When you own a luxury watch, you’re going to want to wear it as often as you can. You’ve invested a serious amount of money on the model you’ve lusted after for some time, so you want a good return on your investment in the form of regular wear time (and to show off to those around you, natch).

But with luxury items inevitably comes the threat of someone else wanting to take it off you with a five-finger discount, and watches, in particular, are highly-prized in the thieving world. But which watch brand would you think is most likely to be stolen? We’d forgive you for thinking its Rolex given its stature in the world of horology, or perhaps you think Omega is the go-to for watch bandits.

But you’d be wrong. According to Le Parisien, it’s your Richard Mille timepiece that you’re going to want to leave at home locked up, especially if you ever plan on visiting France, and in particular, the country’s capital, Paris. 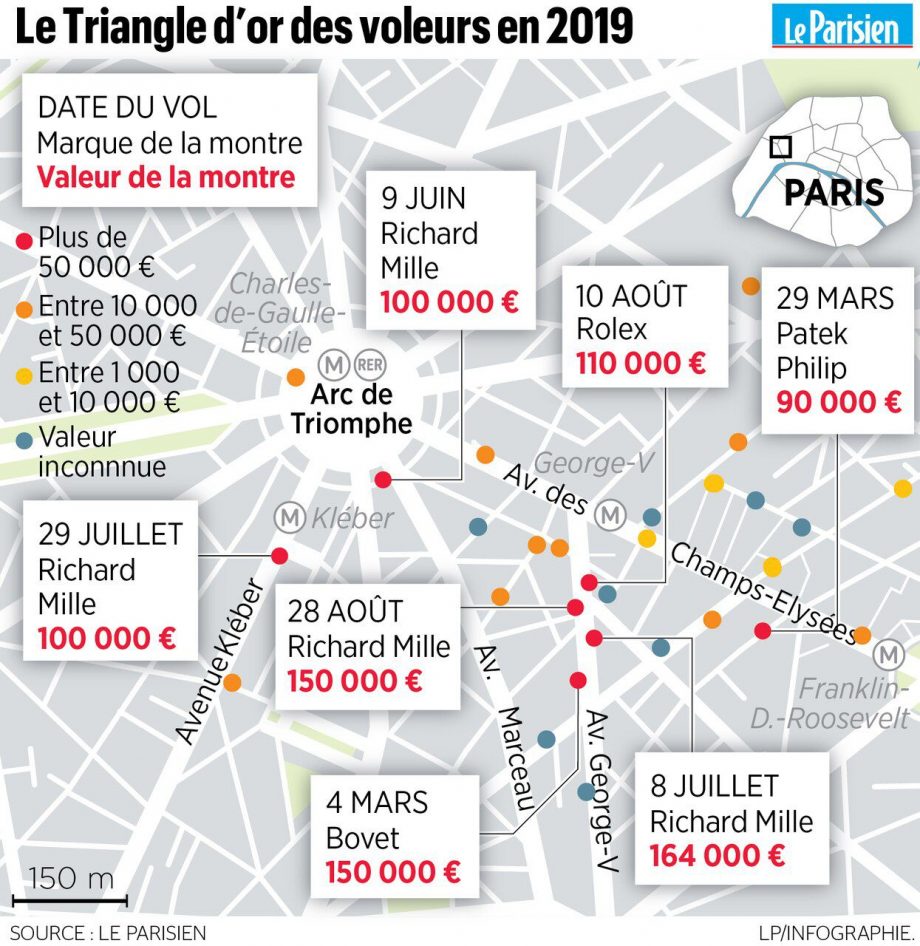 The French publication reported toward the end of 2019 that 71 people were attacked and mugged for their watch between January and September – there were four attacks recorded in one single day in August – many of which were €50,000 or more, and with a total value of nearly US$3 million.

Richard Mille watches proved especially popular, with their iconic and unique design being easy to recognise likely being the main factor – perhaps providing some justification for buying a fake Richard Mille?. Of the eight watches worth over €100,000 reported stolen, five of them were made by the Swiss company.

Despite stealing the high-end timepieces off the wrists of their owners, thieves can only expect to fetch up to 50 percent of their original value on the black market, as they want to get rid of them as soon as possible. Still, at least €75,000 for a two-second job is a pay-rate we’re envious of.

One of the Richard Mille’s snatched in Paris last year includes the $840,000 Tourbillion Diamond Twister, taken from a Japanese businessman while he was having a smoke outside a hotel near the Champs-Elysées. The world-famous street is one of the most likely places you can say bye-bye to your watch, as thieves target the high-rollers strolling between the luxury shops.

So, Richard Milles aside, if you want to make sure you hold on to your baby prized possession, you might want to think about steering clear of Paris altogether.