Beards. Flannel shirts. Turmeric lattes. Chopping boards masquerading as plates. Inner city hipsters have taken a lot of schtick over the last few years. As have their corporate cousins, the “midtown bros,” whose penchant for long sleeved, pastel-coloured shirts, Patagonia vests and finance has inspired a piss-take Instagram account with over 86,000 followers.

However, there is now a new breed of embarrassing humans coming soon to a city near you. Individuals as oblivious as a Midtown Bro and as smug as a Hipster: Scooter Commuters. These “convenience kings” represent the second coming of The Geek, a mythical figure who has been absent from most people’s vernacular since the early years of high school.

But shacked up in their parents’ basements quoting Yoda, no longer they are. Inspired by their older brothers, MAMILs (middle aged men in Lycra), the Scooter Commuters have hopped off Reddit and onto the nations’ roads and footpaths, atop their electric steeds. And although they no longer wear Camelbacks, cargo pants and hiking boots, their ‘function over fashion’ mindset has not budged.

Electric scooters have arrived in Sydney.

While it’s not exclusively the domain of people who say things like, “iphones are overpriced garbage,” and wear t-shirts sporting the slogan, “Welcome to the dark side (we have cookies),” tech workers and backpack wearing businessmen are standing firmly (and one-leggedly) at the forefront of the scooter revolution. 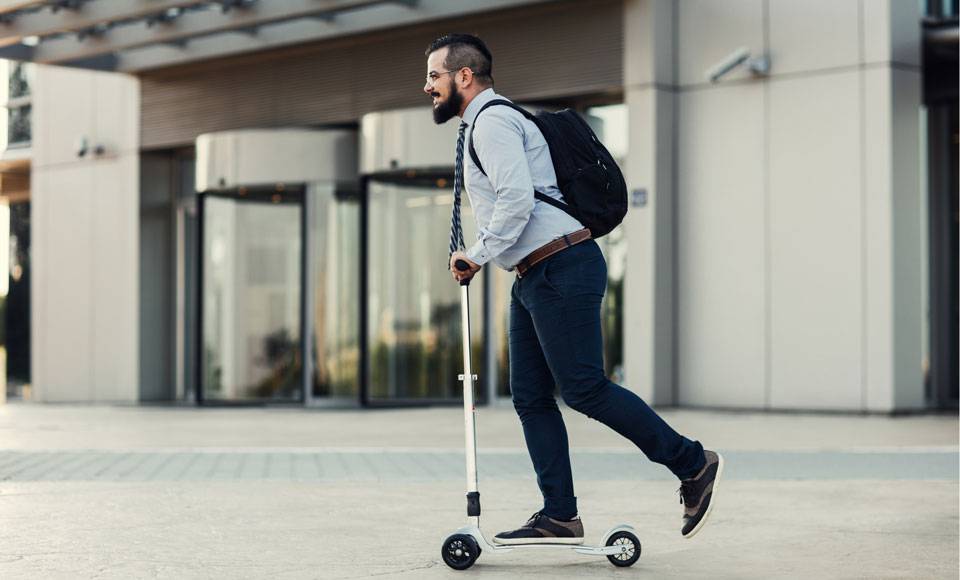 But to make things more scientific, we must narrow down the definition. A Scooter Commuter is someone who values function over fashion. In other words, they don’t have to work in IT, but they do use Android products, don’t mind looking a bit dorky, and eschew establishments like, say, the gym, in favour of Extreme Toys Sydney.

This is why, although electric scooter-share companies like Lime are yet to expand to Sydney (they were held up by some legal issues in Brisbane), we are already seeing an uptick in the number of Scooter Commuters per km2 of the CBD—because Sydney is a city that values function over fashion (if you don’t believe me check out its nightlife laws).

Despite not yet having the scooter-structure of Los Angeles, where dockless scooters are on every street corner, Sydney has, from my methodical observations, embraced this phenomenon at a rate of one caramel frappuccino per week. 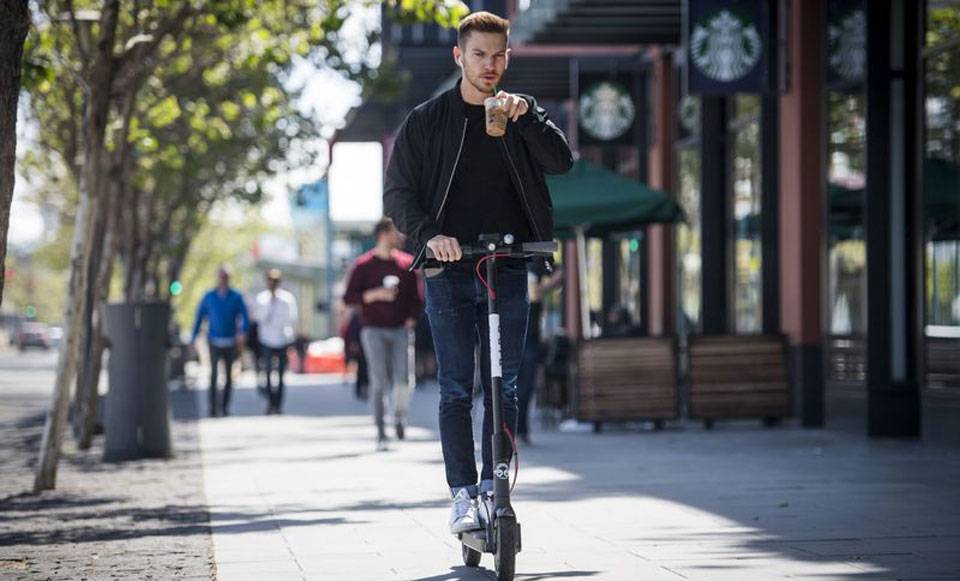 And for those of you who hated the yellow, dockless bikes (y’know, the ones that quickly ended up in trees and rivers), as Robinson Meyer recently pointed out in The Atlantic, you have good reason to be afraid, because unlike the oBikes, scooters may well succeed, “Despite their essential dorkiness.”

“They unite many of the best elements of traveling by car, bike, and foot.”

This is because dockless scooters are self powered (which allows you to get to your destination without looking like you just sweated through a tour de Sydney), faster than walking, nicer than getting the train, and only cost about $2-3 per ride.

The only problem is they make you look like an overgrown child.

So if Sydney really wants to become a sophisticated World City, there is only one sensible solution: ban dockless scooters, and prosecute their riders with extreme prejudice. Otherwise we’ll end up like New York, which was once the greatest melting pot of hot dogs and haute couture in the world, and now looks like this…

RELATED: Napping In Shopping Centres Is Becoming A Thing For Australian Men