The definition of success differs from person to person. Some eye off six-figure salaries. Others dream of a loving family. Others dream of running ultra marathons. Yet others want it all (and end up burning themselves out).

We’re not here to tell you what to aspire to. But what we can tell you is that there are some tricks and tips some of the most prominent celebrities and business people use to manage their time we can all learn from.

A recent admission from Salt Bae, for instance, could earn you hours of time. But, of course, there is a catch: it is a little bit cruel.

Salt Bae, the internet’s sexiest butcher and self-made meme king, recently posted an image to his Instagram story showing himself standing with Hollywood legend Al Pacino. Posing with one of the world’s most famous actors isn’t his technique to becoming successful in life, however, but his admission in the post that he hasn’t watched a movie in 15 years could be an essential piece of advice many of us adopt. 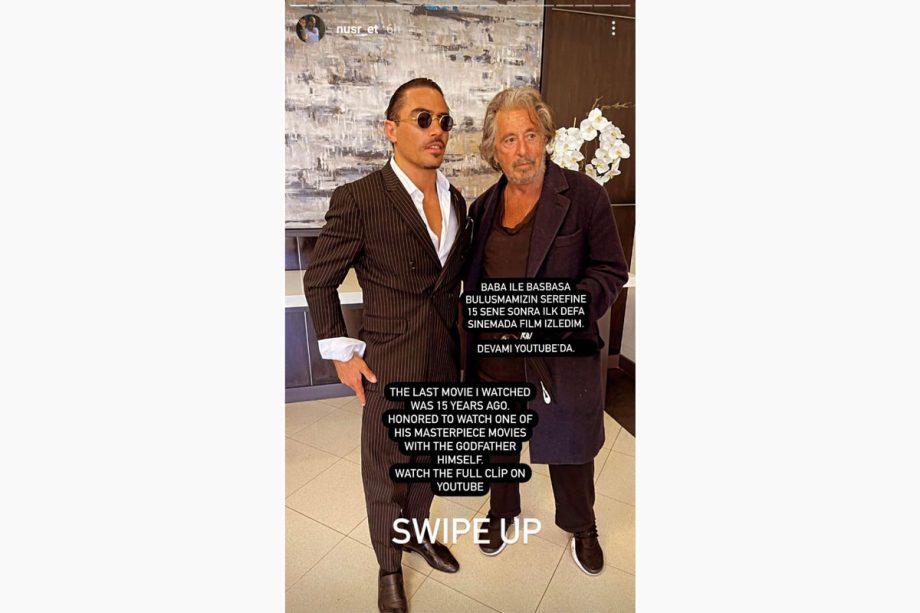 How so? While it may not seem like a lot, by depriving himself of watching movies and, therefore, several hundred hours worth of time, he’s been able to focus his efforts on his career and building his meat empire – which he also recently revealed the inner workings of in a behind the scenes video.

All while maintaining a body fat percentage that will blow your mind.

The takeaway message here is to not spend time doing things that won’t benefit you in life. Something Las Vegas playboy, self-parody, and controversial figure Dan Bilzerian is also a preacher of.

In a video interview posted to Instagram account @expensive_life_quotes, the professional gambler, social media personality and entrepreneur revealed he doesn’t spend time doing things he doesn’t want to do. He further claims that those who have 9-5 jobs have virtually no free time left in the day – once you consider sleeping hours – to get anything done.

Admittedly, he has enough wealth that allows him to pay others to do these tasks for him, such as making his bed and cooking him food, but his “go out and get it” approach to life is one that many of us would do well to be jolted awake by. Individuals like David Goggins preach this message too.

Again, we can’t guarantee that if you stop watching movies you will become more successful. But becoming single-minded is a proven path to increasing the likelihood you will achieve a certain goal.

Now, where was my box set of Lord Of The Rings?