There’s no getting around the fact that as a nation, we love to binge-watch TV shows – especially big-budget foreign fare. Enter SBS On Demand…

SBS is a publically-funded Australian TV network with an on-demand service online where you can access a wide range of movies and TV shows for absolutely nothing.

The content found on the SBS platform is specially curated by its editors, and you’re highly likely to find TV shows you’ve never heard of before, but ones that are of real quality. SBS wants people to keep coming back to it after all, so it’s not going to put out any old drivel.

With this in mind, it’s pretty easy to say that any TV show you find on SBS On Demand will be worth your time, but to help you get up and running, we’ve picked out some of the very best SBS On Demand shows to add to your watch list.

War of the Worlds 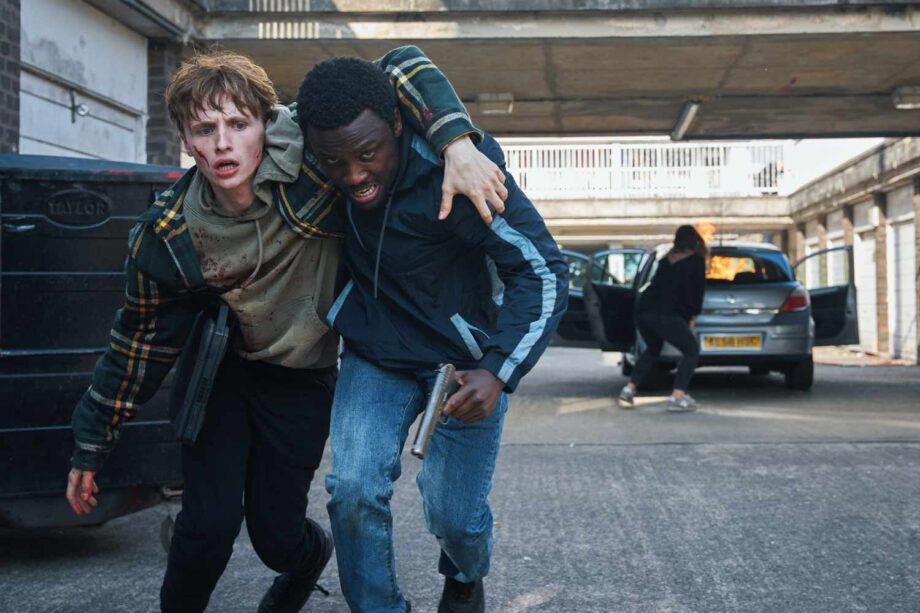 First up, we have the new War of the Worlds series: a bold new take on H.G. Wells’s classic novel about Earth coming to terms in the wake of a sudden Martian invasion.

Arguably the best post-apocalyptic thriller since The Walking Dead, this Anglo-French co-production that’s more cerebral, action-packed and unique than basically any other sci-fi show out there at the moment, it’s a gripping look at how people react to a crisis, what it means to be human and how power and circumstance can warp human morality. 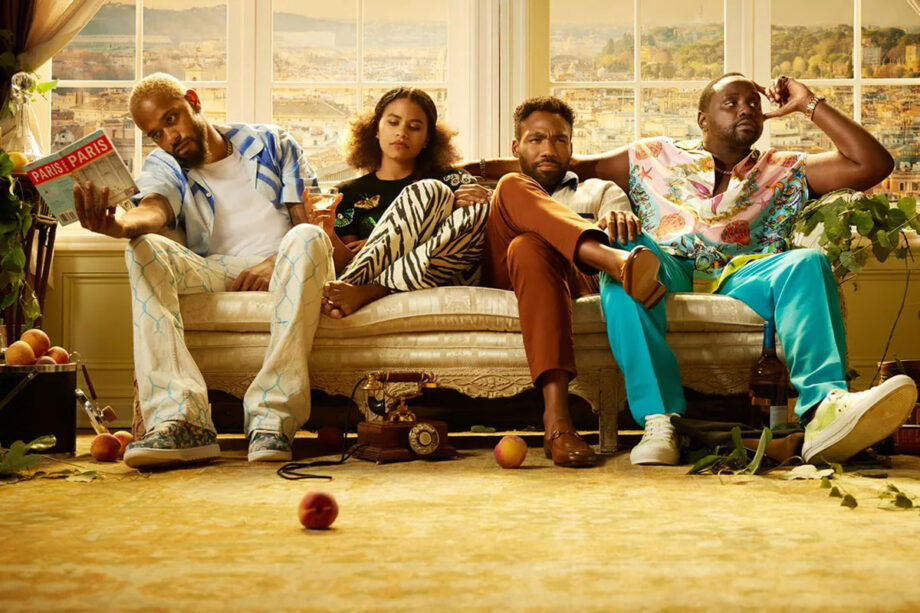 An absolute must-watch, Atlanta is an award-winning comedy-drama TV series created by comedian Donald Glover (who you may know from his musical alias, Childish Gambino).

Atlanta follows Glover’s character Earnest “Earn” Marks and his friend and rapper Paper Boi, played by Brian Tyree Henry, as they make their way through the rap scene in Atlanta. The series touches on poignant topics such as racism, white privilege, African-American culture and existentialism. Put simply, Atlanta is easily one of the best TV shows on SBS On Demand right now. 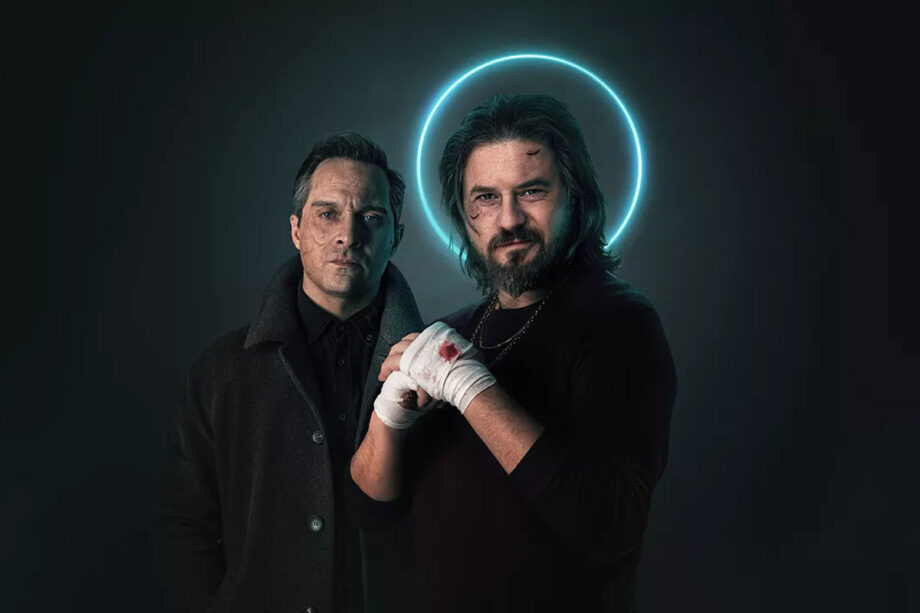 This 2022 Italian drama follows a man named Christian, a man who serves as a henchman for the mob and who lives on the outskirts of Rome. Christian’s life completely changes after he discovers he has the power to cure people with his hands.

There’s only one season of Christian so far, but it has already received rave reviews, with many praising it for putting a modern spin on Christian mythology.

Sorry For Your Loss 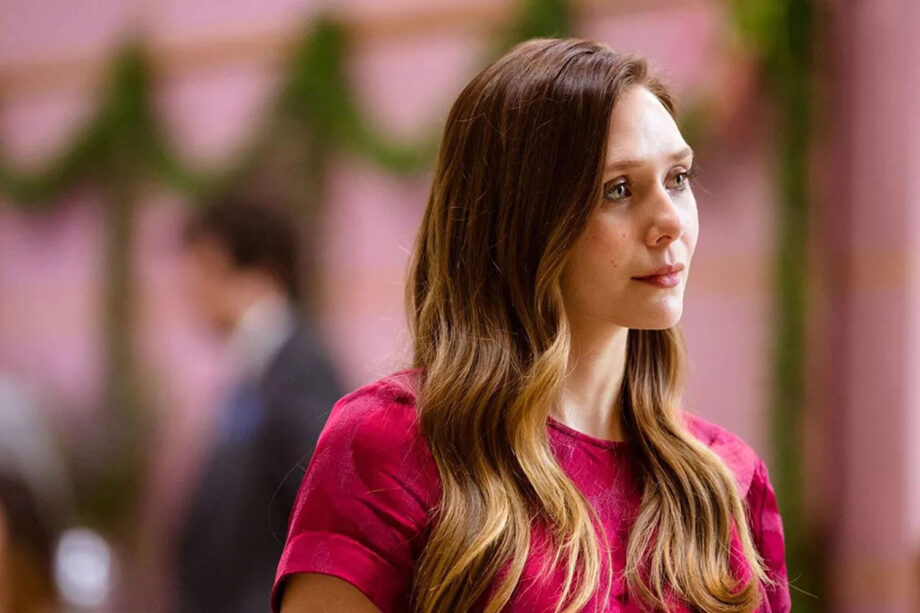 Elizabeth Olsen, who portrays Wanda Maximoff/Scarlet Witch in the Marvel Cinematic Universe and its spin-off TV show WandaVision, stars in this drama series as a young woman named Leigh Shaw. The show was released in September 2018 on Facebook Watch, the video-on-demand service offered by the social media giant, which may explain why you might never have heard of it before.

While Sorry For Your Loss may have been cancelled after just two seasons, it’s still one you should add to your watch list, as it follows Olsen’s character struggling to put her life back together following the unexpected death of her husband. Its cancellation was surprising considering it received positive reviews from critics across the board, with Allison Keene of Collider saying “Sorry For Your Loss is an intense, emotionally raw meditation on grief. And yet, it’s never overwhelming as much as engrossing.” 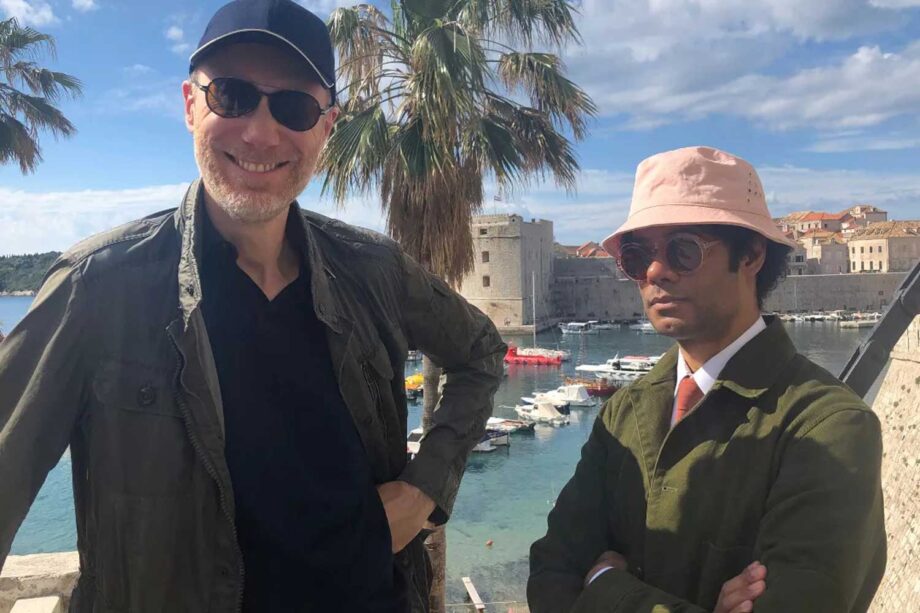 Richard Ayoade, British comedian, master of the deadpan and star of British sitcoms such as The I.T. Crowd, presents this quirky travel documentary series which puts an eclectic and comedic spin on the typical travelogue.

Each episode sees him accompanied by a celebrity guest whom Richard acts as a tour guide for, and, being comedic in nature, you can expect plenty of laughs. Light-hearted and fun, it remains one of the best shows on SBS On Demand. 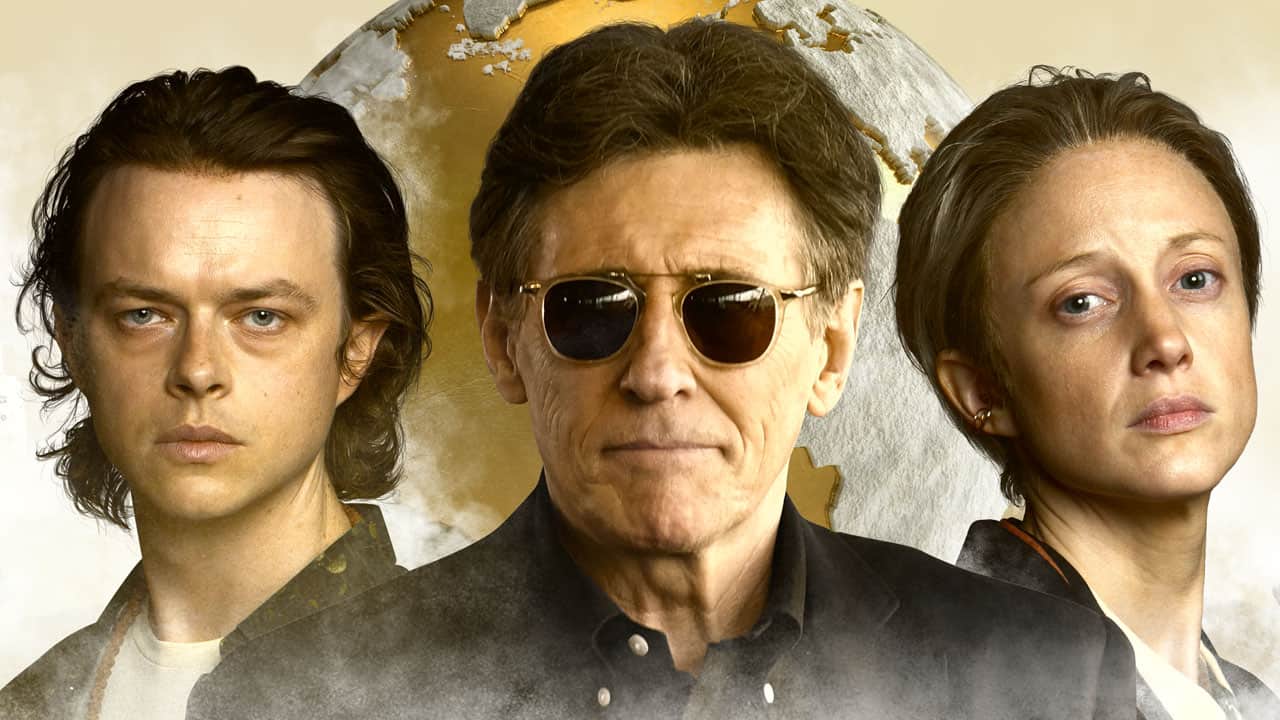 This Italian drama series, based on a book of the same name, is also a must-watch. The main character – for want of a better phrase – is a shipment, with the show following its journey, all the way from its origin in South America, across the Atlantic Ocean and to its Italian buyers.

Naturally, they’re involved in a life of crime. Originally destined for the likes of Sky Atlantic and Amazon Prime Video, this highly-reviewed series is more than worth tuning in for. 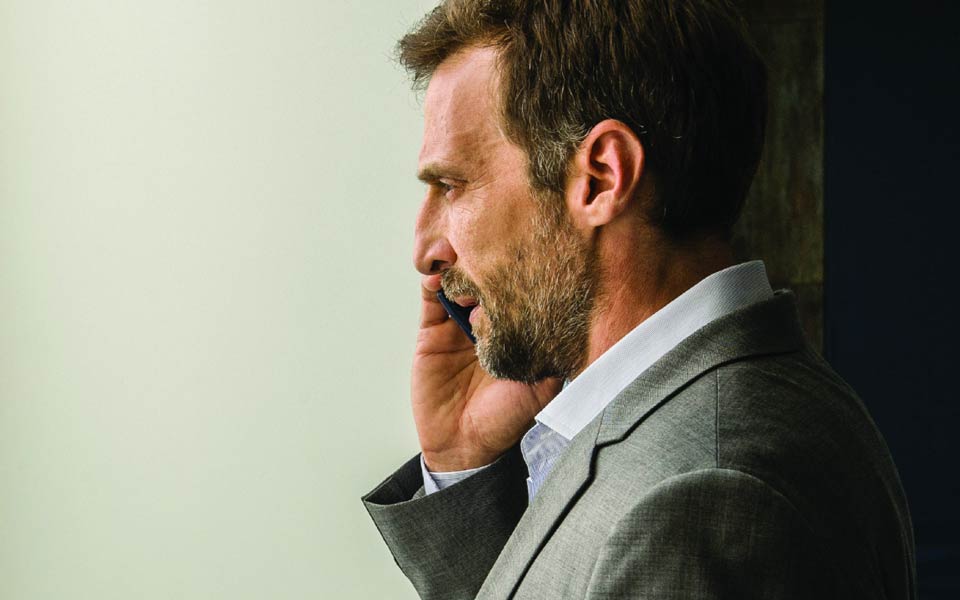 This critically acclaimed French political thriller is based on real-life accounts of former spies and agents of the General Directorate of External Security (DGSE), France’s foreign intelligence agency. Agents that form this squad spend years working undercover and assuming false identities in order to scope out intelligence sources.

The series focuses on one officer who has to readjust to normal life having spent six years in Damascus. If you like Homeland, you’ll love this.

8 Out Of 10 Cats Does Countdown 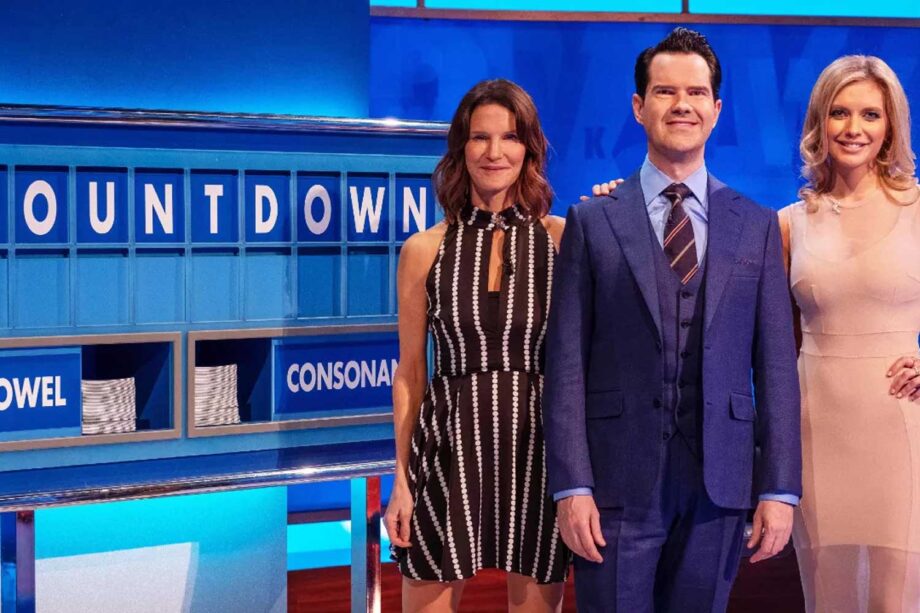 For something a little more light-hearted, this British TV show takes the popular 8 Out Of 10 Cats panel show, hosted by Jimmy Carr, and mashes it up with the longstanding letters and numbers daytime show, Countdown. 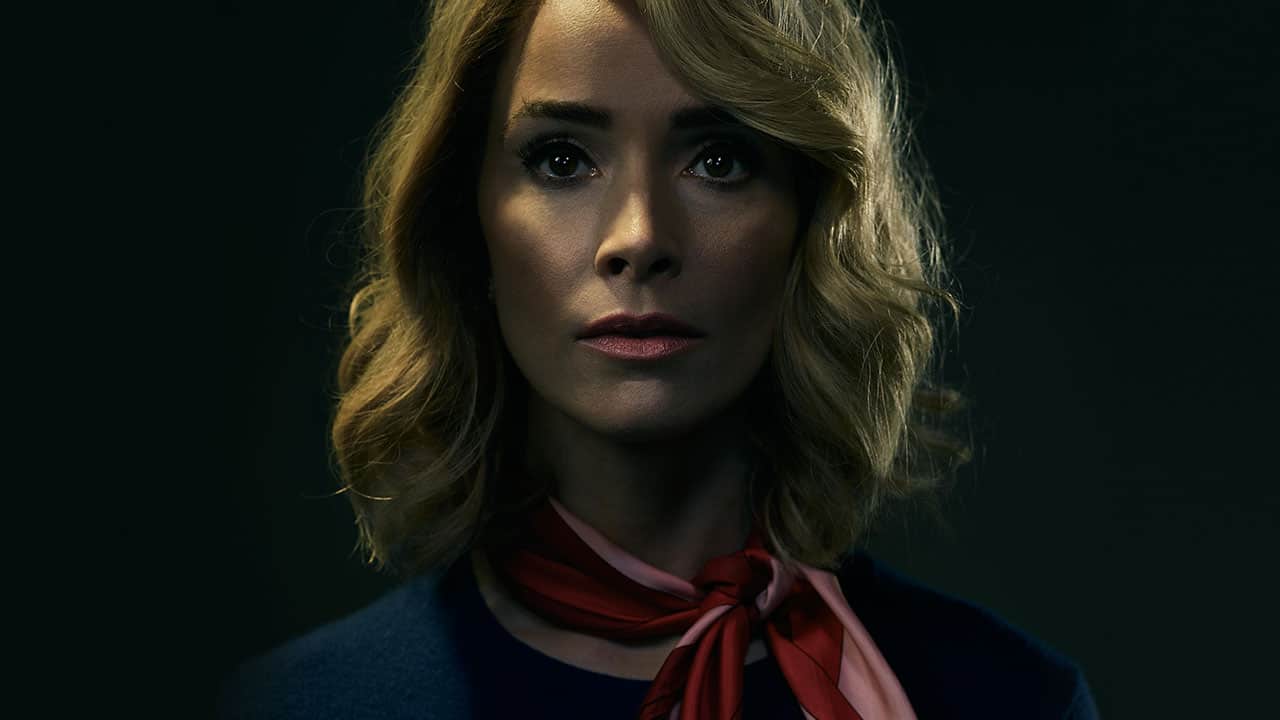 It may have been cancelled after just one season, but Reprisal is still well worth your viewing time. In a similar vein to Kill Bill, Reprisal follows the story of a woman set on revenge against a gang who tried to kill her.

Abigail Spencer takes on the lead role, and you may recognise her from Suits, where she portrayed one of Harvey Spectre’s love interests Dana ‘Scottie’ Scott. 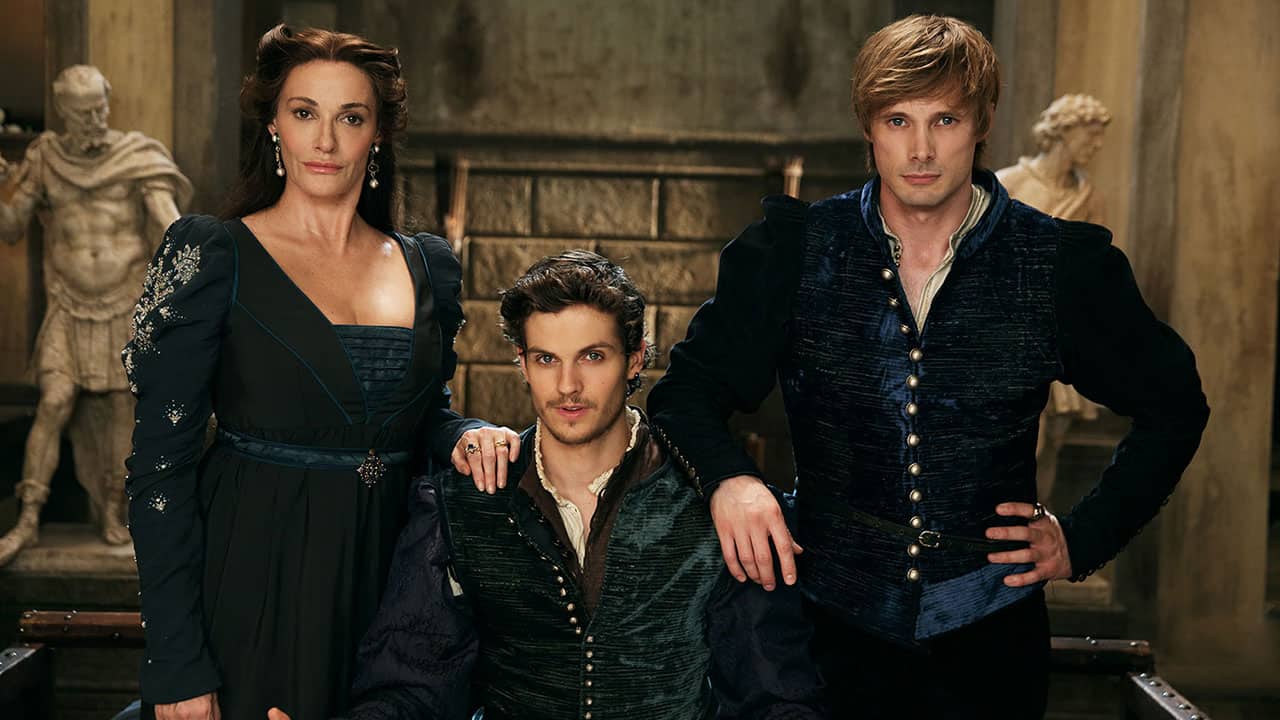 Medici is, perhaps unsurprisingly, an Italian TV series that premiered in 2016. The political drama follows The House of Medici, a real-life banking family – and banker for the Pope – that became notorious in the early 15th century in Florence, Italy. This TV series follows that family, with each season focusing on a different yet specific event.

The opening season follows the story of the head of the family dying and his son, Cosimo de Medici, succeeding him. In real life, Cosimo was the family member responsible for overseeing the first stages of the family’s rise to prominence. Raunchy, violent and well-written, it’s like Downton Abbey meets Game of Thrones. 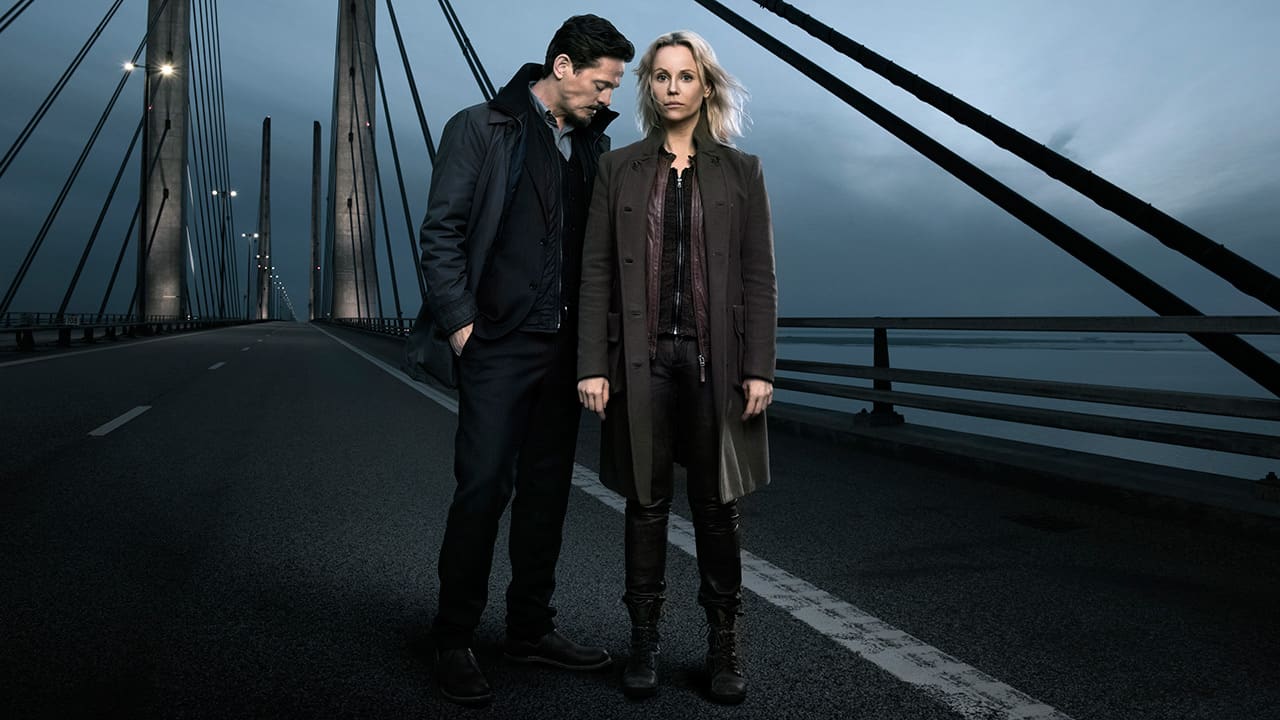 Finally, we have The Bridge: a Scandi noir, but not as you know it. It follows the autistic but brilliant Swedish detective Saga Norén, who is forced to work together with detectives from Denmark following the discovery of a dead body directly in the centre of the Øresund Bridge which connects the two countries.

Darkly funny, well-written and with consistently rave reviews and several remakes, this isn’t a series you want to miss. This one’s a personal favourite.