One of the most common phrases and requests in any barbershop around the world is a short back and sides. So often the first port of call for any young man when he transitions from having his mother ask the barber for him, and he sits down in the chair himself for half an hour of small talk.

Short back and sides haircuts for men have gained its popularity for variety of reasons, namely because they do the simple job of removing excess hair weight from around the sides of the head, leaving just the hair on top and making it far easier to work into all manner of hairstyles. It’s this hairstyle on top that men will slowly but surely experiment with as various haircuts come in and out of style, or they decide to change up their own personal look.

How To Ask Your Barber For A Short Back And Sides Haircut?

To be honest, it couldn’t be simpler. You only need to utter the four words ‘short back and sides’ and your barber should know what to do. It’s a universal cut, so any barber worth his salt will be able to oblige your request. Unless you specify how you want the hair on top to look, you will most likely end up with it being blended at the point where the short hair on the sides meets the longer hair on top. Your barber may also give the hair on top a little tidy up with the scissors to keep everything neat and in place.

And, when you think you’re up to it, you can further specify how you want your short back and sides hairstyle to look. By that, we mean you can tell your barber if you want it faded or not. By default, a short back and sides hairstyle will be cut to the same length all around (a number 2 on the clippers is a failsafe option) but you can ultimately have it cut to whatever length you wish, even right down to the skin.

How To Style A Short Back And Sides Haircut?

The steps you take to styling your short back and sides haircut will be determined by whatever hairstyle you choose to rock with the hair on top. You can’t really do much with hair that is cut down to a number 1 or 2 length, for example. Fear not, read on for our list of best short back and sides hairstyles for men and we’ll reveal how to style and maintain each and every one of them.

Best Short Back And Sides Hairstyles For Men

So, which short back and sides hairstyles have made the cut? Allow us to reveal all.

The French crop is an absolute classic in the men’s hairstyle space. It’s utterly timeless and you’ve probably already rocked it at some point in your life without even knowing it. Defined mostly by its short fringe at the front – which can either be blunt cut or point cut – but also showing just subtle contrast between the hair on top and the hair on the sides, the French crop is a perfect contender for the short back and sides haircut.

Incredibly easy to manage and a men’s hairstyle that doesn’t necessarily need much product or styling on top – it can even look great with a ‘just got out of bed’ look – the French crop is an absolute much for any man wanting a short back and sides hairstyle. It must be said that men with curly hair or wavy hair should tread with a little extra caution, and the extra weight and volume can occasionally cause a bit of mischief, but men with straight hair will be in dreamland.

Another men’s hairstyle that is just screaming to be paired with a short back and sides haircut is the side-part. Just as the name says, this hairstyle sees a parting integrated into the hair, over to one side, with the longer section of hair styled over towards the opposite side of the head. This can either be via a comb-over style, or it can be given a bit of volume and styled upwards for more of a quiff-like look.

Because the side-part hairstyle only relies on the hair on top of the head, the hair on the sides becomes superfluous, and so it works incredibly well with a short back and sides haircut. In our opinion, this is one men’s hairstyle where you’ll want to introduce a fade so that the back and sides get progressively shorter. We’d ultimately recommend a taper fade or a low fade here, as it treads the line perfectly between suave and sophisticated and off-duty casual cool.

Again, however, the side-part hairstyle is one that men with straight hair will get the most benefit from. Men with curly hair or wavy hair shouldn’t be put off, however, as they most definitely can still rock this look, you will just want to make sure your barber has the skills to expertly manage the extra hair weight, and to cut it so that the parting is clearly defined.

However, because virtually all your hair will be removed, you will need to consider the shape of your face before you get the chop. Men with round faces, for example, may not reap the full benefits, but men with square or more oval-shaped faces will look the business. And if you’re someone who wants a low maintenance hairstyle, well, you can’t get much more low maintenance than the buzz cut. There is literally nothing to do be done with it. You don’t even need to own shampoo.

An incredibly low maintenance hairstyle that is kept happy with just a small amount of styling product applied to it, the crew cut hairstyle for men is one that can be rocked regardless of your hair type or face shape. Your barber should be able to adapt to your face shape and cut your hair accordingly so that it blends together well and works with the natural contours of your head. It’s this versatility that has cemented the crew cut hairstyle as utterly timeless.

With its origins in 18th century France, and with Elvis Presley to thank for its notoriety, the pompadour haircut is a men’s hairstyle that has certainly served its time. However, considering it’s still proving popular in the 21st century, there is clearly much to like about it. Most definitely a voluminous men’s hairstyle, the pompadour is one that can completely change your look for the better, and is one that works both at the weekend and during the working week. No doubt popularised even further by the likes of David Beckham – who expertly shows us how to style it – the pompadour really is a men’s hairstyle that all guys should try at some point in their lives.

It works incredibly well with a short back and sides, as, similar to the side-part, it revolves solely around the hair on top of the head, so you can do what you wish with the hair on the sides. And by removing the hair from the back and sides of the head you also place more focus on the pompadour itself, which is ultimately what you want, right? To style your pompadour, you’ll want to enlist the help of a hairdryer to add the volume to the hair, before applying some product. You can opt for either a matte-effect styling paste or a high-shine pomade, depending on your personal preference.

The faux hawk is a men’s hairstyle that can probably be on the receiving end of much judgement, but that’s before people have seen the hairstyle in the flesh. With it naturally being associated with the mohawk – a hairstyle that we don’t believe should be rocked by anyone in this day and age – the faux hawk is defined by a longer strip of hair down the middle of the head, which is styled forwards, and retains the hair on the back and sides (compared to the mohawk which does away with it entirely)

It’s a great example of a versatile haircut in that it can work for the majority of hair types and hair lengths, but like most other men’s hairstyles on this list, the focus is placed on the hair on top, so asking your barber for a short back and sides is a must. Again, you can introduce a fade if you wish, and because of its preppiness, the Ivy League works particularly well with a taper fade. It’s another men’s hairstyle that is incredibly easy to maintain, as it just requires a small amount of product worked through towel-dried hair and finished with a light spritz of hairspray. 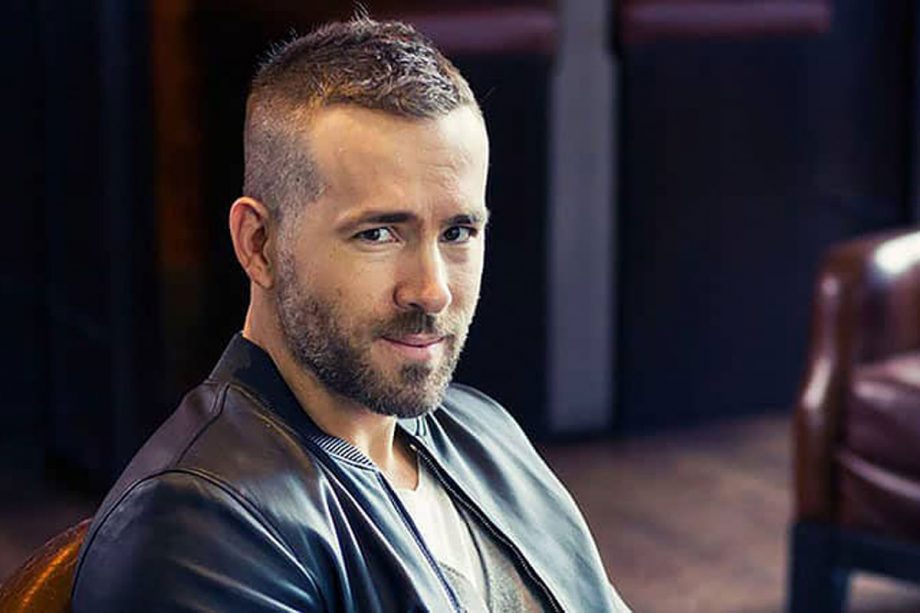 The high and tight hairstyle for men is essentially the short back and sides on steroids. It takes the traditional short back and sides approach but extends it much further up the sides of the head to pretty much where it begins to curve around to form the top. If executed correctly, it can completely change your overall look for the better, and it’s a hairstyle that works particularly effectively if the ‘longer’ section of the head is still kept short. You wouldn’t pair a high and tight haircut with a pompadour, for example.

You will also need to be considerate of the face shape you were given, as because of the excessive amount of incredibly short hair it comes with, it suits guys with slightly longer faces. Round face gents will only have their ’roundness’ exaggerated, which might not be flattering. We’re not saying don’t try, as your barber may be able to work their magic and gift you a haircut you never thought would suit you.

The short and messy hairstyle isn’t necessarily one you go and ask your barber for, but you can tell them how you intend to style your hair after your cut, and they’ll make sure to integrate some more texture to it, allowing you to work it into any position imaginable. A short and messy hairstyle only serves to give you a unique cut and look that helps you to really show off your personality, and it gives you the chance to experiment with the numerous hair styling products now available to men.

If it’s a hairstyle you think would work for you – and ultimately, it works for all face shapes and hair types – just ask your barber for a short back and sides and texture on top. They’ll ask you how much of the hair on top you want them to cut and if you’re unsure it’s always best to start with a little trim (you can’t put hair back on once it’s been taken off) and have them style it at the end.

You’ll probably want to steer clear of high-shine pomade or gel, but instead invest in a quality styling paste or moulding clay and you’ll have yourself a day-long look in no time.