I Switched From iPhone To Pixel For 30 Days; Here’s The Cold Hard Truth About Making The Leap

Can The Google Pixel 3 seduce an Apple fanboi? 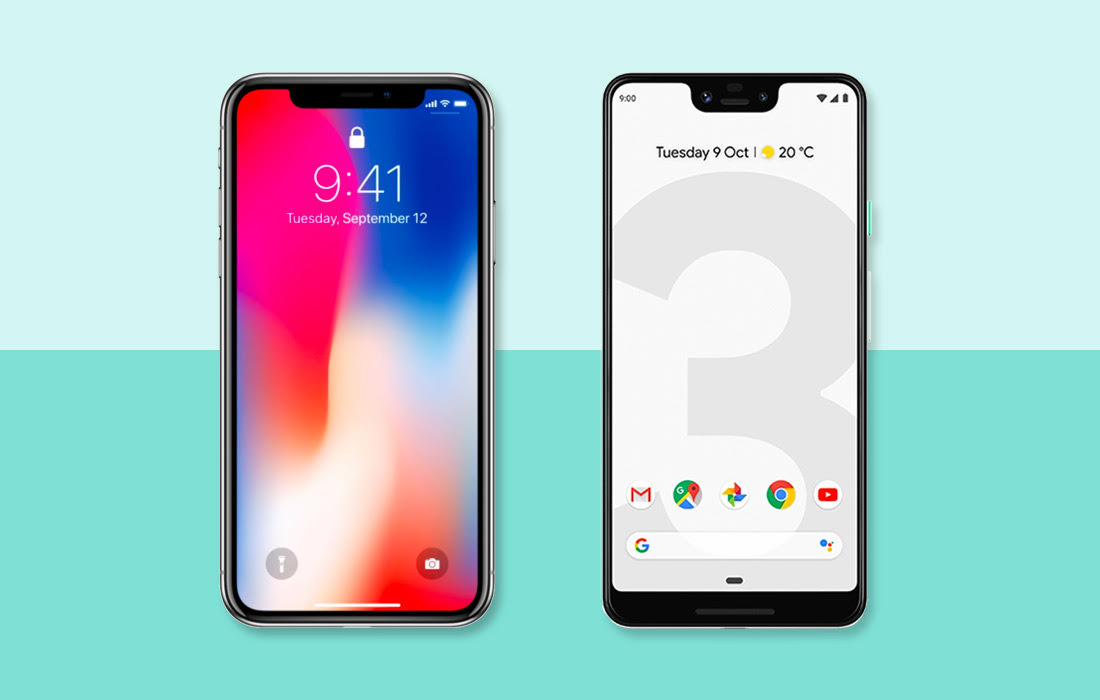 iPhones are as ubiquitous in the hands of ‘creatives’ as Steve Jobs’ black turtleneck is in the wardrobe of angsty French intellectuals. However, although Apple has branded itself as the sexiest purveyor of silicon alive, times change and so does the market.

As I recently discovered, Google’s top-end Android — the Pixel 3 — is a worthy replacement for the iPhone. Once you get your head around it. And with a price of $1,199, the Google Pixel 3 is definitely worth considering, even if you have been an Apple fanboi since Limewire was alive and streaming.

Scary? Sure. But with the iPhone XR coming in at $1,229 and the iPhone XS rattling the piggy bank at $1,629, as your old iPhone reaches obsolescence, it’s worth remembering there’s other tech in the sea.

Take it from me: a long-time Apple user who has spent the last month in an open relationship with a curvy new Google Pixel 3 and my trusty old iPhone 8. From getting butterflies around my new crush to missing the comfort of my old faithful, here’s the cold hard truth about switching from an Apple iPhone 8 to a Google Pixel 3.

1. Switching really isn’t as bad as you think it is.

In the nervous waiting period between order and arrival, my colleagues warned me it would be like learning to use my hands again. For the first few days they were right. However, the little things that bugged me soon became native, and after a couple of weeks everything felt natural.

2. It has the best camera of any smartphone on the market.

It can’t do much about my self-indulgent selfies, but Google Pixel 3’s Night Sight has redeemed my reputation for posting images so grainy that people assume they must not have loaded yet, while Portrait Mode has convinced me I should start a food blog.

Top Shot is also quite useful, automatically recommending you the best pictures (where no one is blinking etc.). However, I tend to ignore it and just pick the one I look best in — my best friend’s unflattering side of the face be damned. After all: you can’t let Google win every time, can you?

Also: the three dual front-facing cameras help you take group selfies with ease (although I am still waiting on a piece of tech that will reduce the tricep cramp associated with this activity) and Google Lens helps you identify cool clothes of random, stylish commuters, while Super Res helps you zoom in without taking a blurry image (although it does take a couple of weeks to stop trying to zoom in as you would on an iPhone).

To see what you can do with the Pixel 3 camera, check out the photos of D’Marge’s editor-at-large.

3. Buying apps for the second time is not ideal.

When you’re using a $1,199 phone you probably shouldn’t complain about having to re-purchase a couple of $4 apps. But still, realising I no longer had TripView and missing my bus kind of sucked.

4. Life after iMessage isn’t as bad as you think.

Despite News.com’s warning that the ‘green text bubble’ could decrease my chances of getting a Tinder date, my one-liners receive the same luke-warm reception as ever. Also: Whatsapp, Facebook Messenger and Instagram DM‘s are where it’s at these days anyway. And Android has its own messenger system for your browser. Admittedly: this won’t work if your co-workers have Macbooks (but this isn’t so much a Pixel flaw as a result of two competing megaliths).

I may have left Apple but I will always love Airdrop. That said, Android Beam, the Google Pixel 3’s file transfer system is fine if you are trying to share with another Android user. However, file-sharing between Mac and Android is still an issue (we’ve found the easiest way is to use Dropbox or Whatsapp).

6. Energy saving mode is the best thing since sliced bread.

Provided your Wifi and Bluetooth are turned off you can get an easy two days of battery life — it just means you have to forego the services of “Hey Google” (Google’s version of Siri). I also found that compared to my (fairly old) iPhone, not only did the Google Pixel 3 battery last longer, but it also drained at a more predictable pace (as well as charging quicker).

7. The lack of iTunes forced me to get with the times.

I initially missed my inbuilt podcast app and the comfort of knowing my music and videos didn’t have to travel through the airways to get to me. However, thanks to downloading Spotify and taking advantage of the free 6-month subscription to Youtube Premium that comes with a Google Pixel 3, I am now no longer living in 2009.

There’s nothing worse than sitting in a meeting, trying to hotspot your laptop with your phone, only to be met with an insouciant iPhone (anecdotal evidence suggests I am not the only one who has suffered this fate). However, thus far, this has not happened with The Google Pixel 3.

It’s a nice touch that my Pixel’s Chrome web browser syncs with Google Chrome on my computer, which I was actually using already instead of Safari (#confessionsofanapplefanboi).

10. Setting the alarm reminded me of dial-up internet… in a good way.

To set your morning alarm you don’t scroll through a list of hours then minutes as you do on an iPhone; you drag your finger around a clock face until it lands on the right hour, then do the same with the minutes, all to a rather pleasurable metacarpal vibration.

And it goes even faster if you plug your Macbook Pro charger into it (one area where Google and Apple have come to an uneasy truce?).

12. Customisation of the home screen is kind of a big deal.

You can make your diary always visible and make various other adjustments. Trust us: your boss will thank you. Also, even though I find iPhones more intuitive (largely because I have been using them for the last 10 years), I found the Google Pixel’s features (particularly the camera) allowed you to do more, once you got your head around using them.

After hitting the iCloud paywall a few times it’s nice to know Google will let me amass as large a digital horde as I can manage.

14. Google Assistant is a worthy replacement for Siri.

No major differences — they both work well.

15. Transferring from an iPhone to a Google Pixel 3 is remarkably simple.

As long as they are both fully charged this is a relatively painless process, where you send all your (free) apps, contacts and data down a cable and into the Pixel.

16. The Pixel’s ‘button on the back’ is more intuitive than the iPhone’s ‘thumb on the front’.

Some may miss Apple’s facial recognition system, but I got used to The Google Pixel 3’s fingerprint scanner reasonably quickly.

17. Sending photos from the Pixel to an iPhone using MMS will result in significant loss of image quality.

This can be easily avoided by using Dropbox or Whatsapp though.