It’s often the little things that make an outfit really stand out. Everyone has a black suit but the ones we talk about have a little extra flair to them. Everyone likewise has shirts and ties but the ones that you notice have a little extra something. It was the extra somethings that Aaron Paul was bringing to the red carpet in Spain over the weekend.

Aaron Paul appeared at the Sitges Film Festival for the red carpet of his new film El Camino: A Breaking Bad Movie where he returns to his role as Jesse Pinkman. The movie is a follow on from the events of the season finale of Breaking Bad and follows Aaron’s character as he comes to terms with his past. Produced by Netflix the film is directed by Vince Gilligan who was the creator of the original series.

For the event, Aaron wore a blue suit with a surprising canary yellow t-shirt underneath.  It’s a great suit choice and it’s one that we have often promoted due to how flexible it is. The two colours chosen by Aaron are on the opposite ends of the colour spectrum which is what can make them work so well together. The blue in this instance subdues the yellow shirt making the combination stand out. Even more so when he is next to the black and orange car at the front of the premiere. 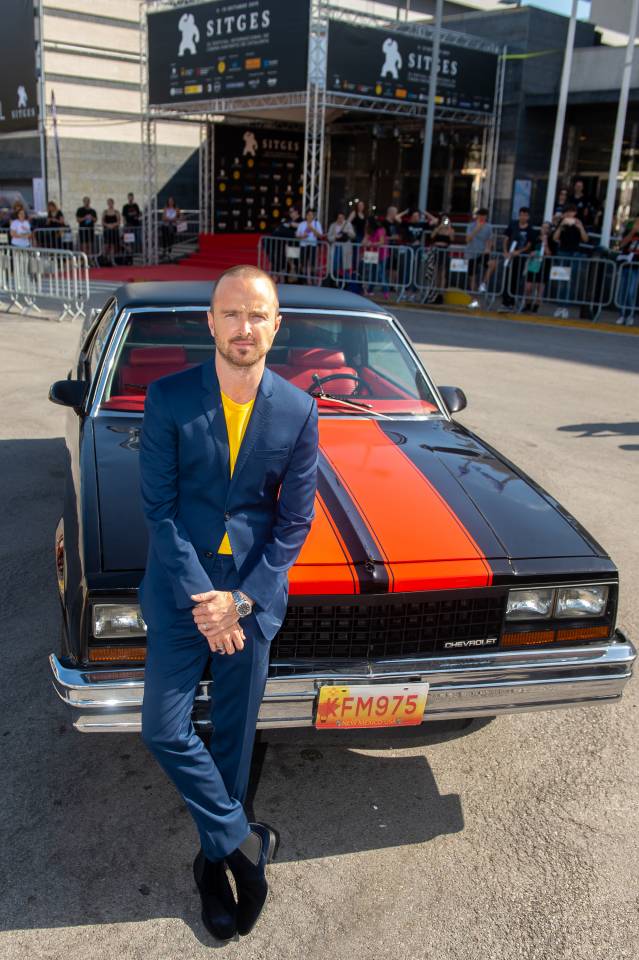 The yellow may be eye-grabbing but where you should really be looking is Aaron’s extremities. Starting at the bottom Aaron is rocking a pair of blue suede Chelsea boots. Suede tends to give off a more casual vibe and certainly, when paired with the t-shirt it makes this look a smart-casual classic. Suede can be a risky choice given how damaging rain can be to the material, but if you can’t wear them in sunny Spain then when can you.

Then we move up to his wrist where the actor is showing off a silver Rolex. Aaron’s Datejust 41 Rolex features an oyster bracelet and is available for AUD$12,400. The blue dial 41mm is characterised by hour markers fashioned from 18ct gold with the date displayed in a window at the 3 o’clock mark. The actor has become known for his watches with even a whole Reddit thread being dedicated to discovering what he is wearing. 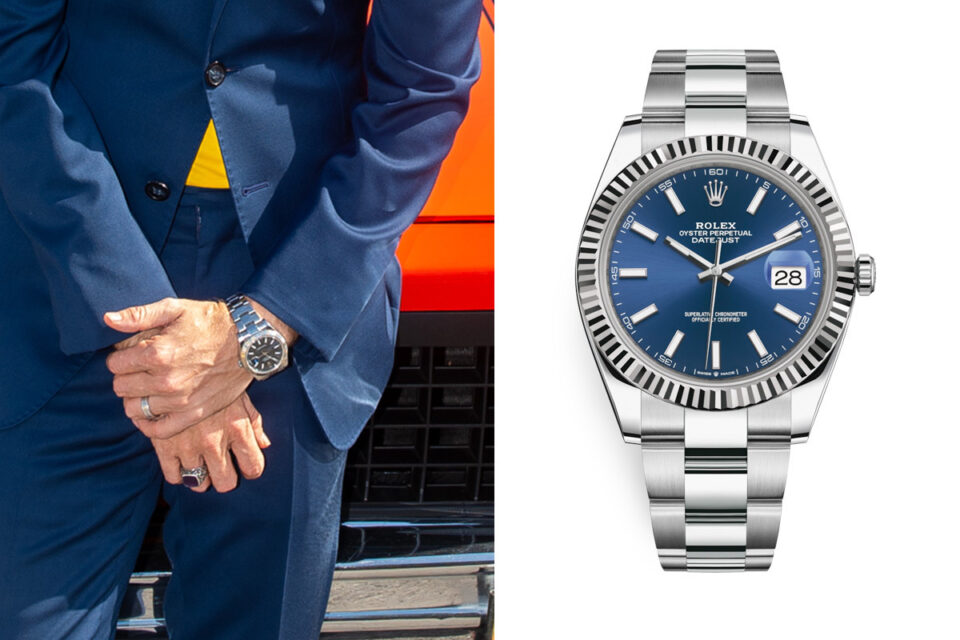 Aaron has been keeping low lately and even kept the filming of El Camino under wraps until recently. The entire production was done covertly, with unmarked cars and even private planes to fly the actors to the locations. It’s just a film guys, this isn’t Area 51, you don’t need to be so covert.

The actor has become better known recently for his voice work on Netflix’s BoJack Horseman where he plays an a-sexual, one of the first portrayals of the sexuality on screen. However, he is getting back in front of the camera next year with roles in Westworld and Truth Be Told that will come out next year.