Red carpets, being papped on casual strolls around the neighbourhood, and big parties are all second nature in the life of a celebrity. It would surely come as no surprise if the rich and famous turned around and said they were sick and tired of constantly being in the limelight.

But until their careers tumble faster than a human pyramid of drunks, they have to come up with ways to defend themselves against the cameras, while still remaining loyal to their fans. Brad Pitt appears to have come up with one such solution: oversized sunglasses. 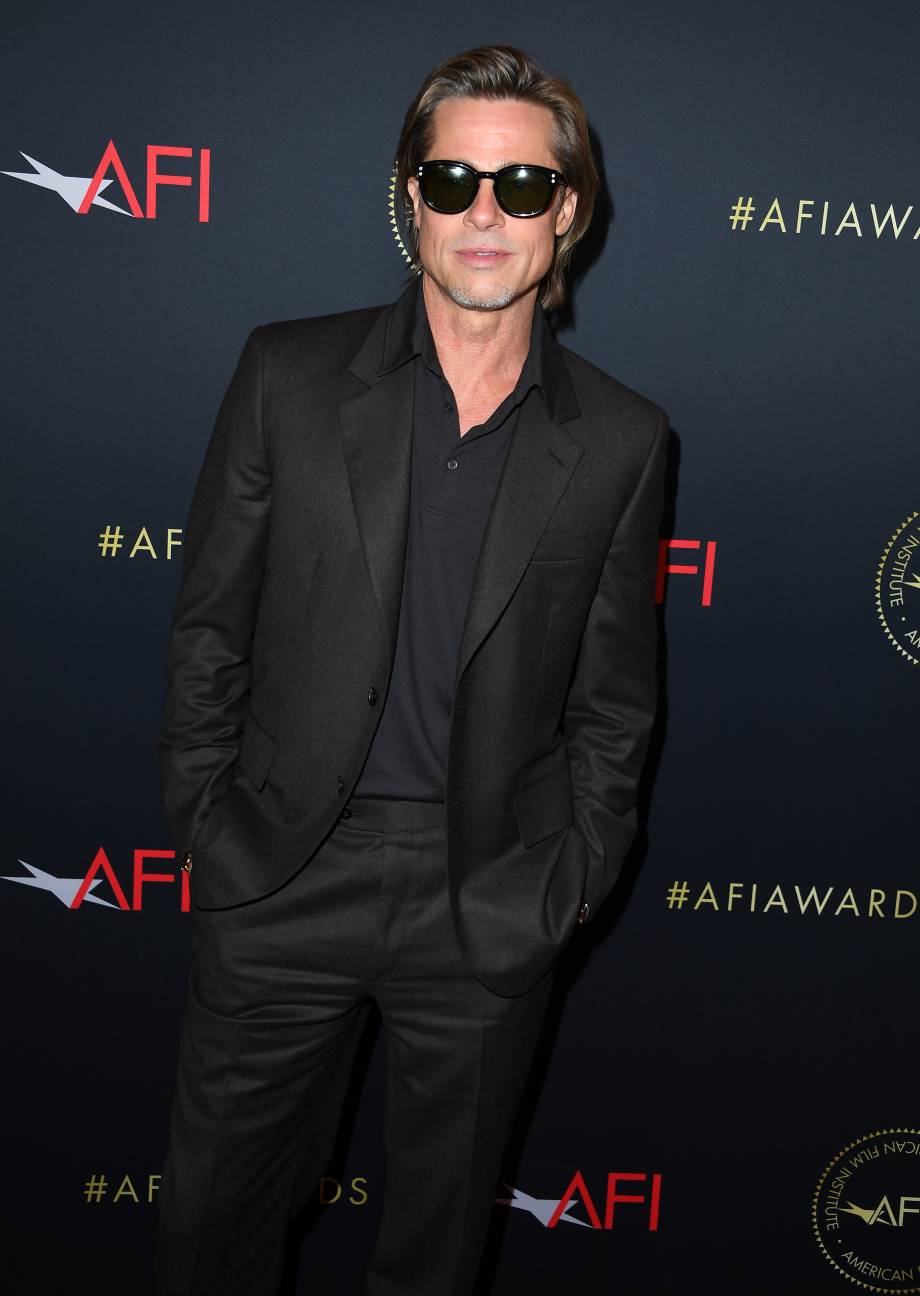 Seen sporting some enlarged eyewear at the Annual AFI Awards in Los Angeles on January the 3rd, the World War Z star gives us all a style lesson for when the cameras start flashing. And while sunnies can sometimes be used to cover up the effects of the night before, we can’t obviously comment on his post-New-Year hangover state.

It’s not just his sunglasses that have us wide-eyed though, as he confidently teams a dark charcoal suit with a navy polo shirt. It’s a style move we don’t see very often, but with Brad’s outfit bordering on the right side of smart casual, we think it’s one that should be employed at more formal occasions.

And as if that wasn’t enough, he finishes his casual sartorial ensemble off with a Breitling Norton watch with a steel bracelet, which will set you back a somewhat affordable AU11,250. It’s a timepiece the actor has been seen wearing on numerous occasions in the past and is a collaboration between the Swiss luxury watchmaker and British motorcycle company Norton.

With the film awards season in full swing, Brad will be hoping his recent blockbusters Once Upon A Time In Hollywood and Ad Astra will bring home trophies so shiny he’ll need to invest in some bigger sunnies.