Making a bold statement on the red carpet is one thing but going full safari is another. That’s what Chadwick Boseman did last week when the king of Wakanda stepped out in an eye-catching metallic brown suit complete with electric blue leopard print. 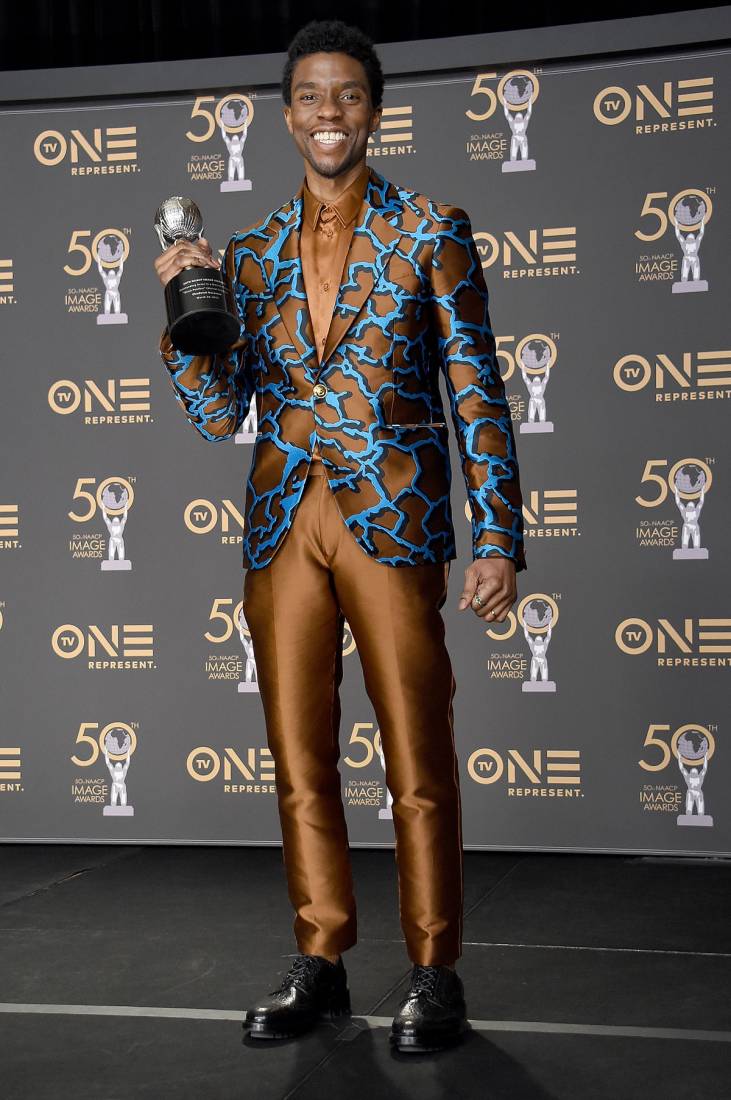 The American actor joined the rest of his Black Panther cast at the 50th NAACP Image Awards in Hollywood alongside an equally polished Michael B. Jordan who rocked one of the weirdest shirts we’ve seen this year. If the duo were vying for attention though it would have been Boseman who came out on top. The single button suit was nicely fitted (maybe a bit too fitted if you concentrate on the crotch region) and paired to polished black lace ups and matching metallic brown trousers minus the print. His shirt meanwhile was devoid of a tie, instead letting the metallic brown hue shine without further details required. 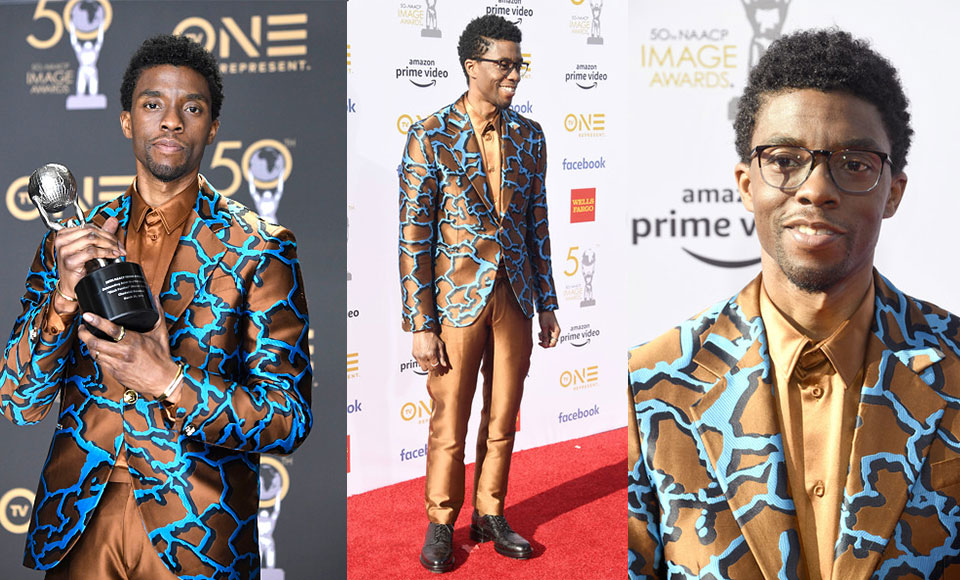 Would we recommend rocking a suit like this? Probably not, but that’s the beauty of celebrity world where things can be tried so that you don’t have to in the real world. In the meantime, those in need of more conventional suits can start here.