Melbourne may steal most of Australia’s limelight when it comes to the best nightlife the country has to offer. Sydney too has a number of world-class cocktail and whisky bars that you simply can’t go through life without visiting. But let’s not forget dear old Brisbane, situated on the gob-smackingly gorgeous Gold Coast, as it too has a high number of fine drinking establishments that you’ll do well to spend a few weekends visiting.

But rather than simply provide you with a list of the best bars in Brisbane, it doesn’t necessarily mean they’re cool bars. Places that you really can’t wait to recommend to your friends if they’re planning their own trips to Brissy in the future.

We here at DMARGE believe ourselves to be well-versed in the act of coolness, and so have filtered out a large group of bars in Brisbane to bring you the definitive guide to the no questions asked coolest bars. 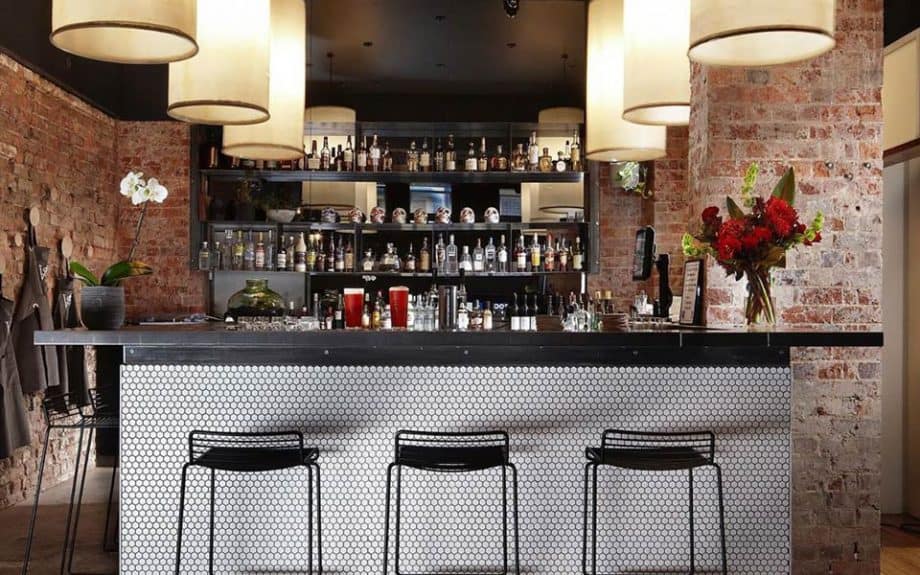 This split-level bar tucked away on Brisbane’s oldest lane gives off an air of coolness right from the off, as it has no major branding to be seen. It’s more one of those bars you need a veteran to guide you to. Once inside – you’ll probably want to head early for a greater chance of grabbing a seat – you’re presented with an extensive list of beers, a curated selection of wines and a heap of house cocktails that will happily accompany you over hours of conversation. 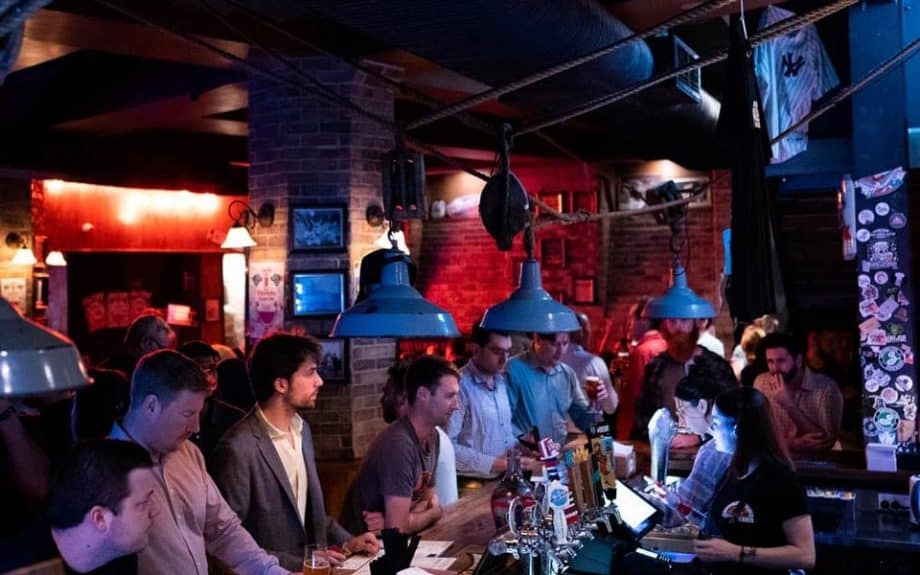 Find the secret door down the Eagle Lane laneway and take a staircase downstairs and you’ll be greeted by Brooklyn Standard, widely regarded as one of the best live music bars in the city. Anyone is welcome at Brooklyn – this isn’t the sort of bar people go to be ‘seen’ at. It’s unashamedly American themed, with American brews being served behind the bar. But you go here for the music, which starts off with a live band or acoustic set before the jukebox starts belting out classic Motown hit. 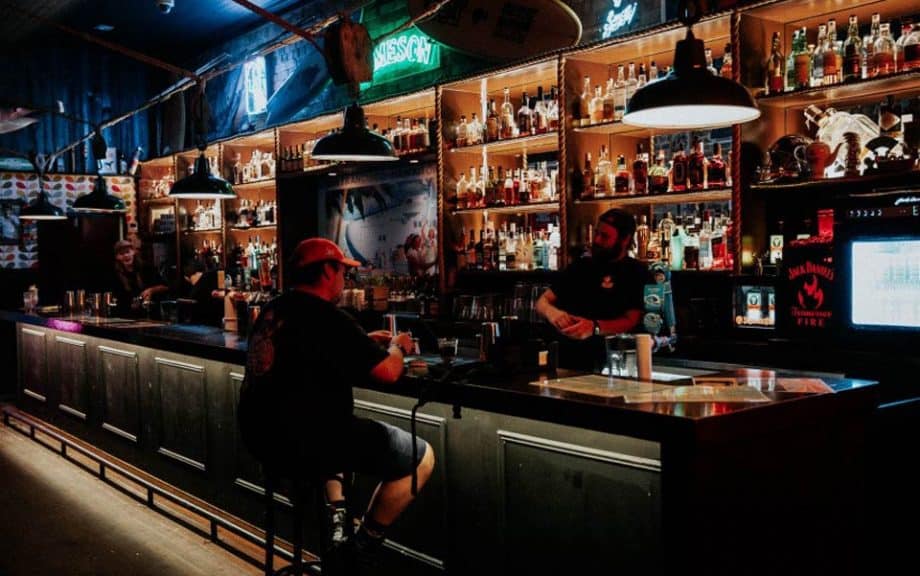 Another American themed bar – but this time the tropical climates of Hawaii – is Suzie Wong’s, which is also a speakeasy that is accessed via a refrigerator door (it’s also owned by the same company who owns Brooklyn Standard). There’s nothing chilled about Suzi Wong’s once inside though, as this neon-lit bar is pumping all night long with live music every night, covering a variety of genres. A small selection of beers can be savoured, but Suzie’s is all about the house cocktails and shots, which draw heavily on rum for their base ingredient. 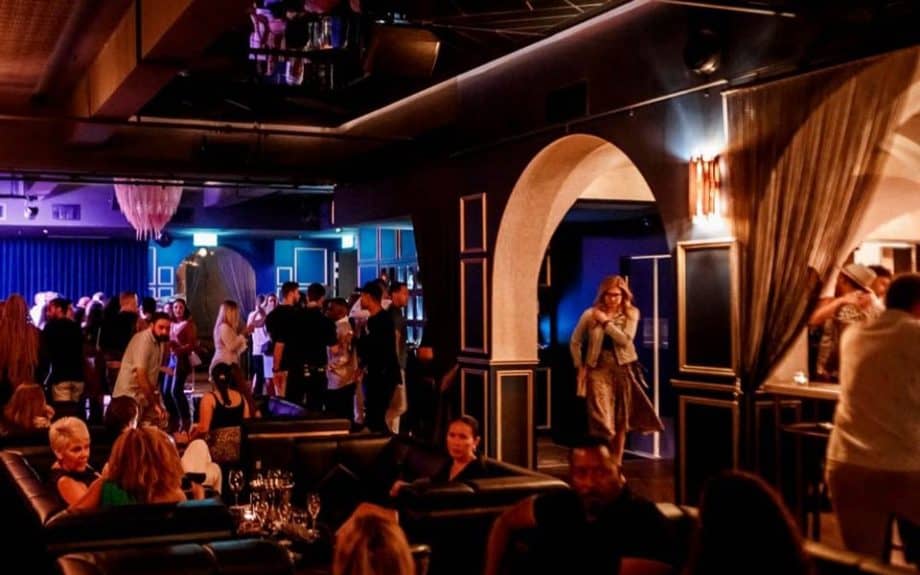 A date at The Boom Boom Room could result in some boom boom in a room of your own. It’s certainly one of the more opulent bars on this list, being decked out in a black and gold colour scheme, leather sofas and a well-lit bar with velvet stools. Some private lounges can also be found lurking within the confines of the four walls, perhaps for more intimate conversation. Jazz and blues music is pumped out through the speakers, creating a soothing atmosphere for you to enjoy an eclectic range of spirits – which includes some rarities – and cocktails. 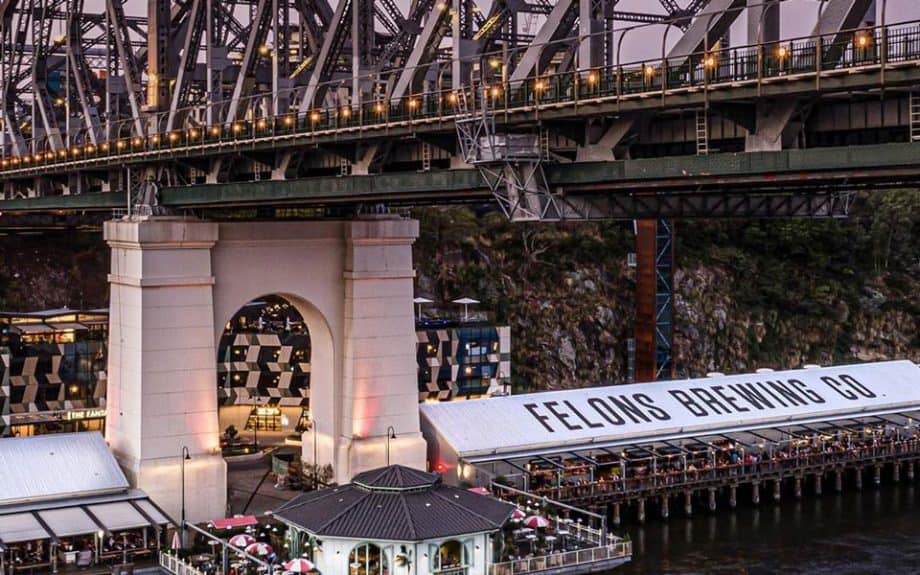 If it’s beer, beer and more beer you want when heading to a bar, we implore you to check out Felons Brewing Co. Nestled in a superb spot under the Story Bridge and with unobstructed views of the neighbouring river, Felons itself is a huge iron shed of a building. This is a casual beer and burger spot make no mistake – or local fish and chips if you so wish – and if you can’t find yourself a seat out on the verandah, your next best bet is to find a table near the giant working silos where many of its beers are brewed. 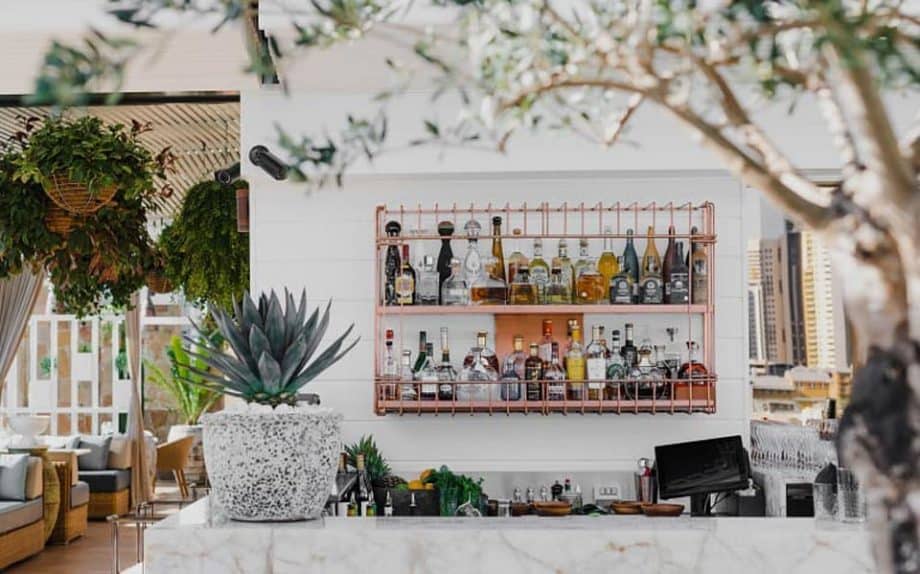 From basement and riverside bars to the complete opposite now and rooftop bar Maya Mexican, which offers an expansive 270-degree view of Fortitude Valley. It’s not going to be around forever, unfortunately, as it has been opened as a six month pop-up, but since it only opened up in July, you’ll have plenty of time to grab a seat before it does go. Once you’re there, you’ll be treated to a whirlwind of a food and drinks menu, which, naturally, puts an emphasis on tequila. 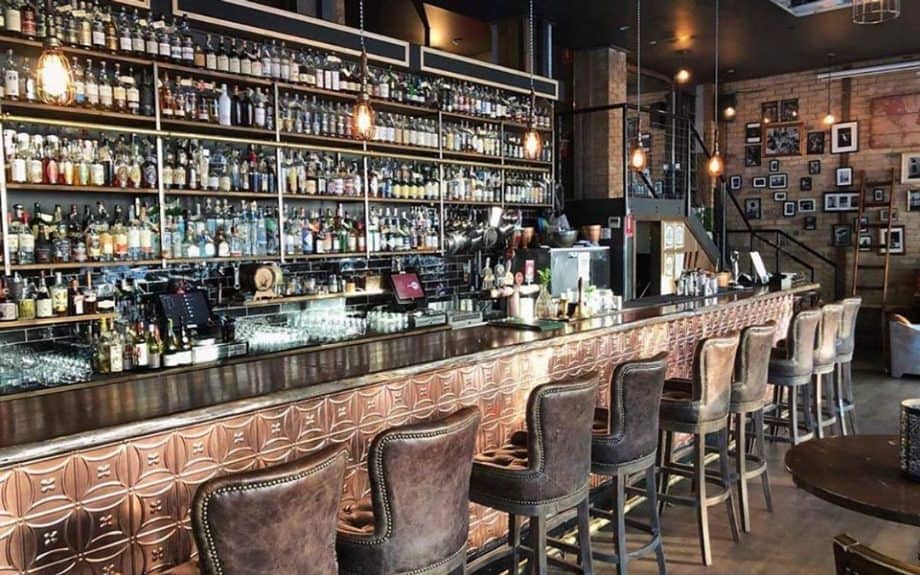 This highly sophisticated bar is a whisky lover’s paradise, owing to the fact it stocks over 300 varietals of the stuff. If whisky isn’t your bag, don’t be put off, Cobbler caters to all tastebuds. With a good selection of beer and wine available also, not to mention an incredible selection of cocktails (the bartenders also happen to have an encyclopaedic knowledge of drinks so can make anything you desire) Cobbler will soon become a regular haunt for you and your friends. The bar itself is very loft-style in its appearance, with exposed brick walls, mismatched sofas and chairs and a mezzanine lounge. Pure bliss. 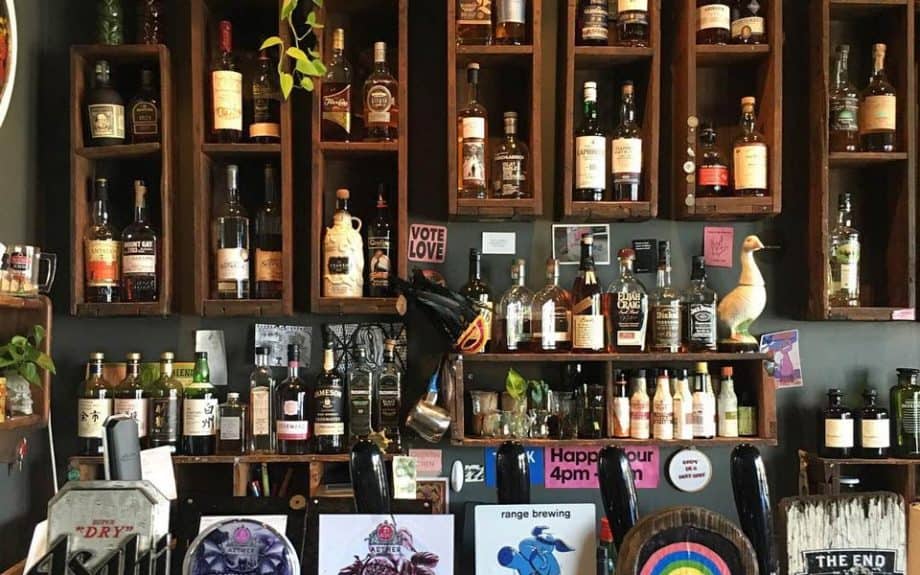 A short trip outside the CBD to the West End is where you will find The End, an incredibly welcoming and approachable bar with a warming attitude towards customers and drinks. Leather couches are on standby for you to slump into, allowing you to enjoy an evening of conversation with friends – your dog is welcome inside too – while sipping on a broad range of cocktails, delicious wines and refreshing craft beers. 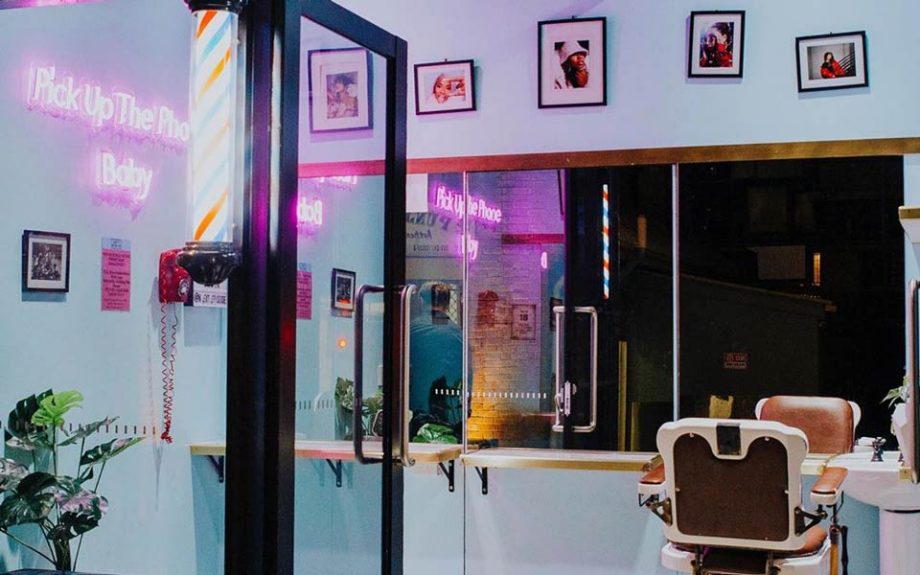 Find the small barbershop tucked away down Fish Lane, head inside, pick up the phone, enter the code (you can find it on the bar’s Instagram page) and step on through into Next Episode, a hidden hip-hop themed bar. Murals of famous rappers, pink neon lights everywhere you look and cocktails with names that take inspiration from the hip-hop music industry. As for music, do we even have to say? 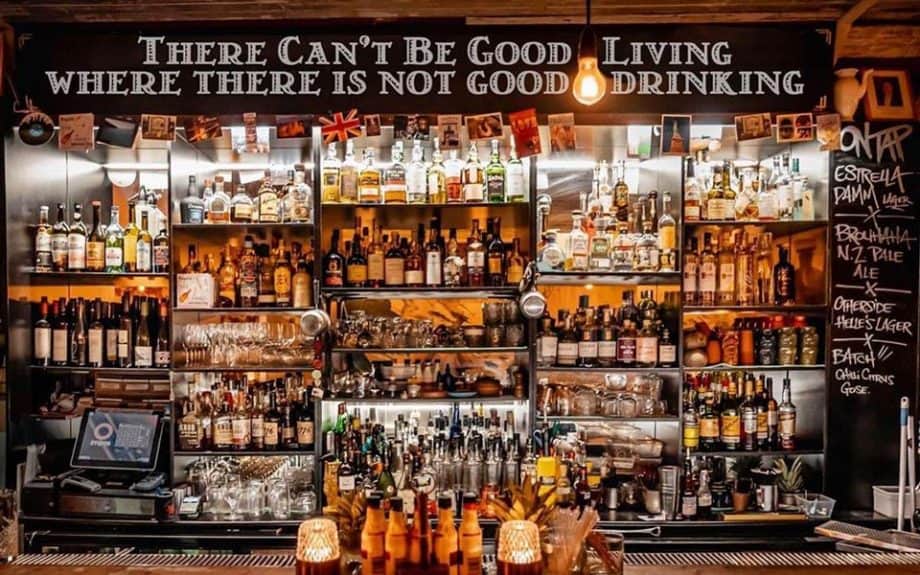 Canvas is one of those bars that you can either head to as your first port of call on a night out; a couple of casual mid-week beers; or the spot you spend your entire night, such is its charm. The bar is well-stocked and serves up some of the best cocktails you’ll ever get your lips around, the tapas-style menu is one you’re definitely going to need to try at some point, and the small beer garden is the quintessential place to spend a summer’s evening. 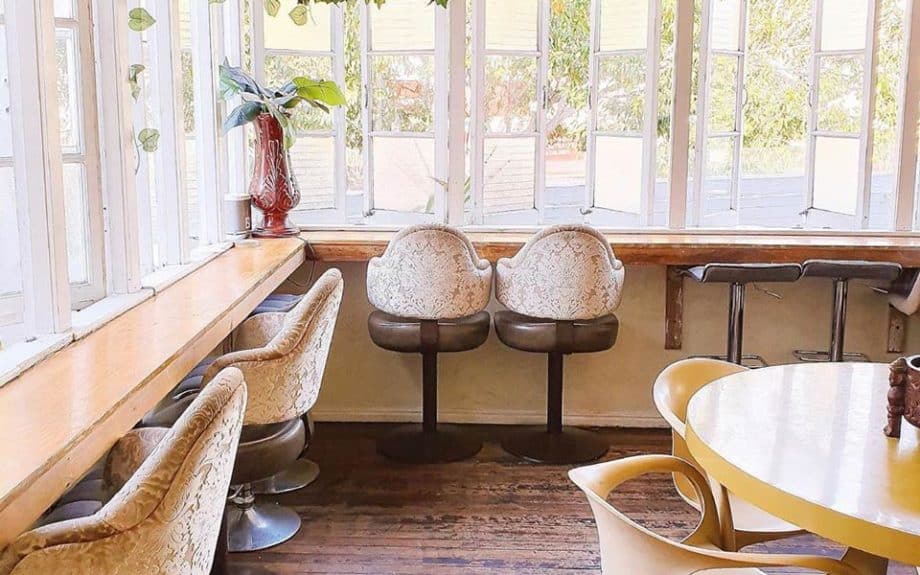 A repeat winner of the Brisbane’s Best Bar Award, Fitz & Potts is one you need to add to your list of go-to joints. It’s just cool. It’s not a particularly big space, and occupies just a single level above a cafe. An astroturf roof garden (which dogs on leashes are allowed to frequent) wraps around the outside, while inside you’ll find a series of laneways leading into various, uniquely decorated rooms. Everything is of a 1970s vibe, but colours, fabrics and decorations differ from room to room. As for the drinks on offer, well, it’s all Australian and the food menu is plant-based, so vegetarians and vegans won’t be left wanting. 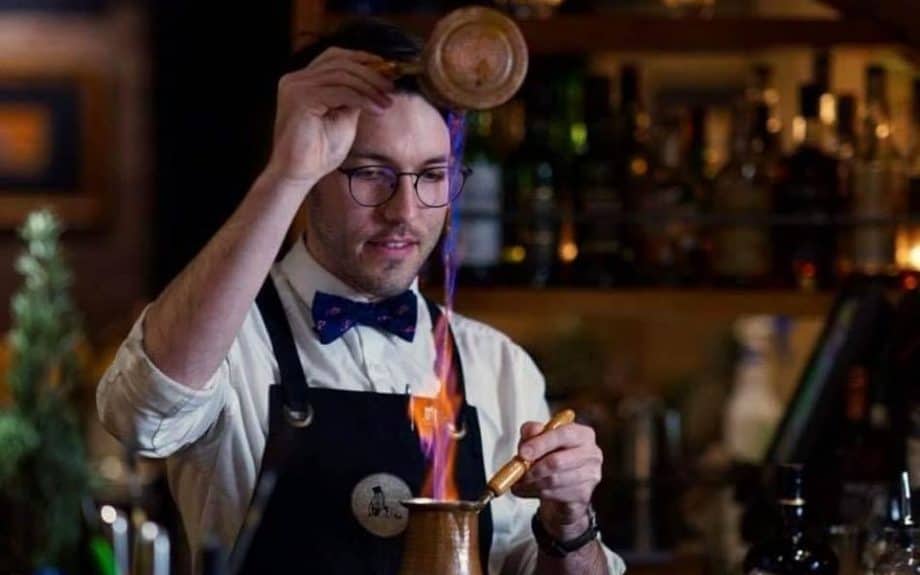 The Walrus Club is unequivocally Prohibition in its approach to décor and atmosphere. Hidden underground, beneath the Regatta, The Walrus Club, like Fitz & Potts, has a number of rooms hidden away in nooks and crannies. All spirits are, naturally, catered for, but The Walrus Club specialises in rum and as a result, is decorated with a smattering of rum barrels (it also takes it names from the floating rum distillery the SS Walrus) and has some 170 varietals on the menu. For a trip back in time and some mouthwatering drinks alongside, look no further.