David Gandy is no stranger to making the fashion world weak at the knees with his sultry looks and boulder-like jawline, but he has now done it with his Bond-esque jacket.

Stepping out at The Fashion Awards 2019, held at Royal Albert Hall on Monday night in London, the British model (best known for his work with Dolce & Gabbana) gave every man a masterclass in black tie style.

Pausing in his trademark, “left hand in pocket, right hand loose” pose, Gandy was snapped on his way into the event wearing a cream white dinner jacket (find it here) every man should own. Why? We submit the following photo as evidence. 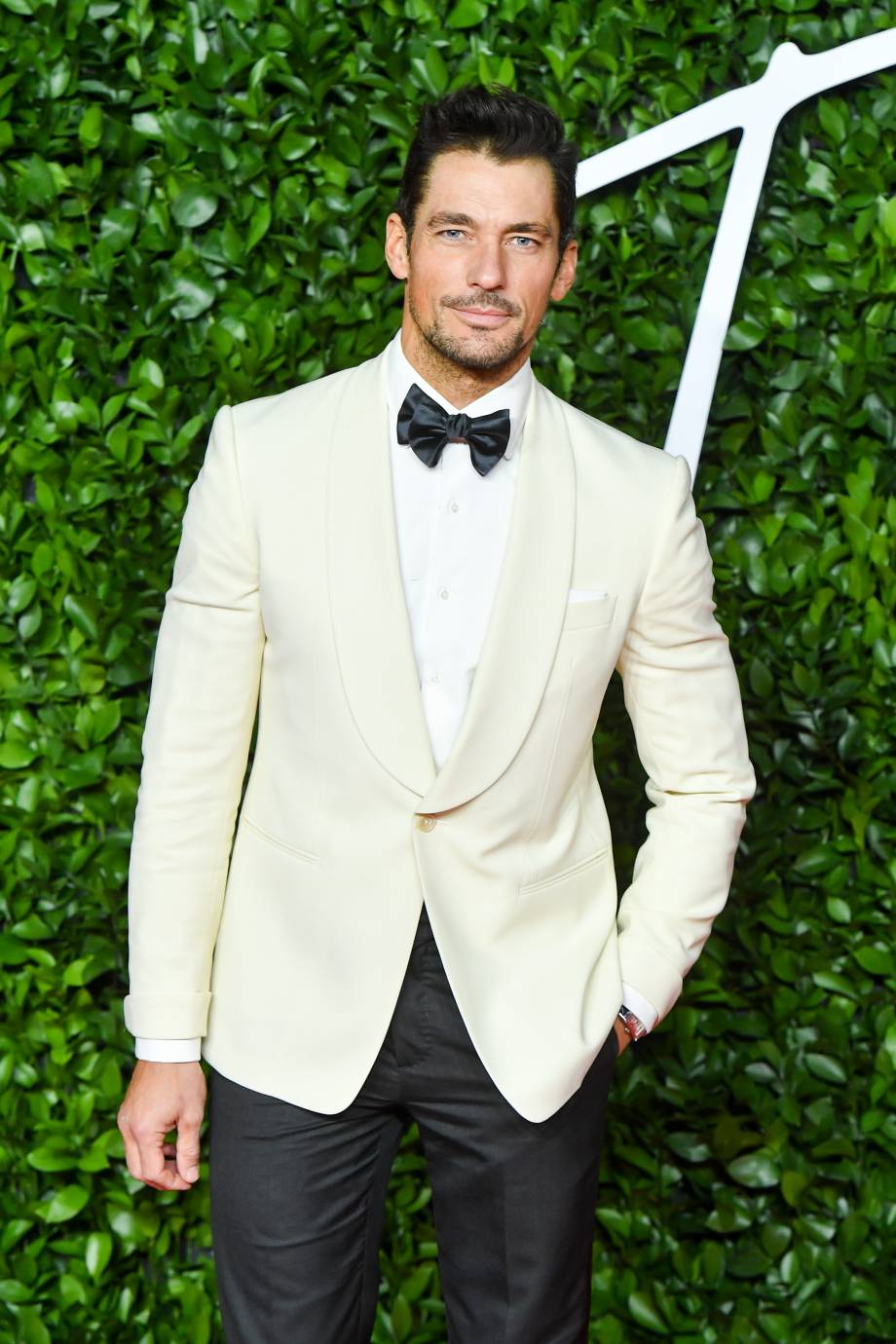 Perfect for when you don’t want to wear all black or all blue, this wicked wrapper helps you subtly stand out from the crowd (it also helps to pull it off if you have a tan or a darker complexion). To complete the look, Gandy also wore a crisp white shirt, a black bow tie, black dress pants and black dress shoes.

While Daniel Craig’s James Bond wore the $4,390 slim-fit silk-blend Tom Ford ‘Windsor’ version of this jacket during the train scene in Spectre, you can get the Kingsman iteration from Mr Porter for just $1,995 (we are yet to discover the exact brand Gandy is wearing, but it looks similar to the Kingsman).

As for the rest of the event: others like the ever dapper Tom Cruise, actor Nicholas Hoult, film producer Mohammed Al Turki and designer Samuel Ross went for more ‘safe bet’ outfits, while  Gandy stood out with his semi ostentatious energy – a vibe we all ought to channel every now and then.

The Fashion Awards celebrates creativity and innovation in fashion, awarding exceptional individuals for their groundbreaking style moves over the past 12 months, as well as the brands and businesses that have transformed the possibilities of fashion today.

To cap it off, Naomi Campbell gave an emotional speech as she was presented with the night’s top prize, Fashion Icon, which she highly deserves. Speaking of deserving: we also can’t help but feel Gandy’s jacket warrants an award of its own, too.