How To Rock Colourful Trousers To Work & Play Without Getting Teased

Colours doesn’t mean you need to look like a clown. 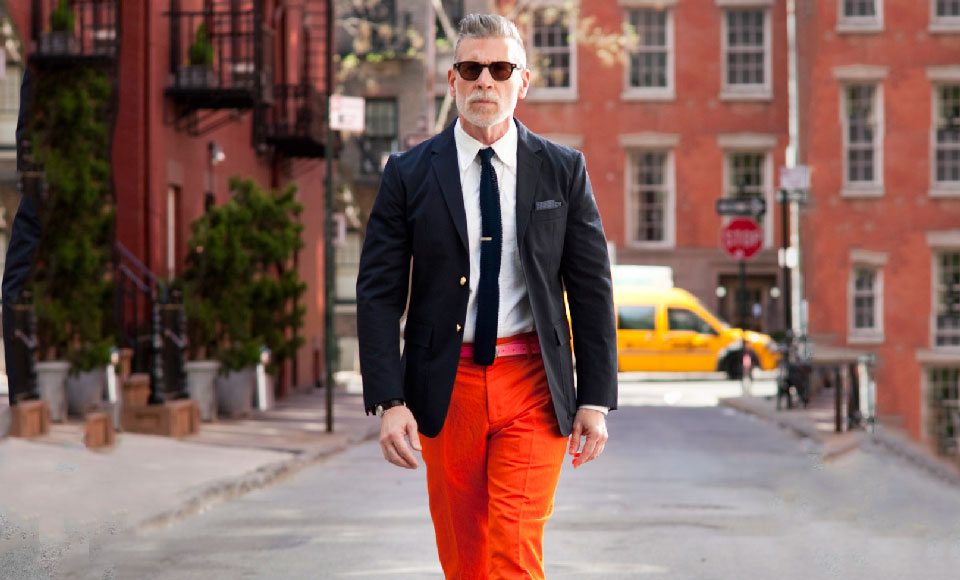 We’re big advocates of bold colours on men but a big no-no is when some guys take it so far that they end up looking like shifty gelato salesmen with questionable sources of dairy. Neither his fashion or your beloved dessert will go down well in the end.

It’s proof that colours in the style game can go terrifyingly wrong on men, so today we’re looking at how to wear colourful trousers. 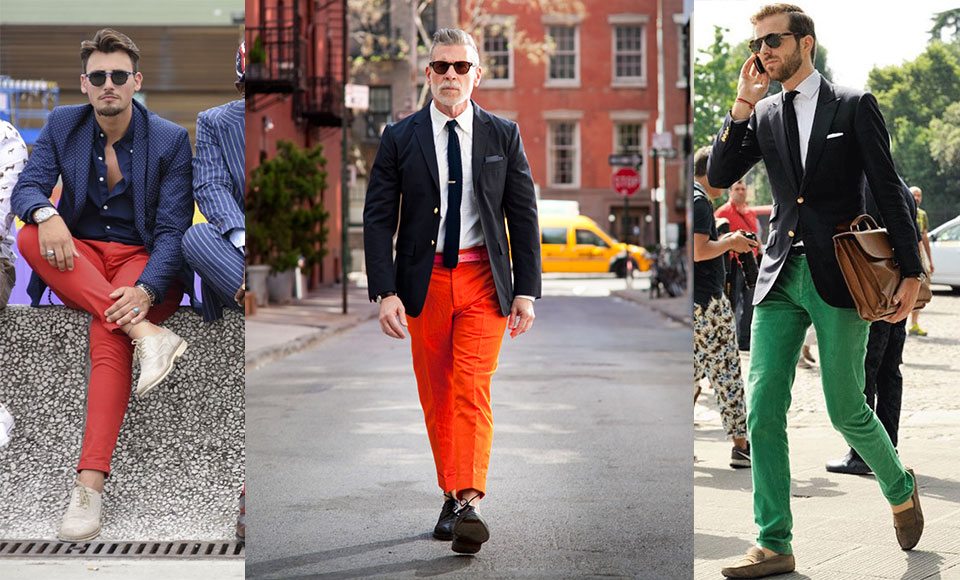 Pick and select your colourful separates carefully when going down the suiting route. Make sure the trousers are the focus and feel free to throw in some patterns too, similar to what Conor McGregor is known for. Keeping the other pieces of the outfit within the blue or black range will allow the whole look to pop without leaving you looking like a circus clown leader. And remember, your coloured trousers should complement each other, not match exactly. 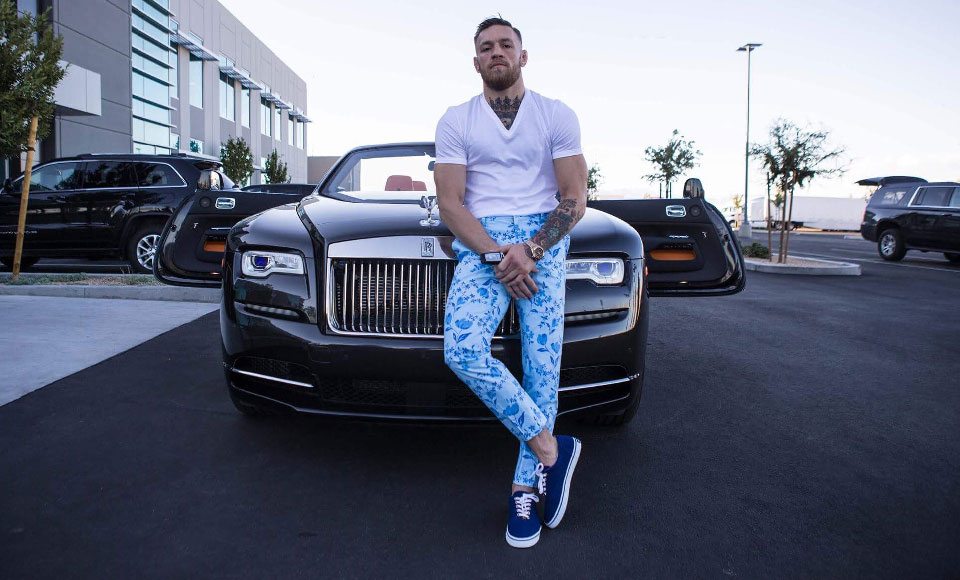 The 90s are back baby and it’s all about that mod-grunge/sartorial rock star look. Men like Conor McGregor are leading the way at the moment with his tenacity and personality to go for more flamboyant coloured trousers complete with floral patterning. We’re not saying this is something all men could pull off, but start conservative with other patterns a pair of bright plaid trousers and step it up from there.

The trick here is to keep everything else subtle and the trousers loud. Note McGregor’s plain white v-neck here which breaks up the striking baby blue and floral motifs perfectly. Balance is the key here.

Don’t Over Do It 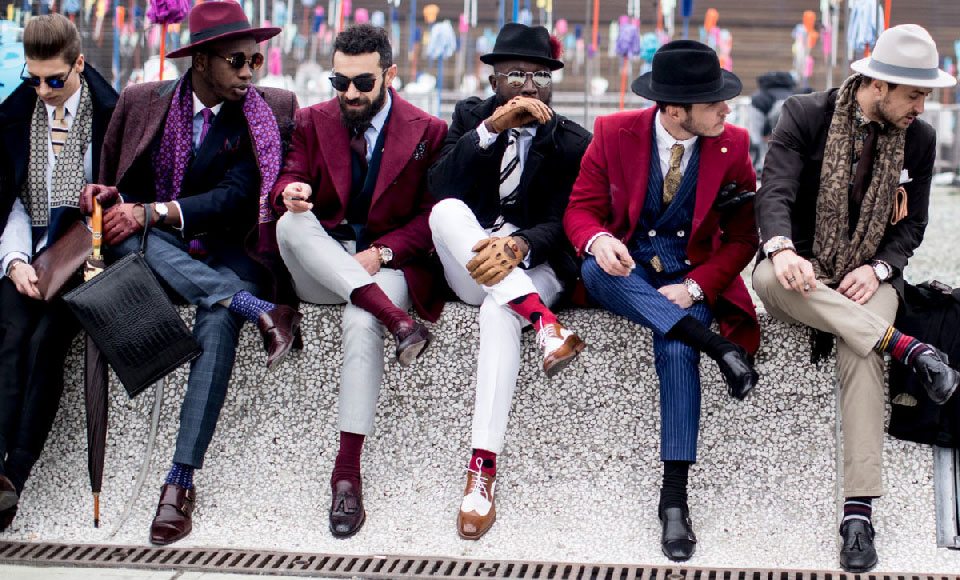 Ah Pitti, the pinnacle of ‘overdoing it’. Whilst some looks do garner attention for the right reasons, many of them tend to be way overboard in terms of clashing bright colours on top along with pattern overkill and said colourful trousers. It’s simply trying too hard and that’s not the vibe you want to give off beyond the Pitti bubble (i.e. real world).

Try a white button-down shirt which goes with any uniquely coloured trousers when you’re lost on how to match. Or throw a classic blue blazer over your look and you’ll be as sharp as the tools in dad’s shed. It also takes minimal effort too.

Layer Up For The Cold 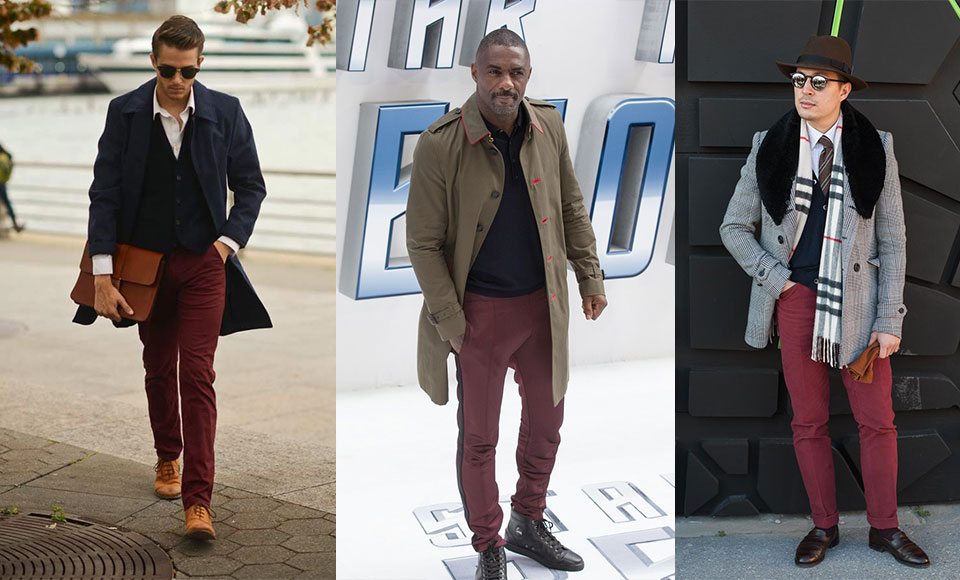 Be cool guys, not cold. Layering is possible with brightly coloured trousers but due diligence needs to be taken here. Along with a bit of confidence, the general rule is similar to the above – stick to neutral tones like sand, navy, black and grey and you’ll be alright.

A nice white button down shirt can also provide the extra pop of contrast without going overboard. A classy standout for those months when everyone else looks the same.

Roll It Up For A Unique Look 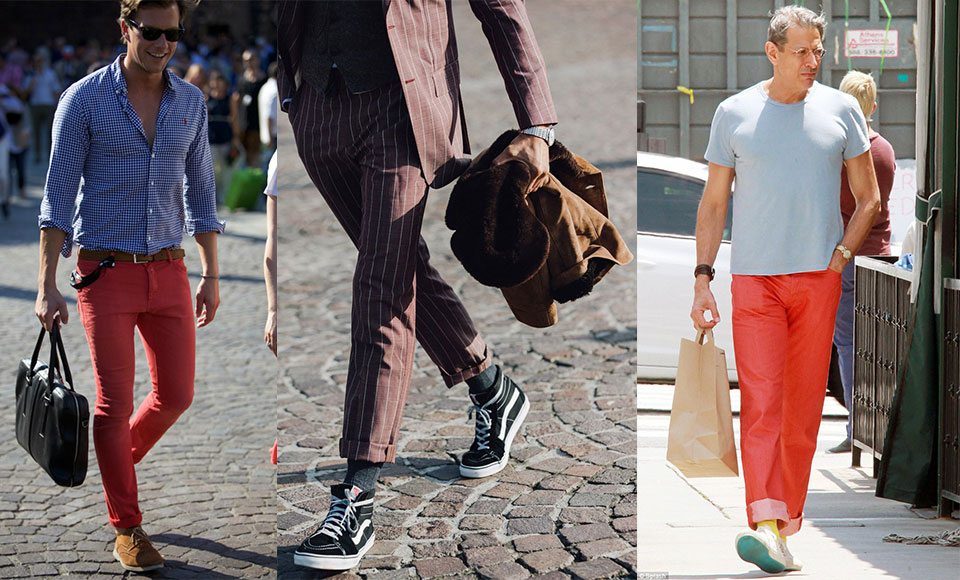 Let it be known that when you rock coloured trousers, you will garner a lot of attention. As the focal point of your outfit, it’s important not to just rely on the colour for style points. Roll the cuffs like Jeff Goldblum for a unique look and remember to check that the fit is on point – modern and tailored is better.

And never forget the decent shoes as the cuffs will draw attention to your feet.

RELATED: Here’s How Easy It Is To Dress Cool With Affordable Fashion Basics 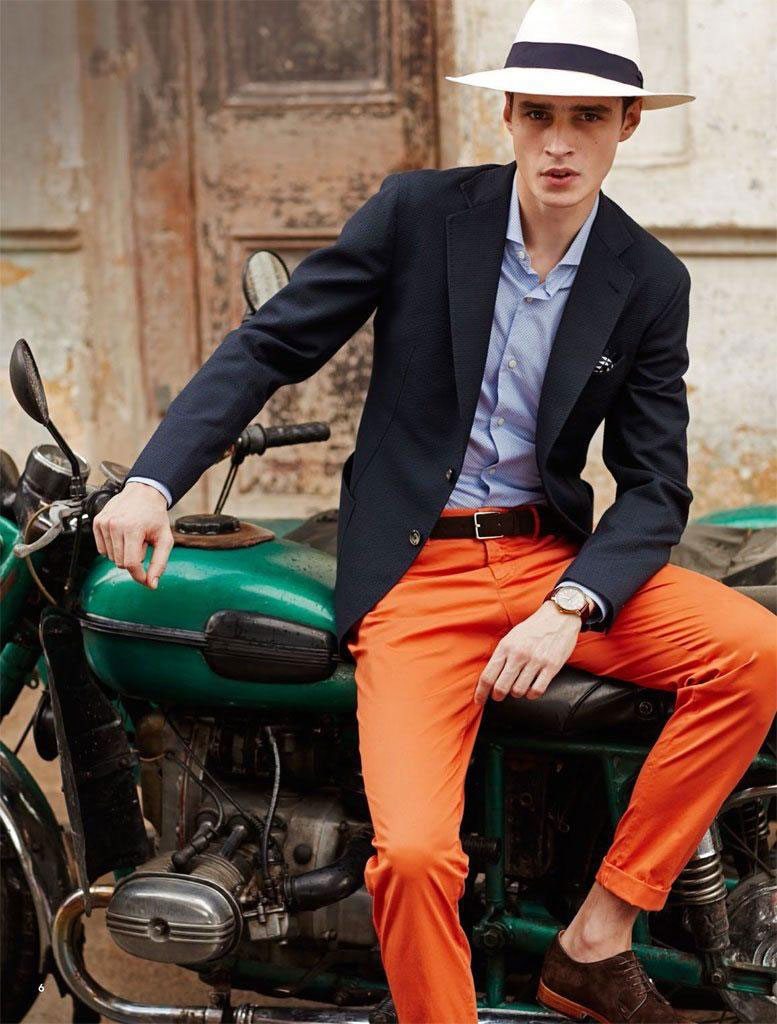 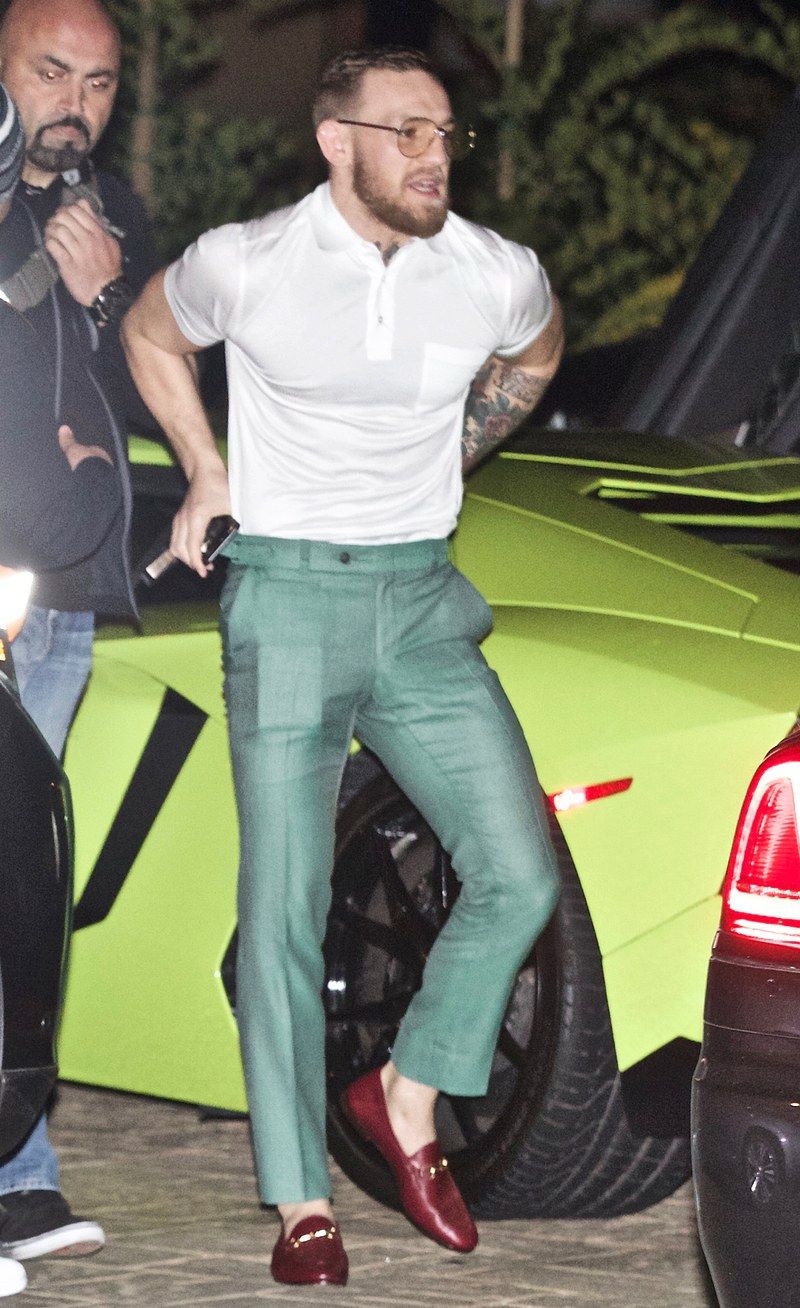 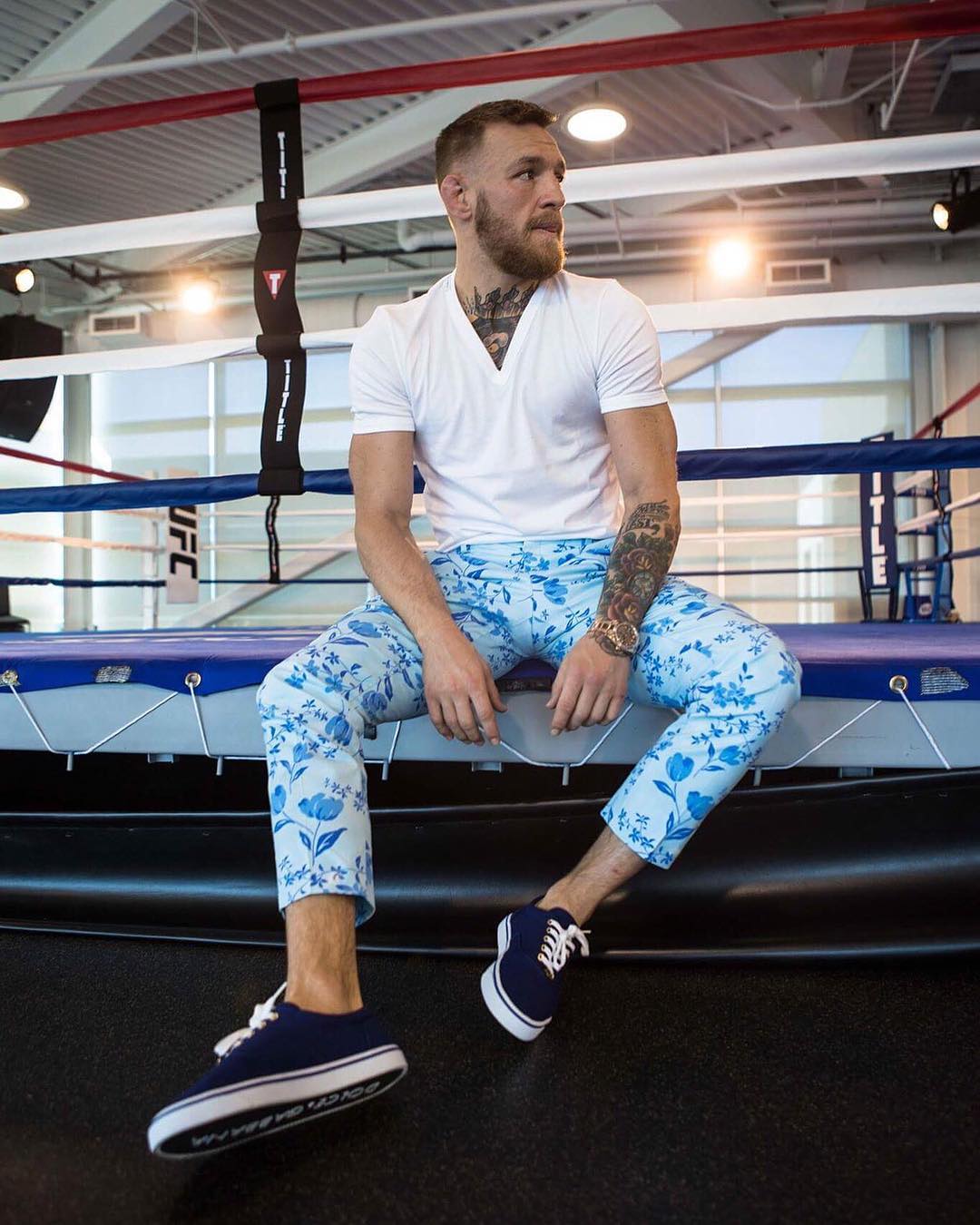 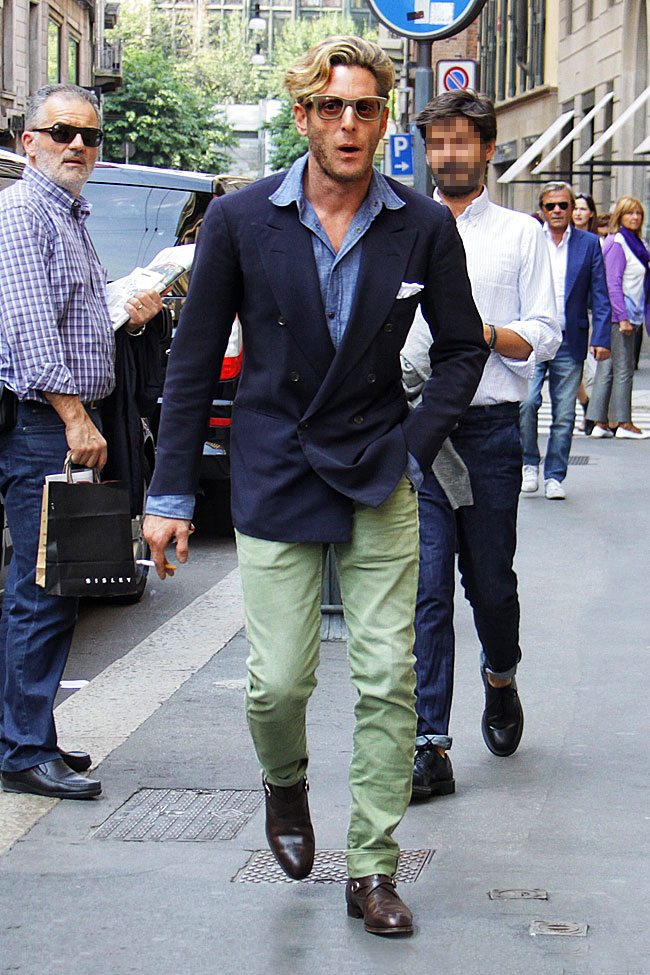 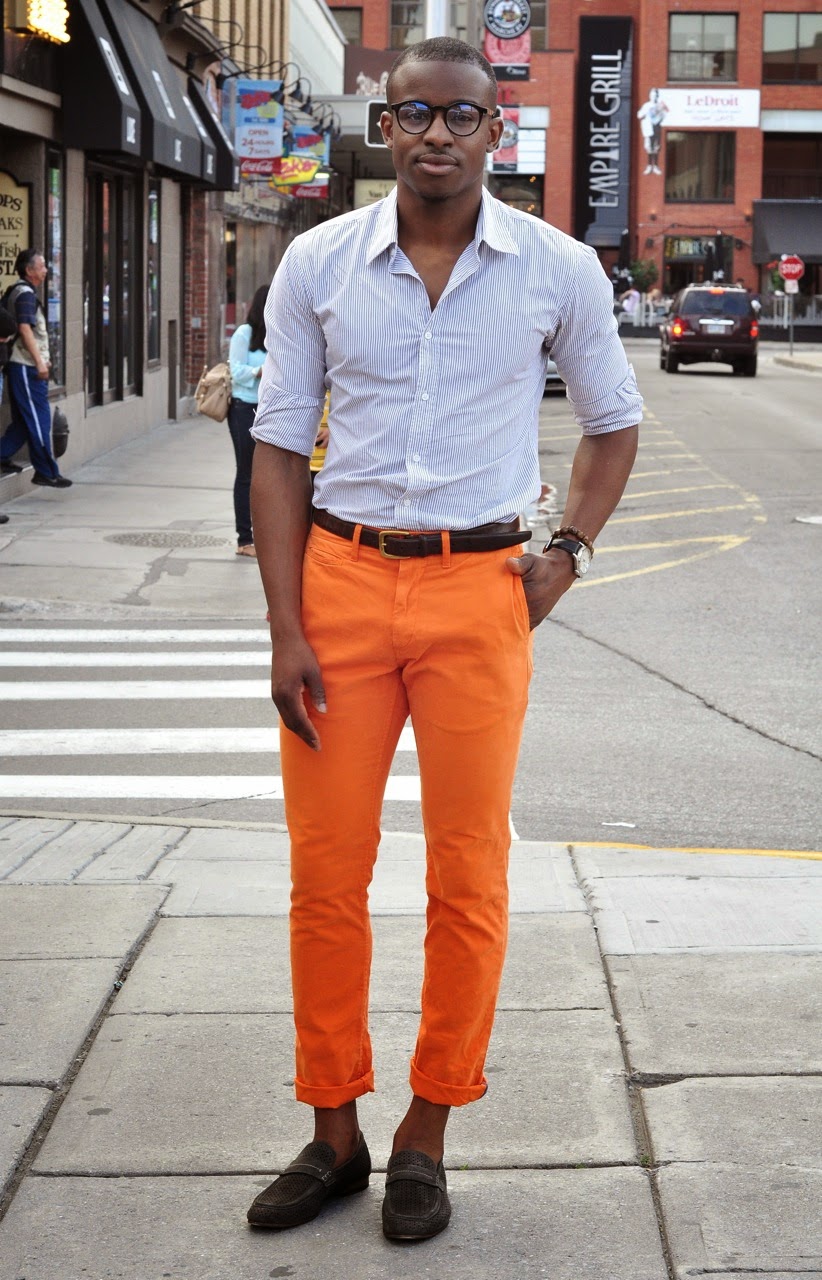 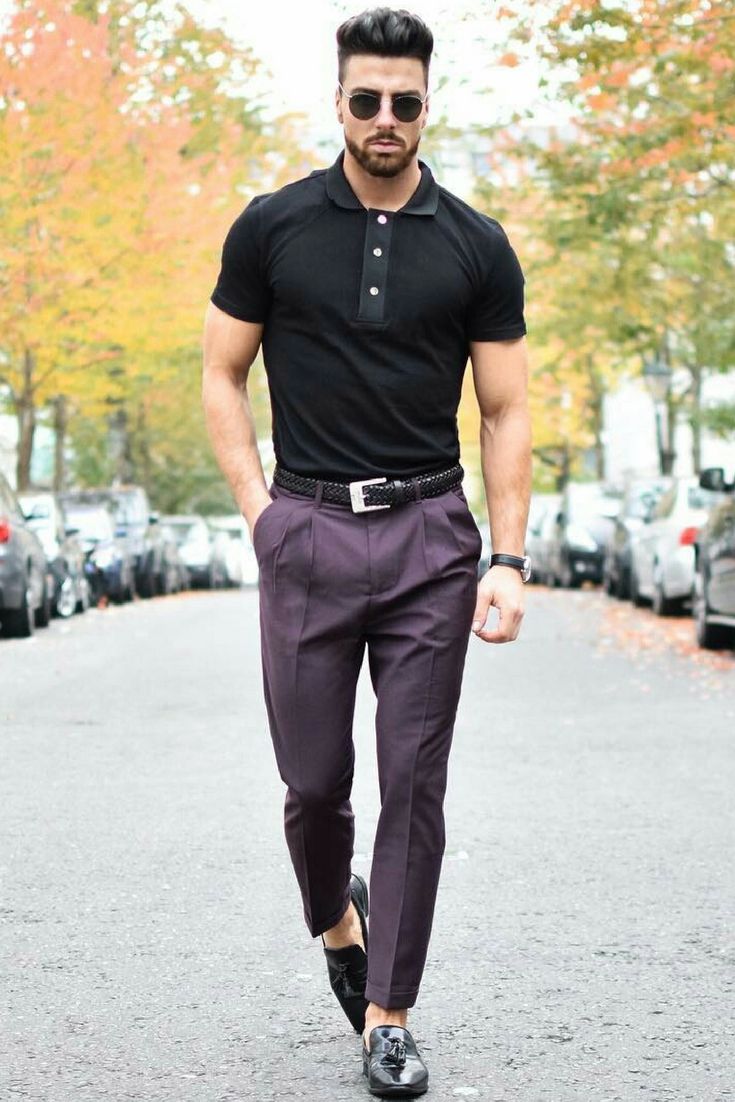 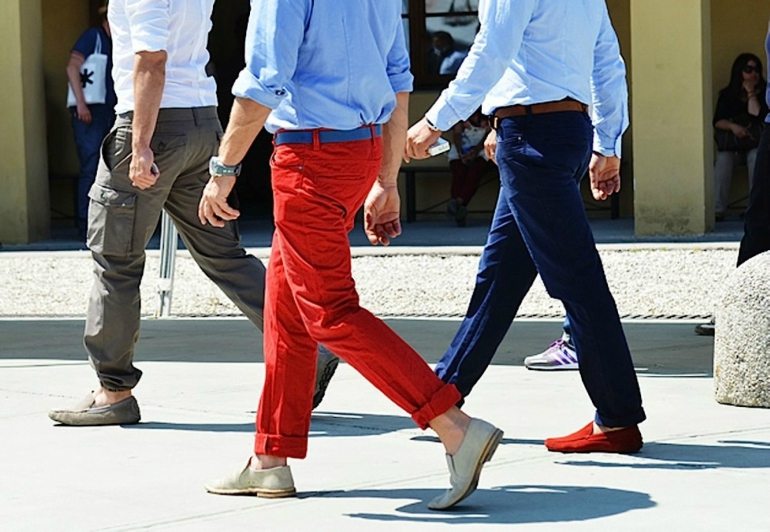 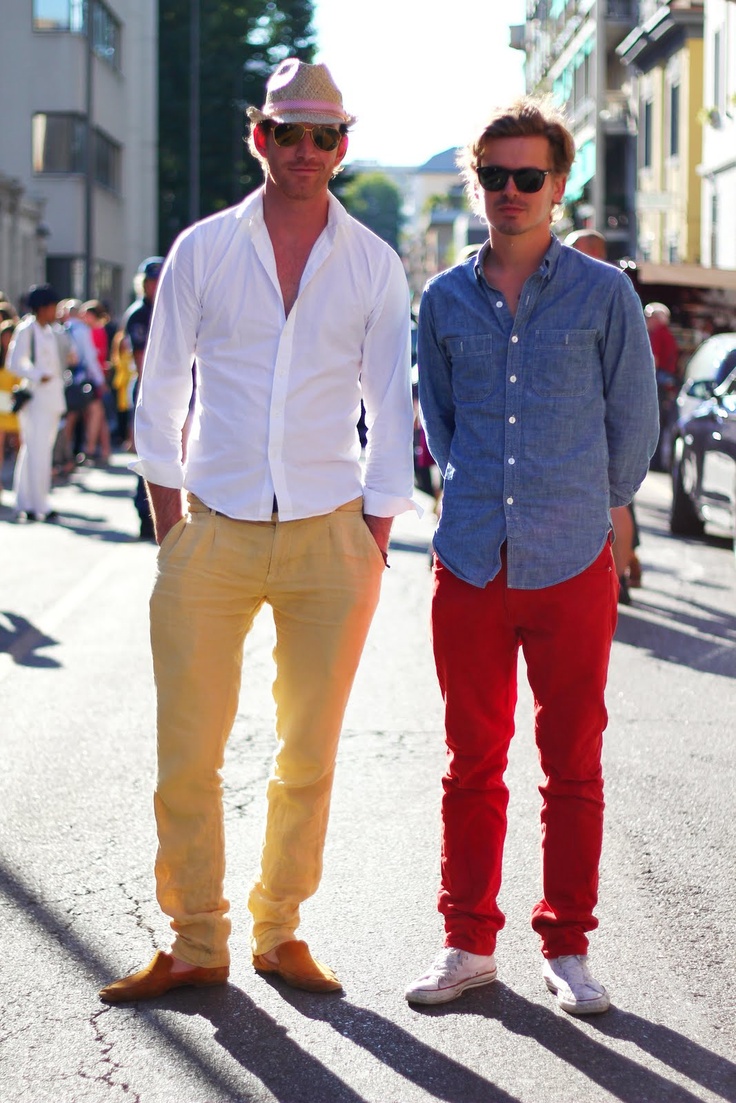 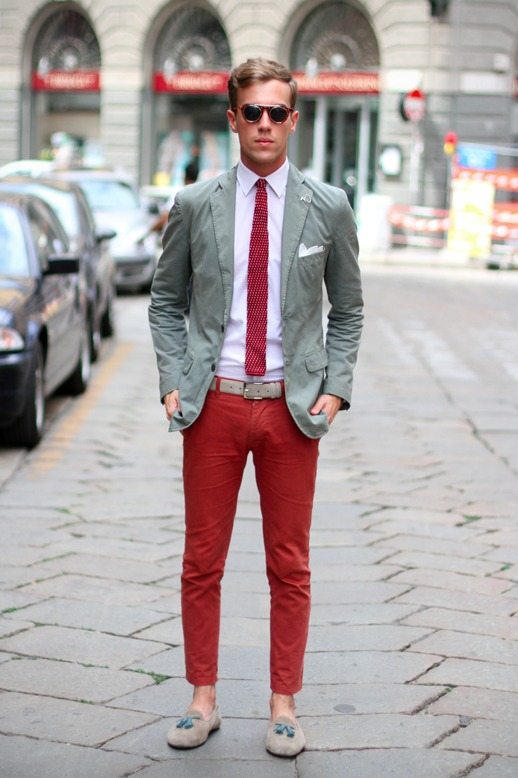