If ever you wanted a glimpse into what clothes and materials we should be wearing in the forthcoming seasons, mega-famous celebrities are usually a good indicator, and one such talisman of emerging trends is Kanye West. The outspoken rapper/rockstar consistently strives to be on the very cutting edge of fashion and his latest look only confirms a burgeoning menswear trend.

Making an appearance in Paris on Sunday the 1st of March 2020 to conduct another one of his Sunday Services at the 19th Century Théâtre des Bouffes du Nord, as well as to attend the Balenciaga Fall/Winter 2020/21 fashion show, the Stronger rapper showed us all that leather is indeed set to become a major player in the fashion world. 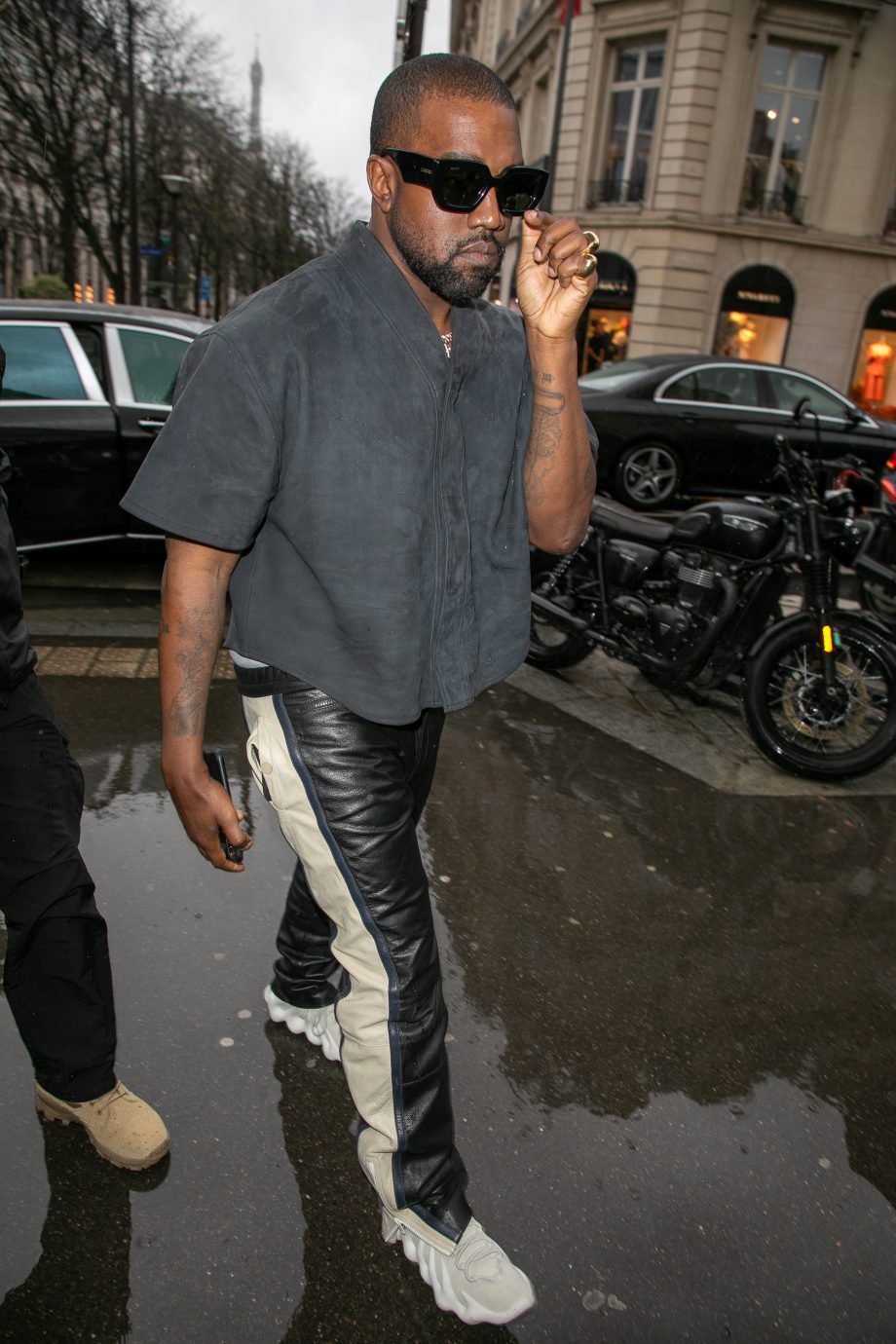 That’s because he was seen rocking a pair of black leather jogger-style pants with a cream stripe, and zipper-opening over the ankle, which prove to be far more casual than the pair Rob Lowe was recently seen wearing. Kanye’s pair are as yet unidentified, but you can snap up this similar pair from Acne Studios for A$1,500.

And if you needed more proof that leather is ‘the next big thing’, you only have to take one glance at his wife Kim Kardashian and her sister Kourtney, who both wore full leather latex bodysuits.

Kanye teamed his shiny pants with a black suede shirt/jacket and a pair of his own, yet-to-be-released Yeezy Boost 451 sneakers. The sneakers are certainly head-turning with a wave-style sole – and aren’t too dissimilar from his Yeezy Foam Runners – although they were likely the perfect footwear to match the rainy weather of the French capital.

Once again Kanye is not just a preacher of music and religion, but of style too.