He’s credited for championing the job-stopper face tattoo but for Post Malone, life has been a bit under the radar since the American rapper’s been focusing mainly on his music and gigs.

That all changed this week with the impending arrival of Malone’s upcoming album announcement. To mark this occasion the 24-year-old step into Jimmy Fallon and he did it with his usual penchant for a wildly eclectic wardrobe.

Spotted in New York en route to the show, Malone rocked a full matching short sleeved collared shirt and trousers with all-over Greek mythology print. The outfit resembled more of a jumpsuit for retired artists but on Malone it simply fitting of his personality. 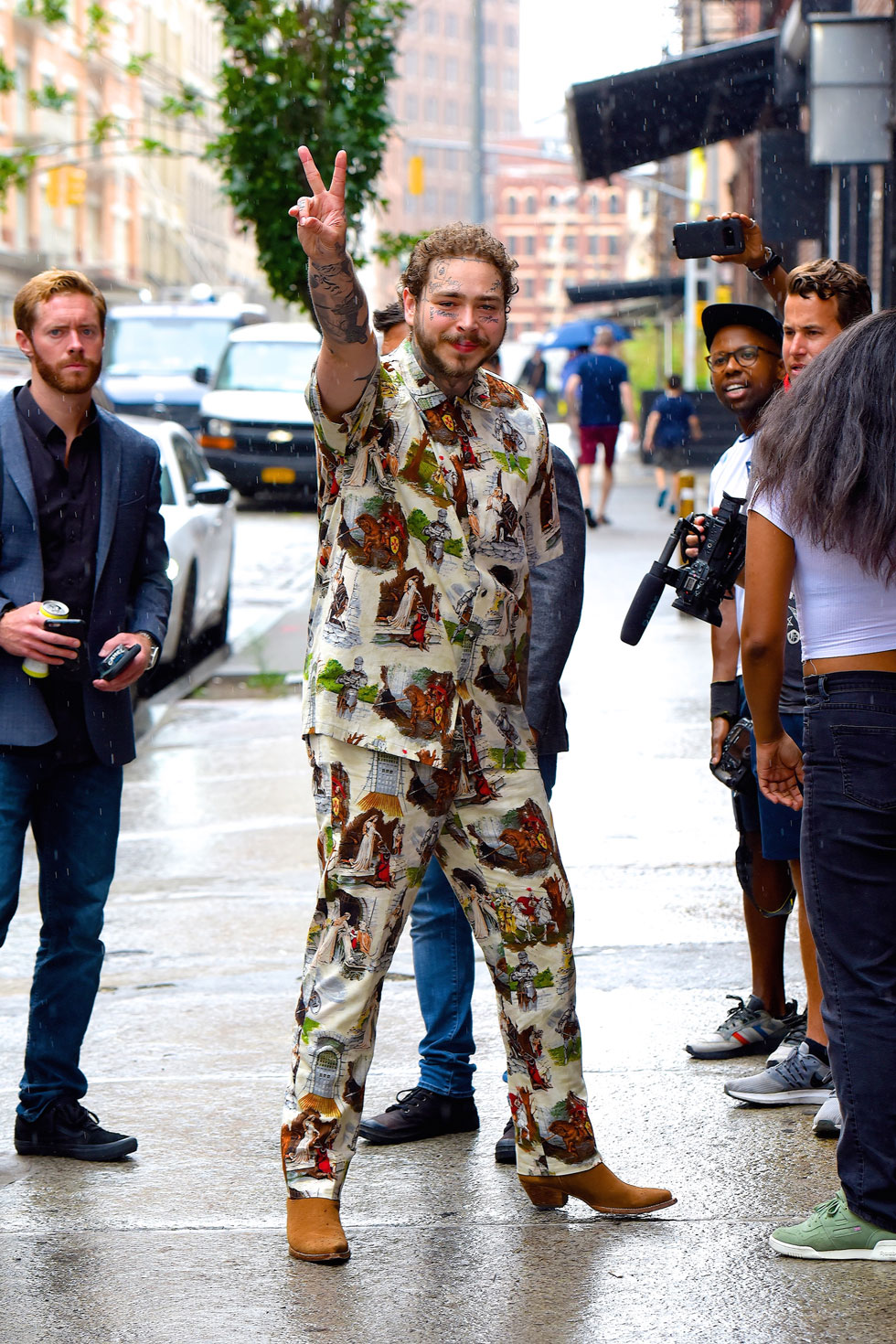 And the issue of appearing taller? Well given that Malone is already 1.84m tall, we still wonder why he rocks Cuban heeled shoes, the footwear credited for making men appear taller (Tom Cruise does it all the time).

Malone paired his Greek mythology outfit with light brown suede Cuban heels which reveals exactly how much extra height is added. Men who want to appear taller don’t need to go this high on the Cuban heel since it’s all down to personal preference. 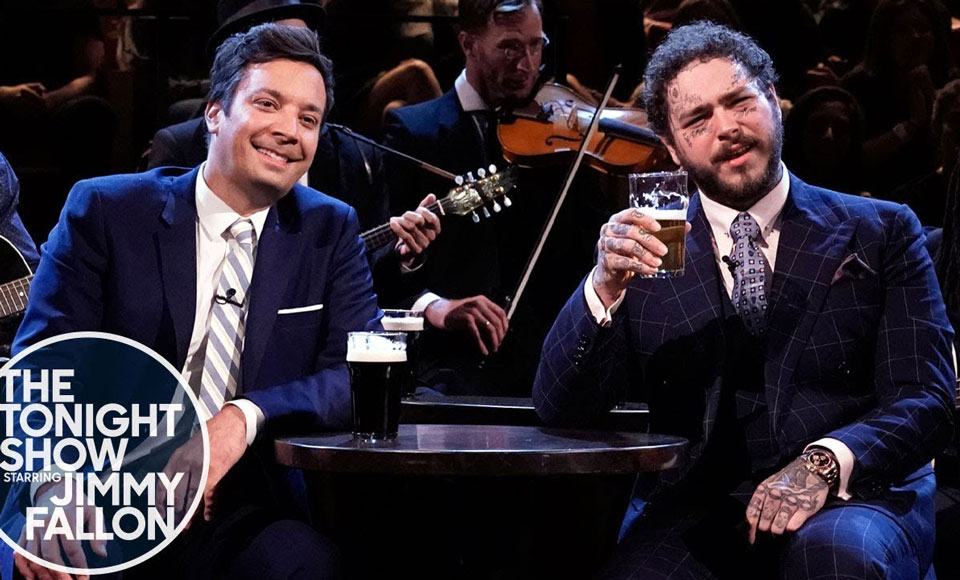 Once on the show Malone switched out his casual look for an all-out sartorial winner in the form of an immaculately tailored check navy suit. Pay attention to the sharp detailing like the collar bar, pocket square and rose gold watch. It appears there’s nothing Post Malone can’t do. Even looking taller. Take a bow, rock star.