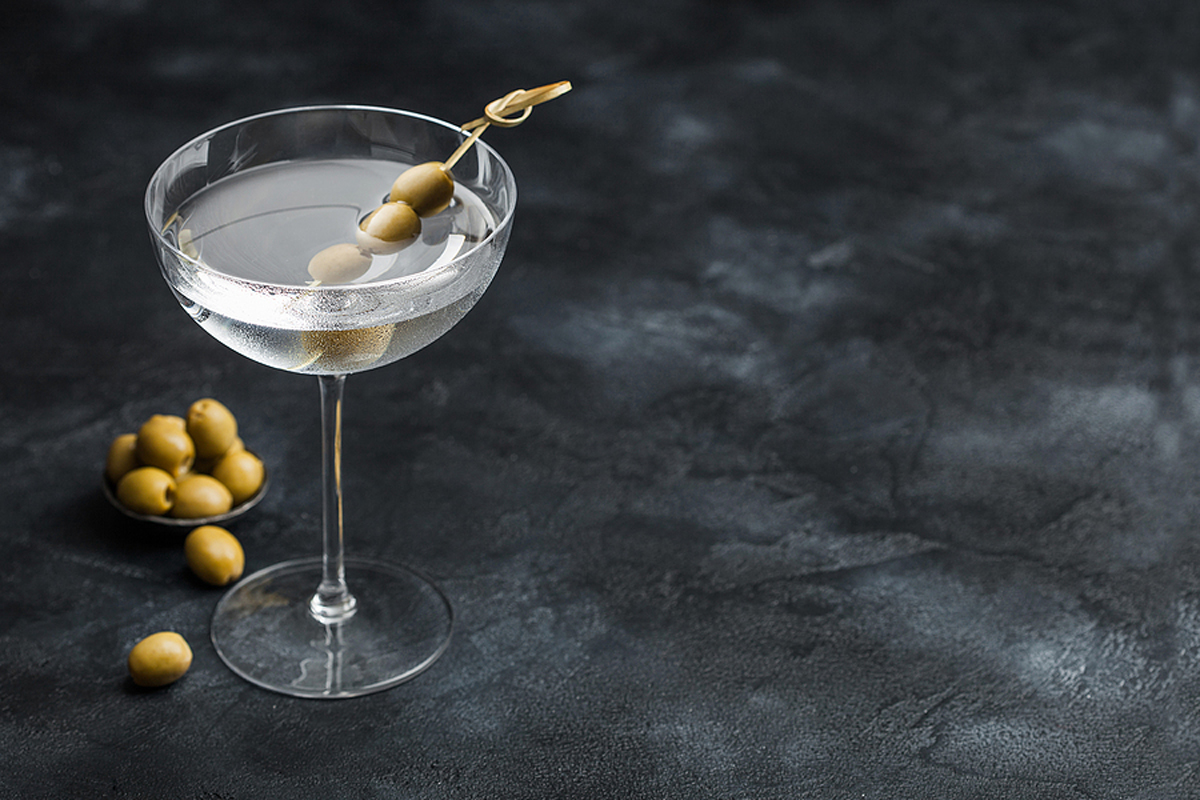 While many cocktails have their fair share of mixers included to help dilute the taste of alcohol (and to look pretty), there is a whole bunch of cocktails that are made purely from a combination of spirits. They include the outright classics such as the Negroni and the Old Fashioned, but another that deserves mention is the vodka martini.

The drink of choice for none other than British secret agent James Bond (unless you count the Vesper Martini from Casino Royale, of course), the vodka martini, like other spirit-only cocktails is ‘meant’ to be stirred down, as opposed to being shaken. Our James was never a stickler for the rules.

But because the end result is a spirit-based one, getting the vodka martini right isn’t as easy as just mixing some ingredients together. There’s a preferred method, and getting it right will make you the guy to know at your next dinner party.

Origin Of The Vodka Martini

The vodka martini is, as its name suggests, based on the martini, a cocktail traditionally made with gin. This variation clearly substitutes the gin for vodka. The exact origins of the drink are a little hazy, but Proximo’s Tequila Specialist Hayley Dixon tells us “the earliest known reference to the Vodka Martini was in Ted Saucier’s ‘Bottoms Up’ in 1951 but it wasn’t until the rise of Vodka in the 1980s and 1990s that Vodka became the popular Martini choice.”

That popularity was in no doubt helped by Ian Fleming’s James Bond character, where it first made its appearance in the 1956 novel, Diamonds Are Forever, along with the famous phrase “shaken, not stirred”, although James doesn’t say it himself until the 1958 novel Dr. No.

To make your vodka martini wet, simply add more dry vermouth. The more you add, the ‘wetter’ it becomes, 20ml should be good.

To make a dirty vodka martini, use the above measurements, but add a small amount of olive brine, around 10ml, before stirring down.

How To Make The Vodka Martini

Being a spirit-only drink, the vodka martini is traditionally stirred down, although if you really want to be like James Bond and shake one up, we can’t really stop you. Here is the traditional way of making a vodka martini.

Expert Twist On The Vodka Martini

Hayley Dixon is once again on hand to provide her devilishly delicious twist on the classic vodka martini, she tells us “While the vodka martini is typically made wet, dry or dirty, it hasn’t stopped bartenders from getting creative with their spirit, vermouth and garnish choice. This twist is just a very simple elevation of that.”

How To Drink A Vodka Martini

Similar to the Vesper Martini, the vodka martini should be had only when wearing your finest tuxedo, either out at a bar or formal event, or when hosting your own dinner party. As with any other spirit-only drink, the spirit needs to be great to really shine, so plenty of fun can be found in experimenting with different vodkas and dry vermouth variations.

Are martinis better with gin or vodka?

It depends on your preference. Gin is the more traditional choice, with its botanical and more complex flavor. Vodka makes the martini smoother and gives it a more sophisticated taste.

The olive juice or brine in your dirty martini will give it a pleasant saltiness. It also has the standard olive garnish, mixed with ice in a cocktail shaker.

Can you make a vodka martini without vermouth?

Vermouth is fortified wine, so if you need to replace it, look for another fortified wine. Dry sherry or Lillet are good alternatives if you are craving a martini.