Wine is, without doubt, one of the most popular drinks drunk around the world. With an ungodly number of bottles, wineries and varietals out there waiting to be discovered, you can never say you don’t like wine, you just haven’t found the one you like yet.

So when it comes to finding the best wine bars in Sydney, it’s easier said than done. Wine bars are, quite literally, dedicated to serving some of the very best wines. Not only will these include some of the best Australian reds and Australian whites, but you will likely find a generous selection of international varieties too. Plus, you’ll probably learn a thing or two compared to if you visited a restaurant. 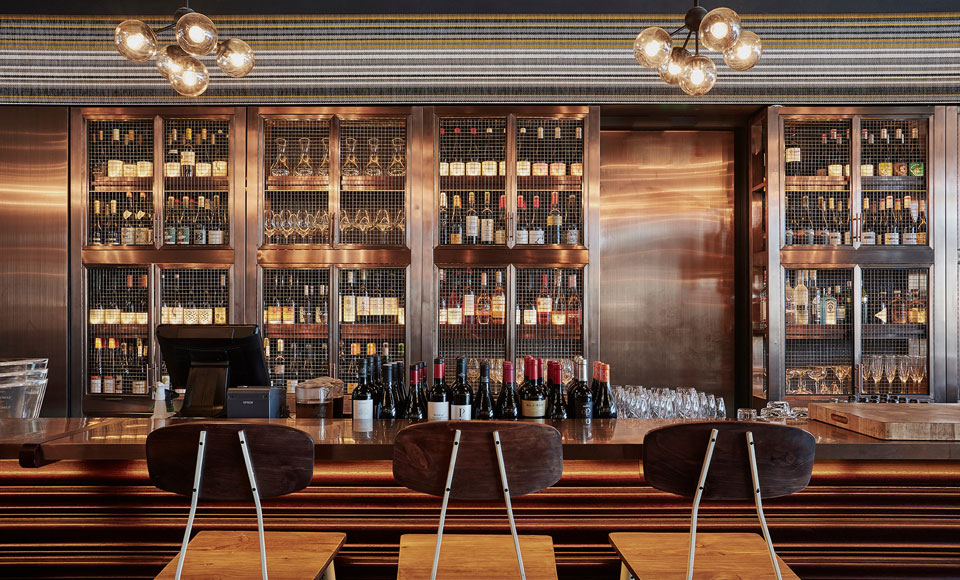 For those who can’t tell by the name, Tapavino is all about the love for Spanish flavours with a matching atmosphere to boot. It started life as Australia’s first Sherry Bar located in a small laneway much like those found in Spain. Since then the word has spread and Tapavino has become Sydney’s best wine bars for sampling some of Spain’s finest wine. Tapavino has since opened two more establishments in the CBD but the original one is our recommendation to experience where the magic began.

Those who love to walk more on the adventurous side of wine only need to hit up one place, Fix. This wine bar in Sydney focuses on the smaller boutique growers to deliver hand-picked wines of local and global origins. The result? A place that is both refreshing, but still consistent in quality when it comes to the flavour, individuality and personality of the wine list. We guarantee that you’ll find something here unlike anything you’ve ever tasted before.

There are few greater pairings on this earth than wine and cheese, and The Stinking Bishops certainly knows it. This wine bar is actually a premier cheese shop first, but backing up the smelly stuff is a pretty serious wine list that earns itself a spot in the best wine bars of Sydney. The appeal here comes from matching the plethora of cheese to an extensive wine list. Again, it’s a small joint so head in as early as possible.

Following in similar footsteps to the aforementioned Fix, Cittavino also comes armed with the liquid gold you’re likely not to find anywhere else, with the majority of wine on offer at this wine bar being imported directly from the regions of Spain, Italy and France. Joining this respectable list is a generous selection of wines from America and South Africa, alongside those from small Australian wine producers. Looking one of Sydney’s best wine bars? Look no further.

The 10 William Street wine bar should need no introduction. As part of the Fratelli Paradiso group, the Italian wine establishment has amassed a solid following from across the city. More importantly, the wine list is astounding with a menu spanning four pages, with bottles from Australia, Italy, Spain, USA, France, Germany, Austria and Japan just to name a few. If you can’t find the right tipple for yourself in here then you probably don’t have tastebuds.

The Wine Library, as the name suggests, is to wine what a traditional library is to books. It’s a classic all-rounder wine bar serving up a decent tipple for those in Sydney CBD. It has all the reds and whites along with staff who know their shiraz from their cabernet sauvignon. For the peckish they even have an ever-changing food menu that pairs perfectly with any of the wines on offer.

Follow the rustic sign outside and head past the dimly lit interior seen from the window and you’ll find one of Sydney’s most loveable wine bars. Heck, it even champions it with a name like Love, Tilly Devine. The stylish yet down to Earth vibe makes it one of the best wine bars to catch up with a friend or to take a date but more importantly, their wine is damn good.

The wine list currently sits at around 300 different wines from many of the world’s great regions – everywhere from the Barossa Valley to the Jura to Wachau. And it changes daily. How’s that for service. The bar only fits 40 persons so you better sprint there from work if you plan on scoring yourself a spot.
Love, Tilly Devine

A short stroll out of Sydney CBD will bring you to Dear Sainte Éloise in Potts Point. A cosy wine bar with a true neighbourhood feel, you’ll be waited on hand and foot and served a selection of some of the finest wines from around the world, with some delicious food to match. The team at Dear Saint Éloise carefully curate their selection of wine, featuring both the best Australia has to offer alongside some incredible imports from Europe.

Possibly one of the absolute best wine bars in Sydney is bibo. Most definitely Portuguese in its direction, bibo serves up an unbelievable array of wine with an equally unbelievable menu to match. While the menu aims to show off some of the more unusual varietals to be found in Australia, it also has Europe to thank, and with the menu winning consecutive awards for the past three years, you’ll have yourself to thank for paying it a visit.

Widely regarded as another of Sydney City’s best wine bars, Where’s Nick puts a strong focus on sustainability, with the vast majority of its wine selection coming from producers who harvest from organic vineyards. The staff are more than happy to talk to you about its selection too and are some of the most knowledgeable you’ll find in any wine bar in Sydney. Wines rotate regularly, so you’ll always be able to sip on something new with each visit, and Wheres Nick also has a small food menu to accompany your glass.