Of course, great-tasting drinks do not a good cocktail bar make, you want a cocktail bar with atmosphere, good music and an enviable location that keeps you close to the rest of the nightlife action Melbourne has to offer – if the cocktail bar you go to is close to one of Melbourne’s coolest hotels or Airbnbs, even better.

But where exactly are these wonderous bars that house excellent alchemic creations? Allow us to divulge and bring to you the definitive list of best and coolest cocktail bars in Melbourne. Many of them are hidden bars, so you’ll want to make sure you know where you’re heading before you sink too many beers, but once found, they’ll reward you with a night to remember. 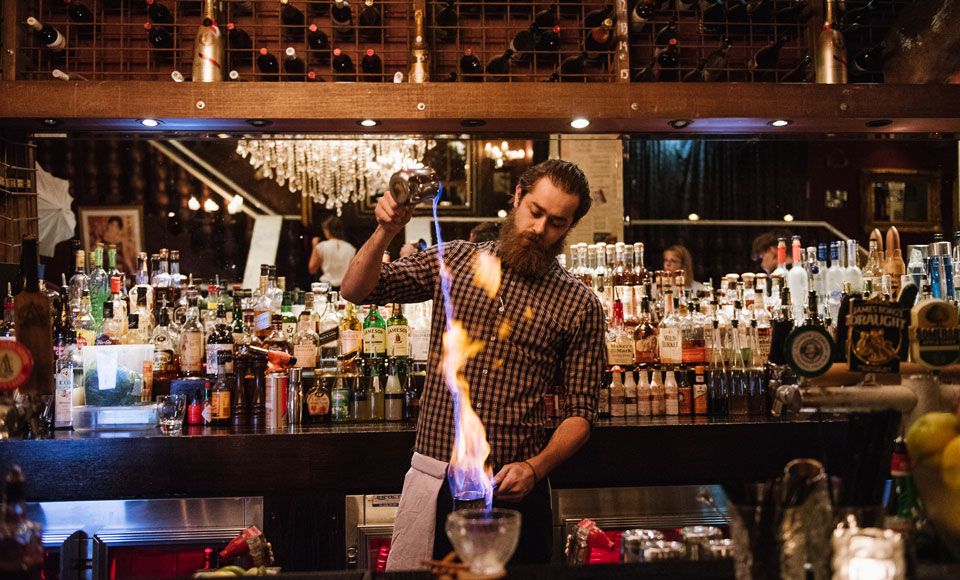 One of Melbourne’s best-loved hidden bars is State Of Grace. Tucked away inside the main restaurant, to access the joint, you’ll need to remove a book from a shelf which will open a secret door to a room laden with a marble staircase, chandeliers, candles and velvet lining all round for the cool cats of the night. The joint serves up winning cocktails and an extensive list of wine which dominates the venue’s walls. 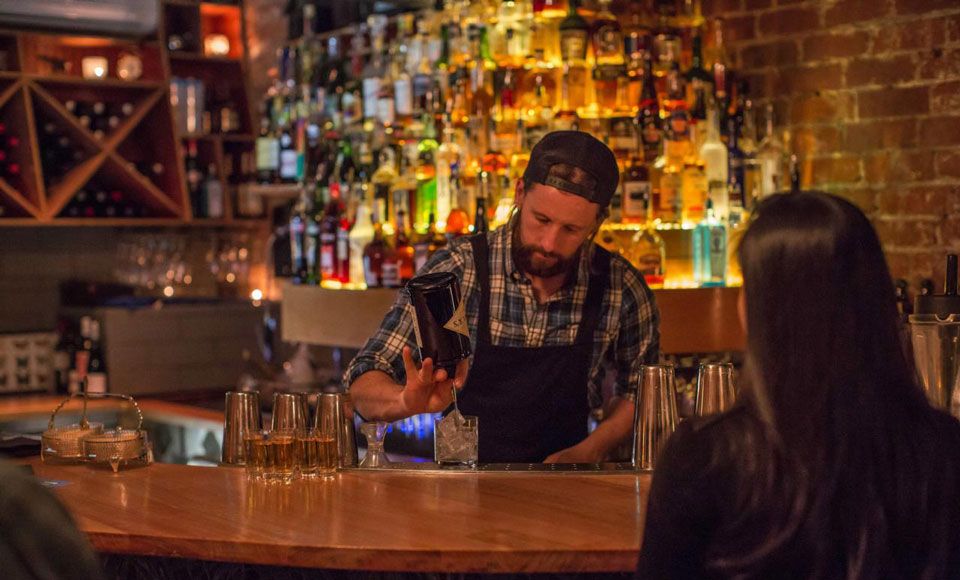 Head down the Windsor end of Chapel Street and you’ll stumble upon the New York-style drinking establishment of Jungle Boy. Entrance is via a cool room door via late-night sandwich joint Boston Sub. It’s a tiny space but the character is bigger than Ben Hur with taxidermy, luscious greens, low light and eclectic furniture gracing the space. When the fun’s over, head back out for a pulled pork sandwich before heading home. 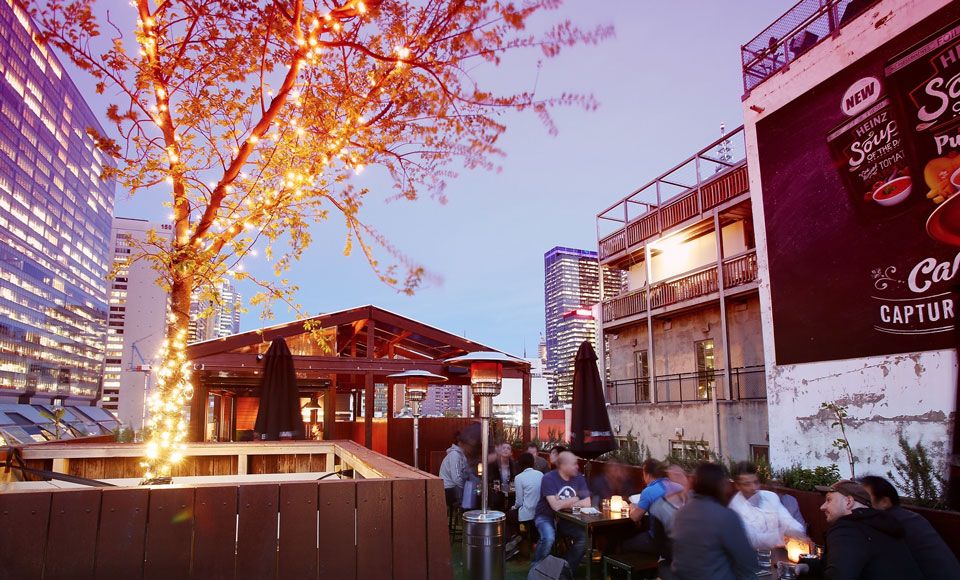 Following the tradition of using a food front as a gateway to a kick-arse hidden bar, Goldilocks changes up the cuisine facade for an Asian influence. The cocktail bar is located atop a noodle restaurant and requires an elevator to access. Once the doors slide open to the first level or roof, you’ll be greeted with an intimate space serving top-notch drinks including cocktails, craft beer and a killer view of the skyline. 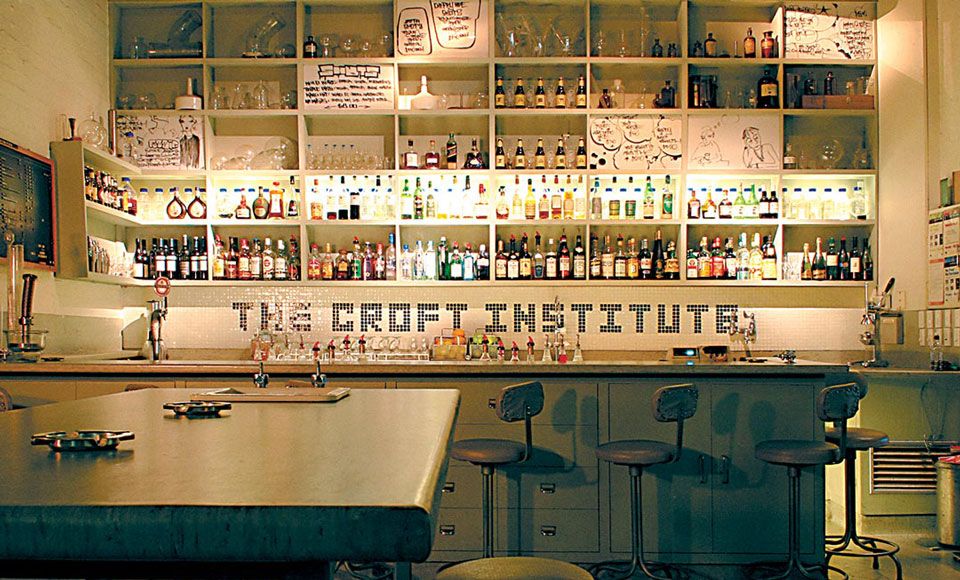 It’s not as hidden as the others anymore since it’s been around for around a decade but there’s a good reason for that. The Croft Institute has become an icon of the city and is located in one of the darkest Chinatown alleyways you could set foot upon. Let’s just say you wouldn’t try the same thing in Sydney.

Once inside though, the mood changes drastically, showcasing what Melbourne’s small bar scene is all about. Mystery, journey and fun. The joint serves up unique cocktails and syringe shots via its lab-inspired bar with beakers and flasks whilst the floor above is made for dancing the night away. 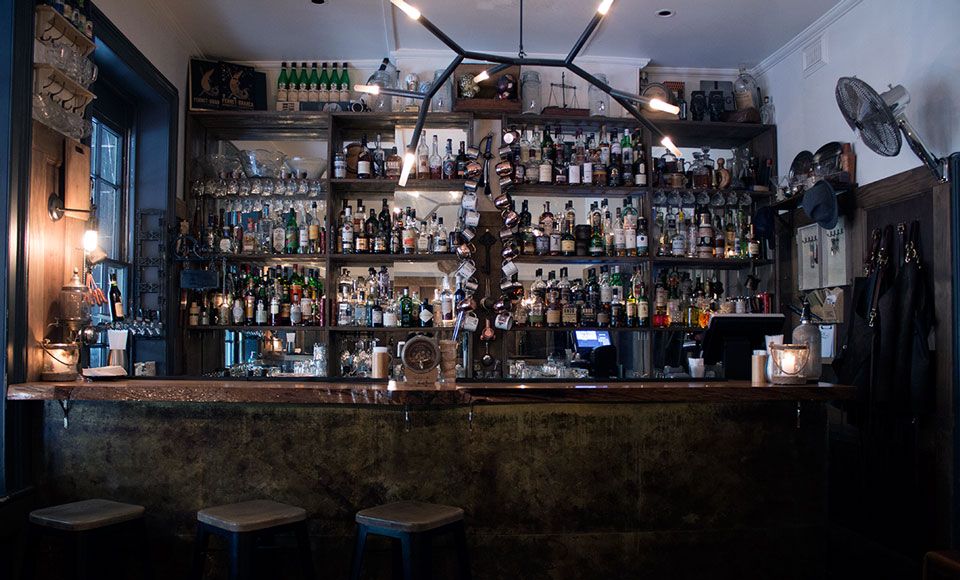 Beautifully appointed, Loch & Key can be found tucked away on top of Franklin Street’s Captain Melville. The vintage fit-out plays well into the speakeasy-style cocktail space which does well with its selection of craft beer, cocktails and premium drinks. 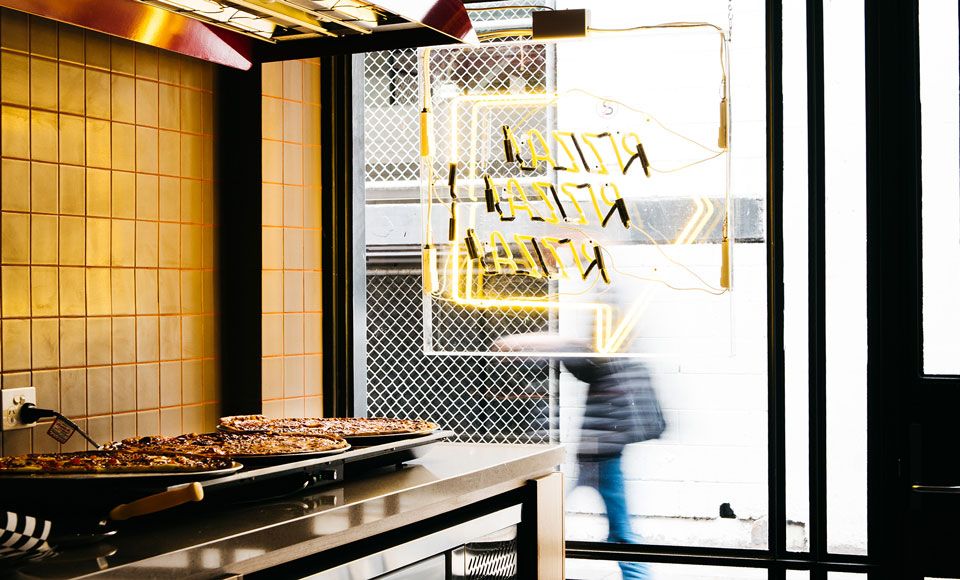 This joint is so secret and so Melbourne that it doesn’t even have a name – hence the *. What it does have though is a front pizza shop facade called Pizza Pizza Pizza lit up in yellow neon which you might have guessed, serves NYC style pizza. Enter the late-night pizza take away joint in Meyers Lane, convince the staff to show you the “back kitchen” and you’ll be greeted with one of Melbourne’s most recent hidden bars, decked out with cosy booths, laid back tunes and table service for their delicious cocktails. 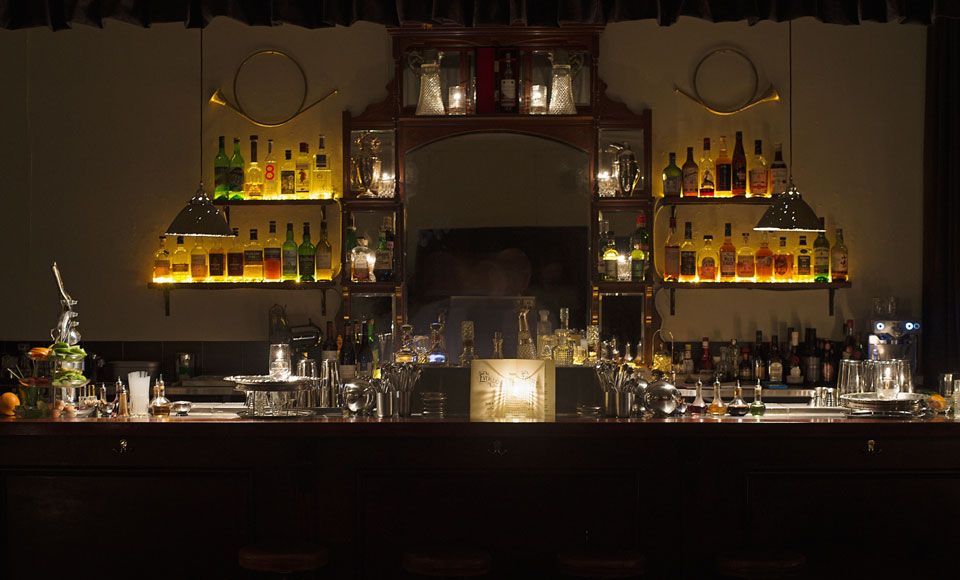 One of the easier finds on the hidden bar hit list is located on Gertrude Street in the Melbourne CBD. Come here for the flawless cocktails from bar staff who know their sh*t. Once you’ve selected your poison, make your way over to the marble bar or cosy leather booths surrounded by dark wood and dim lighting. Classy date night? You betcha. 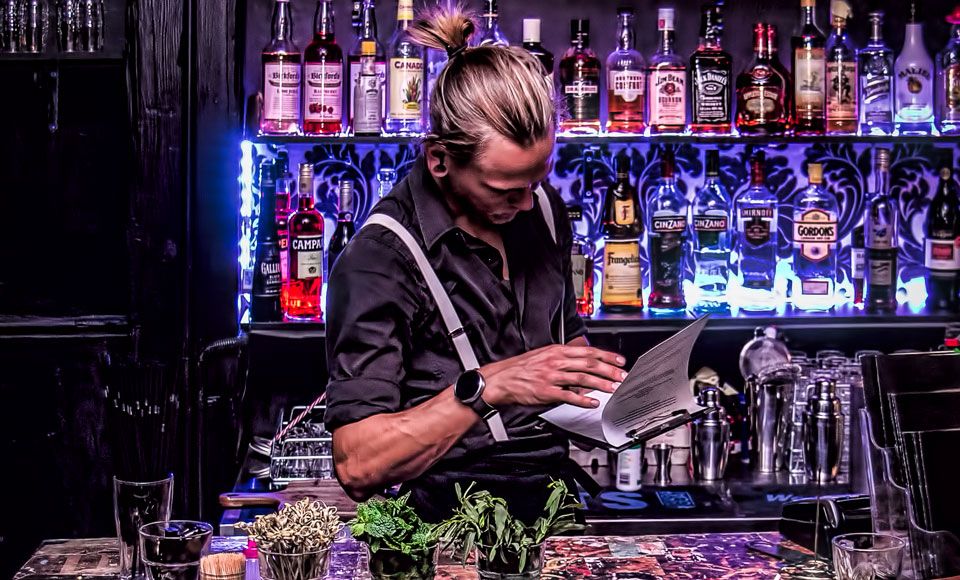 In true signature Melbourne small bar style, Moonshine is an indie-inspired hole in the wall bar located behind The Owl and Cat Theatre in Richmond. It’s a tight squeeze but if you do find your spot in the laneway or in front of the fireplace, you’ll be able to enjoy a Golden Ticket cocktail made by budding actors and artists. 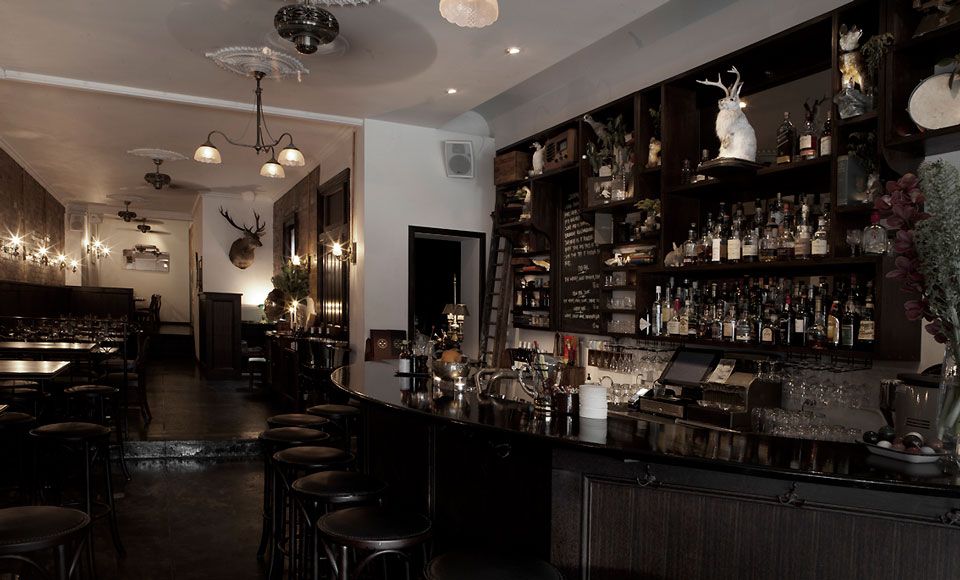 Get in touch with your darker side at The Woods of Windsor, a hip bar with an old school fit out catering to lovers of craft beer, rare spirits and premium grub that’s a stab above your average pub fare. A big reason for this is because it’s also a semi-restaurant for seasoned foodies. But back to the drinking. It’s a space that embraces its masculinity through its furniture, dimmed downlighting and animals strewn about. Did someone say underground secret society? 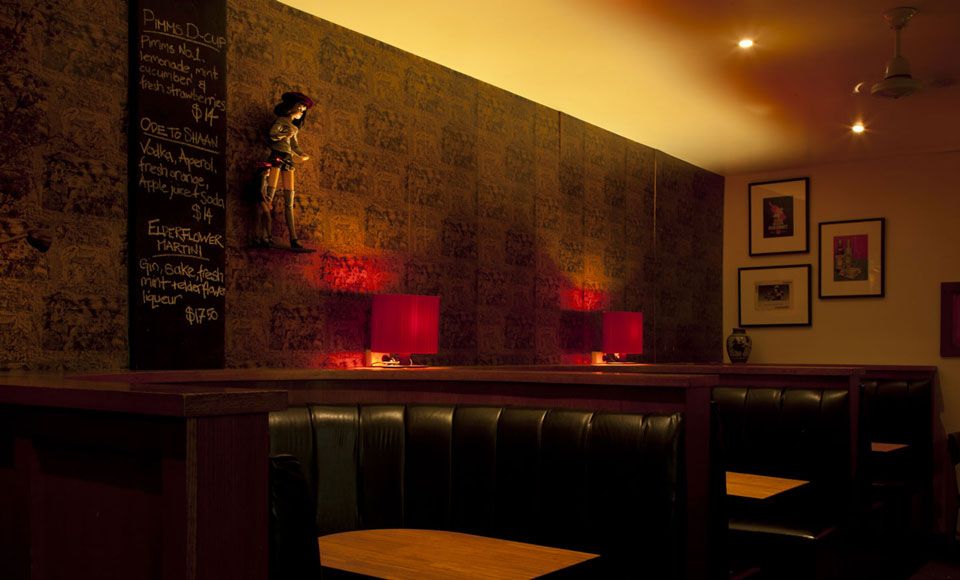 Since its arrival on the scene in 1993, Cicciolina has clawed its way to the top as a prime St Kilda haunt for fans of modern Italian cuisine. We’re not here to talk about food though. Sitting quietly behind the restaurant is the Cicciolina’s back bar, an old school drinking hole that wholeheartedly embraces its surroundings from the matured decor to the suburb’s eclectic past. Amongst all of that punters will find highly personable bartenders who’ll turn a round of drinks into a Sunday afternoon session at an old friend’s. 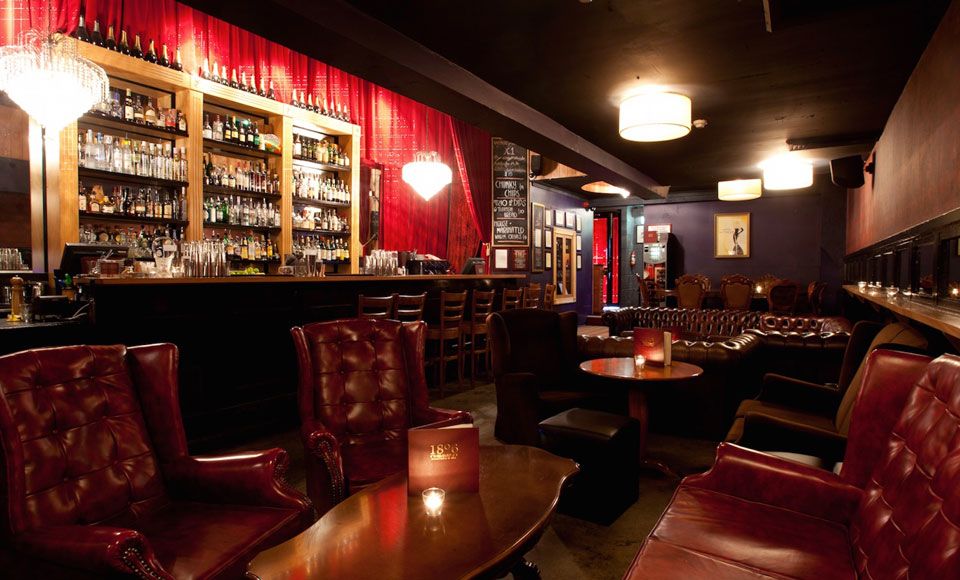 The name might be obscure but there’s nothing confusing about what 1806 is here to do – serve up some of the city’s finest cocktails, whiskies and beer. It’s a full-service affair here with matching whisky cheeses, custom brewed beer and stuff like 1,000 day-aged Gouda all served up in an elegant setting that harks back to the pre-war era of 1930s glam. 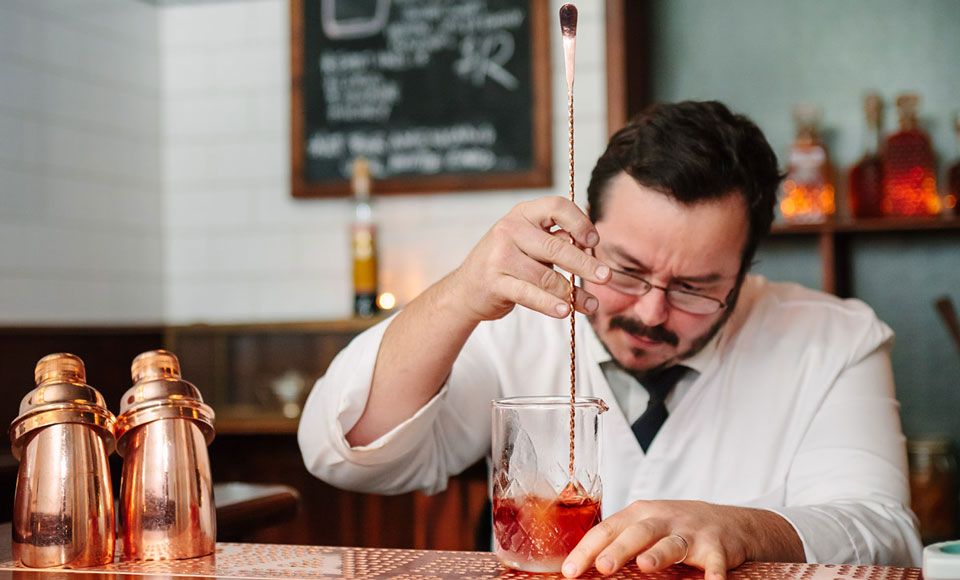 Immerse yourself in the cosy surrounds of Bar Americano, a space adorned with copper and dark wood accents to mimic the quintessential New York charm. The bar is a world-class venue – and claims to be home to world’s best Negroni – which has garnered attention from its concoctions by bartender Hayden Lambert.

By day Lambert serves the working crowd with espressos and almond biscotti whilst by night, the mad scientist appears. Beautifully balanced cocktails, buzzing atmosphere and a true drinker’s watering hole makes this one of the coolest bars in Melbourne. 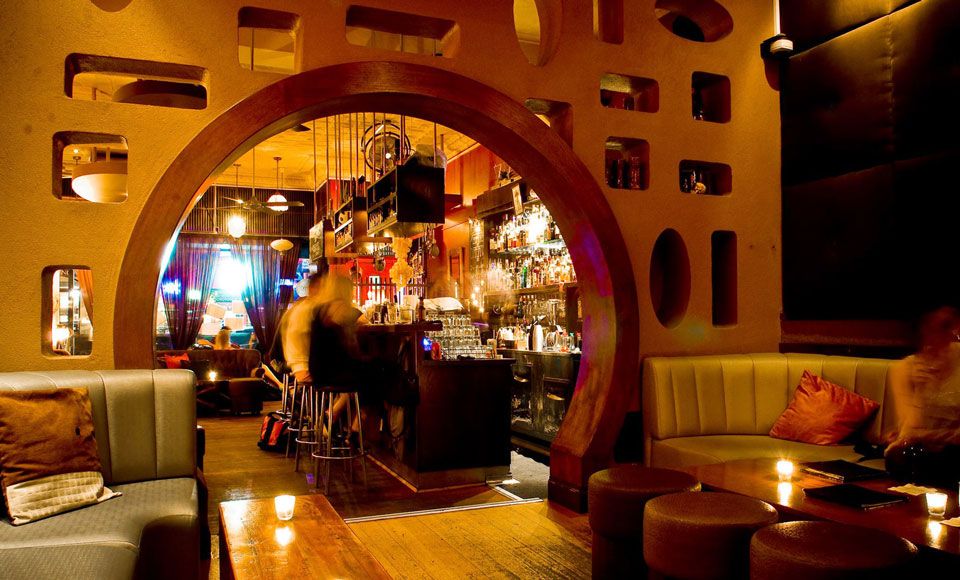 Mellow out in style with a drink in hand and a very chilled out atmosphere to boot. The surrounds are sophisticated but it’s definitely got a more relaxed vibe with guests kicking back on ottomans to complex cocktails delivered by some of the most talented in the game. Be warned though that peace and quiet dissipates rather quickly come Friday and the weekend. To keep people intrigued, all of their drinks are created in-house along with snacks until 10pm. Winning.

Naked In The Sky 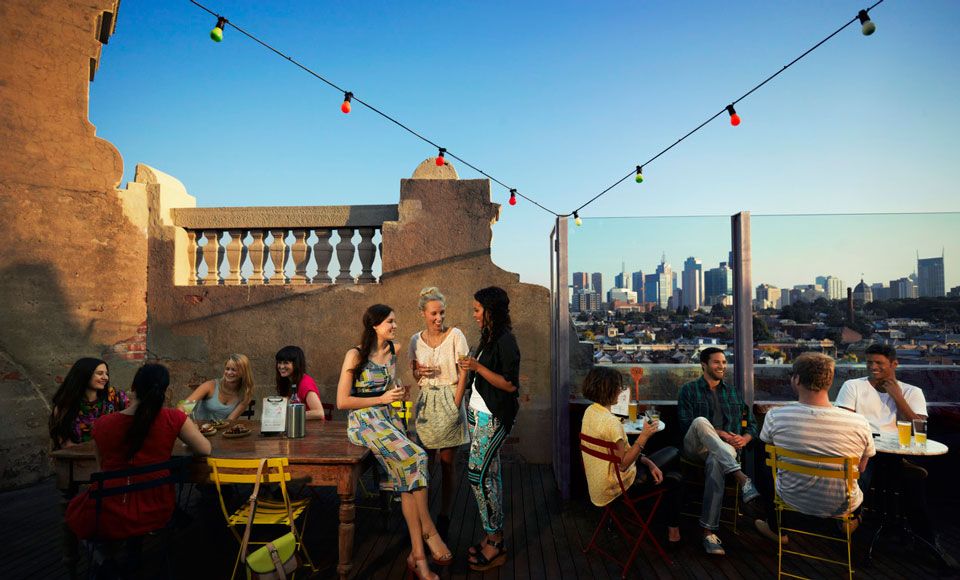 Be warned. The name of this place is not a dress code requisite. What it is though is a very trendy open terrace complete with an attached bar, lounge and restaurant. The view lingers perfectly over Fitzroy below along with the city skyline and Brunswick Street. To access this coveted area, one must enter a shifty but certified looking lift shaft which the architects assure us are safe. Once there you’ll have a choice of over a dozen beers on tap along with in-house infused vodka and Spanish and Australian wines. Chase that summer sun by rocking up early to avoid the crowds.