Floyd Mayweather may be a knockout boxer but fans are calling for a TKO of his figure-hugging slacks. That said, when Mayweather stepped out at yesterday’s Lakers game, his outfit was more ‘Milan’ than ‘Staples Centre’ (which may explain his fans’ shocked reaction to his pants). 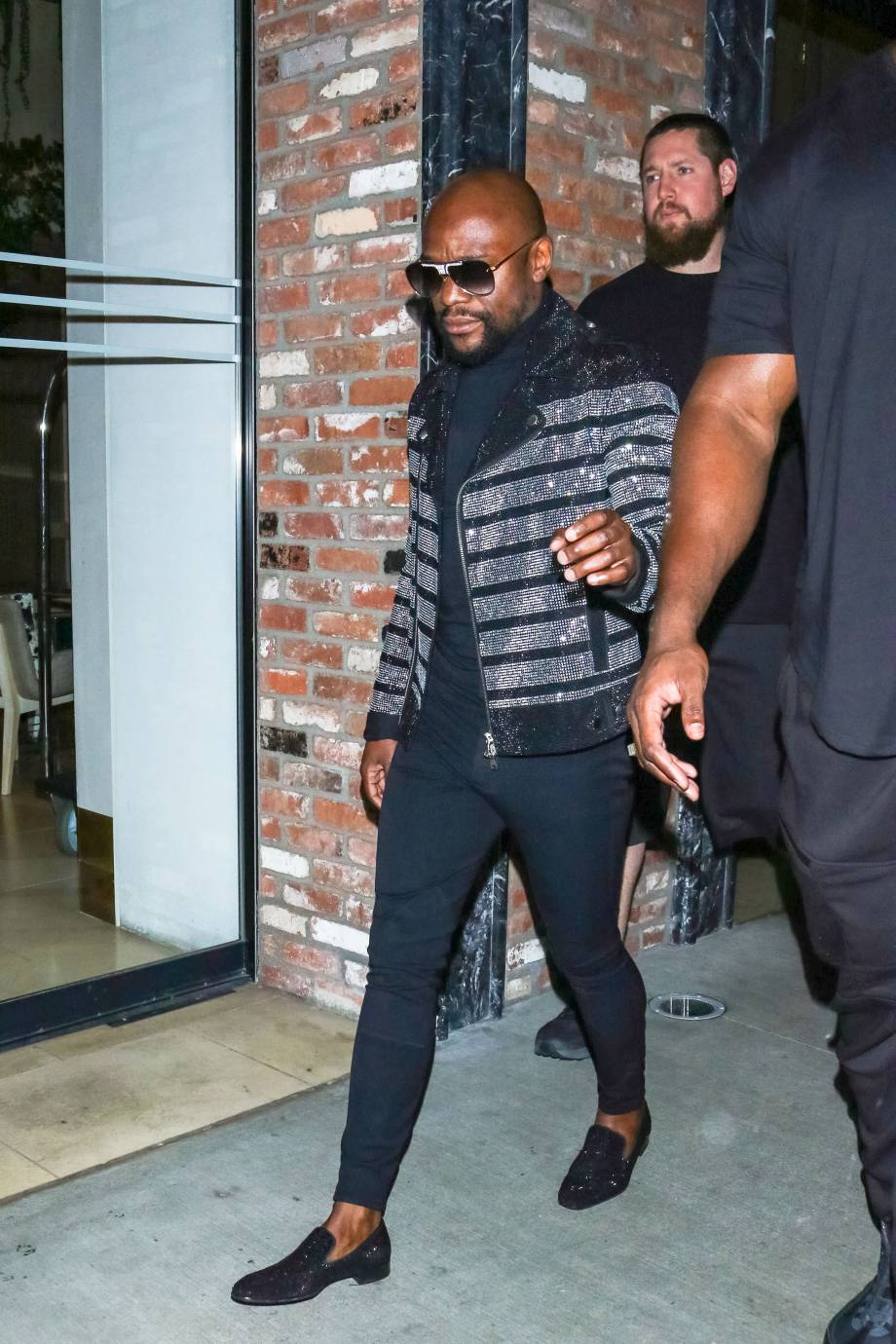 The hero piece, of course, is the jacket, which looks like a Balmain creation. And the shoes aren’t too shabby either. And the less said about the indoor sunnies the better.

While some fans roasted Mayweather for his close-fitting attire (“Anybody else think his pants too tight and he’s actually caught mid wedgie adjustment …no just me? Ok proceed,” one wrote on Instagram), D’Marge urges you to remember: the fit of any smart casual look is king.

Sure: Mayweather’s pants are a little tight, but we much prefer this to off-the-rack wind-flappers. Not to mention: if you take Mayweather’s lead and rock this kind of look to your next smart-casual event (a work party, for instance), people won’t even realise you aren’t wearing a collared shirt or a pocket square.

Just beware of showing your ‘mankles’ though, because, even though Floyd pulls it off, as one D’Marge correspondent once discovered, it can very easily go awry.

So, how to get this look? Fortunately, you don’t need a wallet-shredding jacket. Just find yourself a fitted black blazer, fitted black trousers, fitted black t-shirt, clean black dress shoes and a nice dress watch and you have 80 percent of Mayweather’s look. The remaining 20 percent is luxury brand hype.

Mayweather may have the throne for courtside fashion. But there’s room to share.