Justin Bieber is not so consistent. The Canadian popstar has a constantly-evolving wardrobe and personal style, which usually follows trends instead of kicking them off. It’s captivating to watch, but not always in a positive sense: sometimes he’ll debut outfits that are so impeccably stylish that we’re surprised he doesn’t just give up music entirely and focus on modelling, like this ‘softboi’ outfit or this workwear-heavy ensemble…

But then the very next day, he’ll step out in something truly atrocious like Crocs – ‘the footwear contraceptive for men’ – or weird colour choices and combinations that make him look like an eight-year-old who’s dressed themselves for the first time.

This time however he’s ahead of the curve – showing off a colourful pair of trousers on his Instagram Story that we think just might be the canary in the coal mine for men’s fashion in 2021. 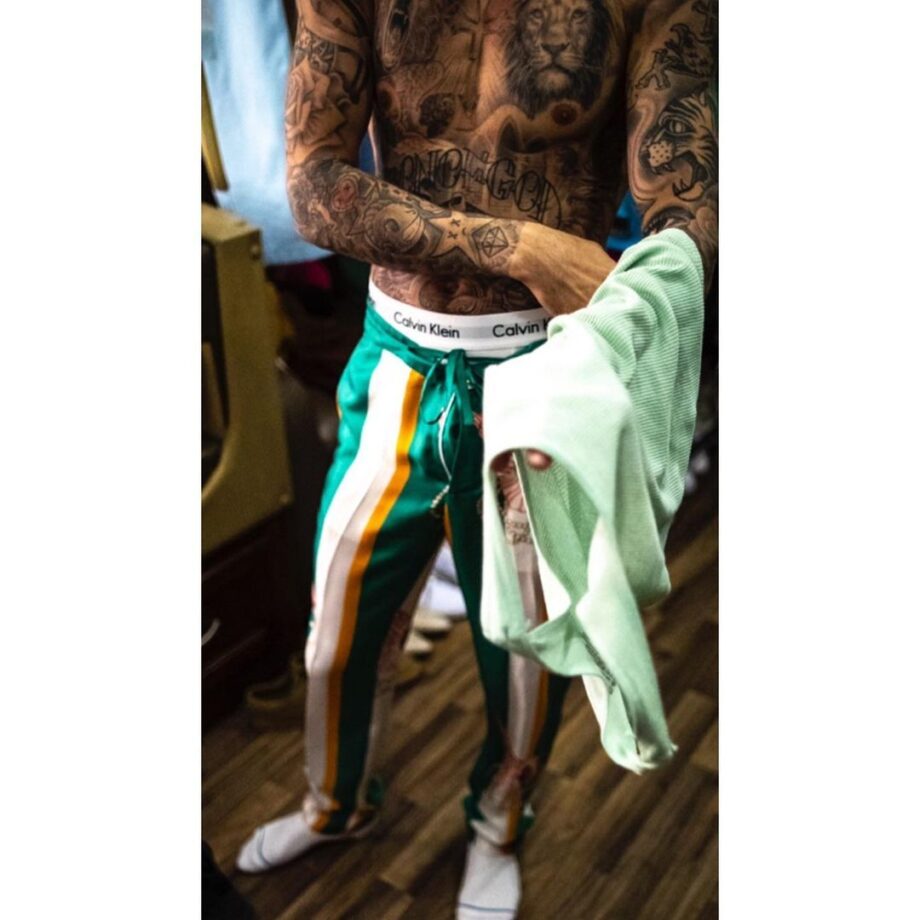 Ignoring the fact that Bieber’s fly seems undone, the lightweight pants look slick. The green and gold is also an inspired choice, seeing as they’re Australia’s national colours – could this be a hint that he’s coming Down Under soon? Maybe that’s just optimism on our part.

RELATED: Best Men’s Pants That Will Instantly Polish Any Look For Work & Play

While 2020 has been a tough year for haute couture, luxury loungewear and quality basics have started to see their day in the sun. Men are increasingly prioritised comfort over formal style during the COVID-19 crisis, with brands like JJJJound, Reigning Champ, Needles and Champion Reverse Weave uniquely poised for success in what’s otherwise been a disastrous year for the fashion industry.

With The Pangolin Parade marching on into 2021, perhaps we’ll see more pants like Bieber’s as we continue to work from home – although Australia’s leading tailors would have something to say about that…