Yoga is an incredibly popular form of fitness in Australia and yet, despite it being a discipline open to all, it’s probably fair to say that it’s definitely something more women perform than men. But that shouldn’t be the case, as guys too can benefit from the meditative states yoga positions put your in, as well as the loosening of muscles to become more flexible (no more back pain, here we come).

And when you consider how huge the men’s yoga clothing market it, whether it be yoga pants or yoga shorts – guys can usually get away with wearing a regular gym top to yoga sessions – it’s certainly an industry we need to start taking greater advantage of.

Since yoga is so popular in Australia, a large number of yoga studios have cropped up in the major cities, including Melbourne. The stress alone of Melbourne’s ever-changing weather conditions should be enough for any guy to roll out the yoga mat, but no matter what the reasoning, the best yoga studios in Melbourne are more than happy to welcome new members into their community.

Here are the Melbourne yoga studios you should be checking out. 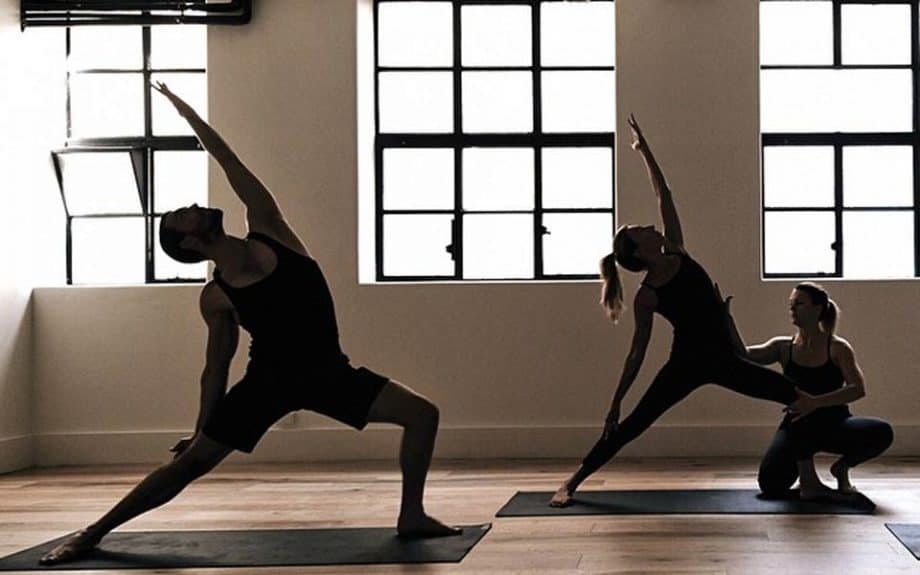 MOVE Yoga has been serving up yoga classes to Melburnians since 2014 alongside a learning program for wannabe yoga instructors. MOVE has since shifted into becoming a ‘Hybrid Studio’, conducting classes both at the physical studio and over live stream for members to practice at home. The Flinders Lane venue has two studios, both of which are kitted out with high-quality audiovisual technology, as well as infrared heating and ventilation systems to ensure you feel the heat when is required, and cool down once sessions are over. 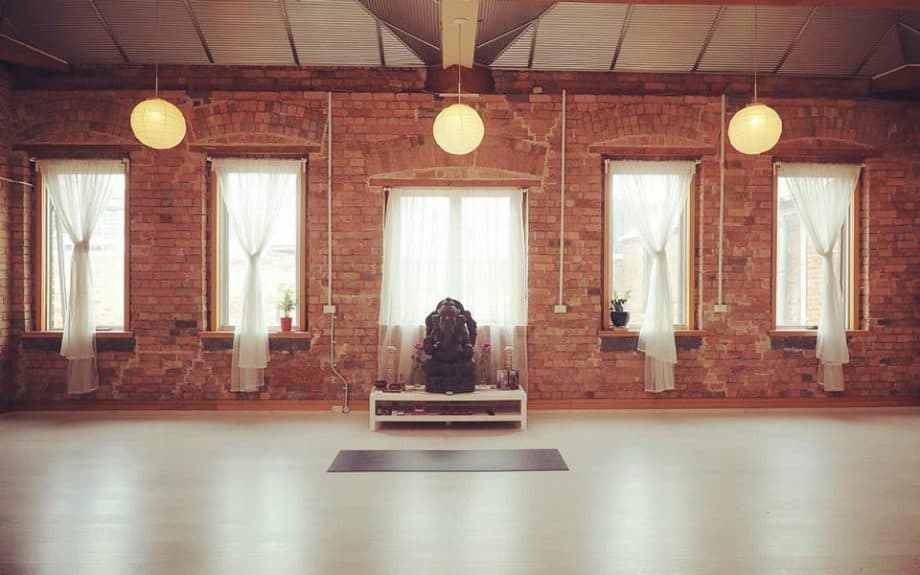 The Yoga Place aims to provide a soothing, stress-free environment within its West Melbourne studio where a tight-knit community can come together and enjoy the benefits of yoga. Everyone is welcome, even if you’ve never practised yoga in your life and various yoga styles are taught, including vinyasa, yin and even yoglates. The studio itself is a large and bright space that will make you feel relaxed as soon as you step foot inside. 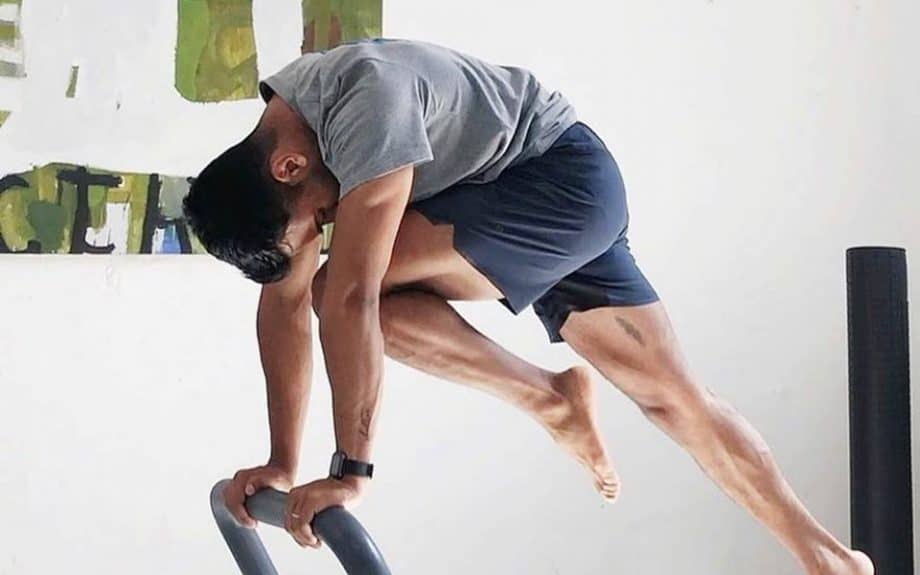 Happy Melon is a yoga studio, fitness studio and even a spa of sorts in one. Not only are fast-paced Flow and more calming Slow styles of yoga taught alongside Yin and a Fundamentals course designed for beginners, but those wishing to improve their fitness in other ways can partake of Happy Melon’s boxing and strength classes. Meditation and pilates classes (pilates classes are conducted at a separate venue) can also be booked and once you’re done, you can grab yourself a massage. We can’t imagine anywhere more relaxing. 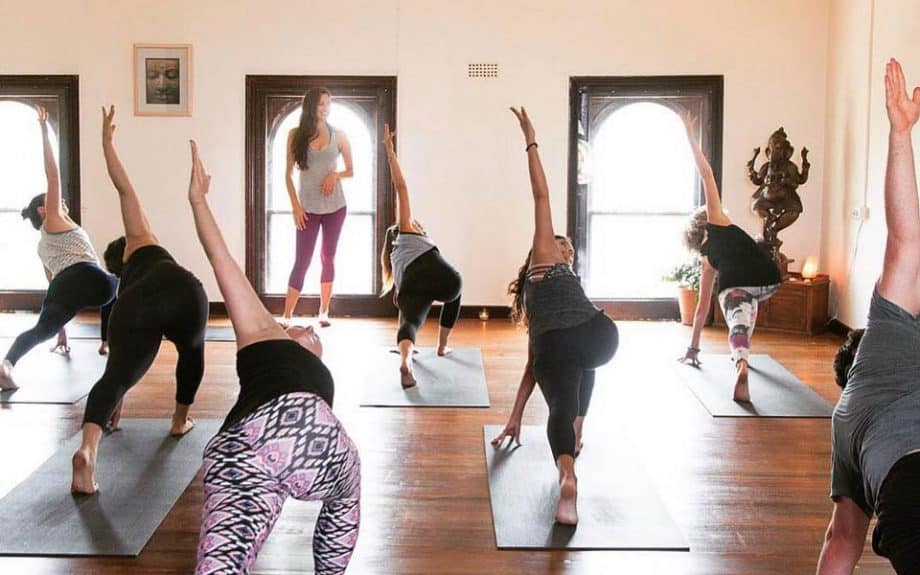 Gertrude Street Yoga has been keeping its Melburnian members relaxed since the 90s. The studio has a large team of members who specialise in various types of yoga and who come up with their own classes and styles of teaching, as opposed to reading from a book. This could mean that two teachers of vinyasa yoga, for example, will conduct two different classes and you may find that you prefer one over the other. Gertrude Street also encourages members to make use of other holistic and wellness services so that their wellbeing isn’t just focused on during yoga classes, but during their regular daily lives as well. 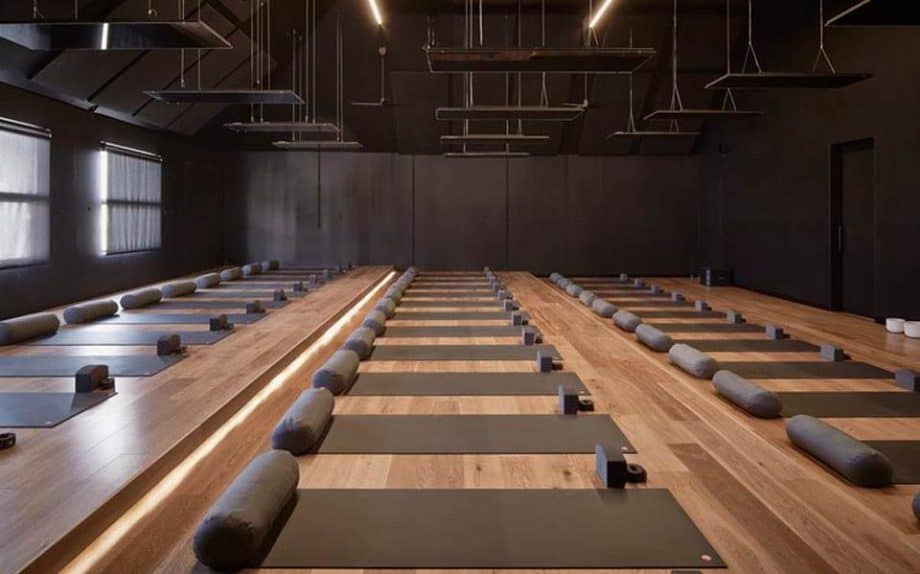 Humming Puppy has yoga studios in Sydney, New York and Melbourne and presents itself as an incredibly premium experience. No specific style of yoga is taught, but instead, classes simply focus on movement, breath work and awareness (meditation). There are several class types to book yourself into, and you’re able to book a specific mat within the studio so you can ensure you’ll be feeling comfortable. Humming Puppy’s headline feature is that its studio literally hums with frequencies that are proven to help you achieve peak performance. 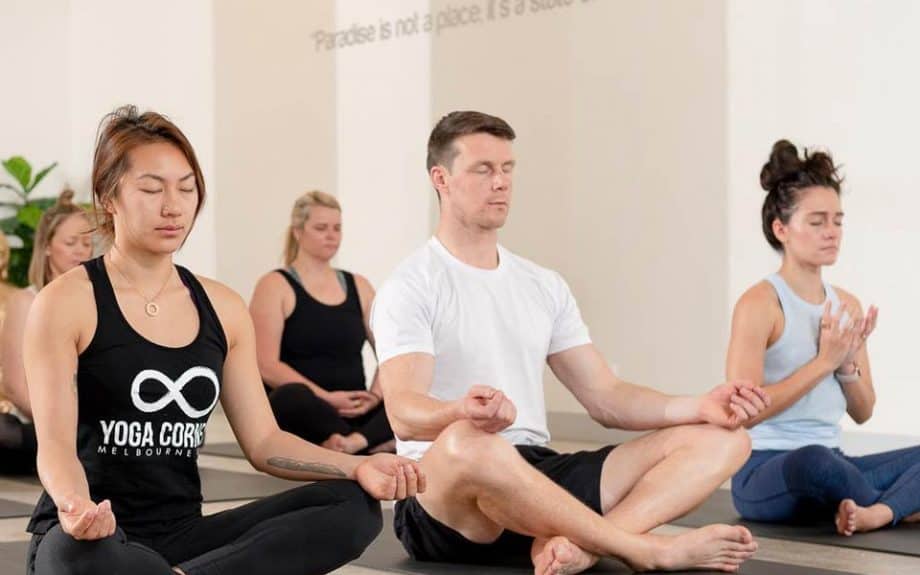 Yoga Corner can be found in the heart of Melbourne CBD and even though there may just be the one room, it benefits from a cutting-edge heating system which means it can accommodate a variety of yoga styles and temperatures. A quality team of teachers are friendly, approachable and knowledgeable and all have the common aim of making classes fun, educational and enjoyable. 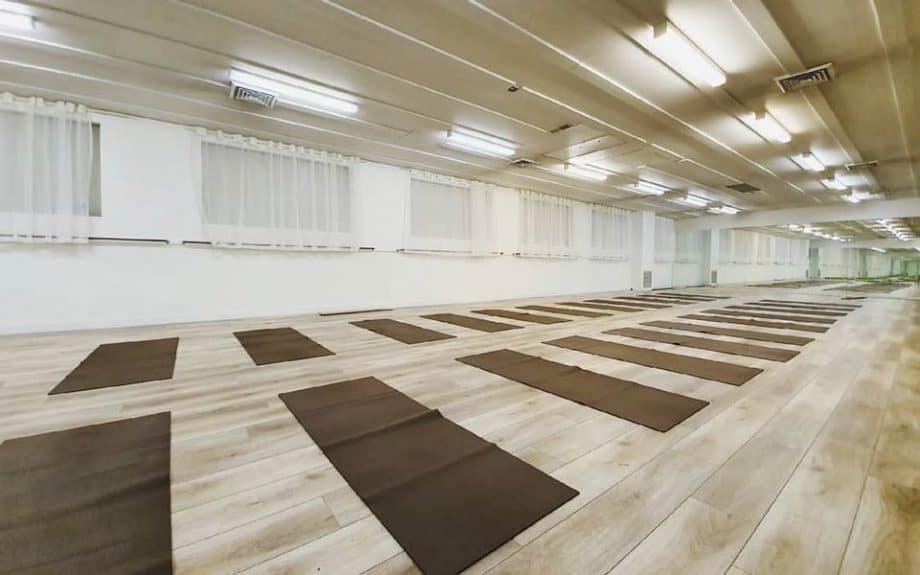 Bikram Yoga South Melbourne is quite literally dedicated to Bikram yoga, a style of yoga practised in a hot studio, with the room usually being heated to around 40-degrees. You’ll get sweaty at the South Melbourne studio, make no mistake, but the increased room temperature allows your body to warm up quickly, allowing you to put yourself into positions with less struggle. If 40-degrees sounds a bit too intense for you, then the studio’s Sculpt Yoga class may be more bearable at 34-degrees, combining the use of weights and cardio with Vinyasa flow yoga. 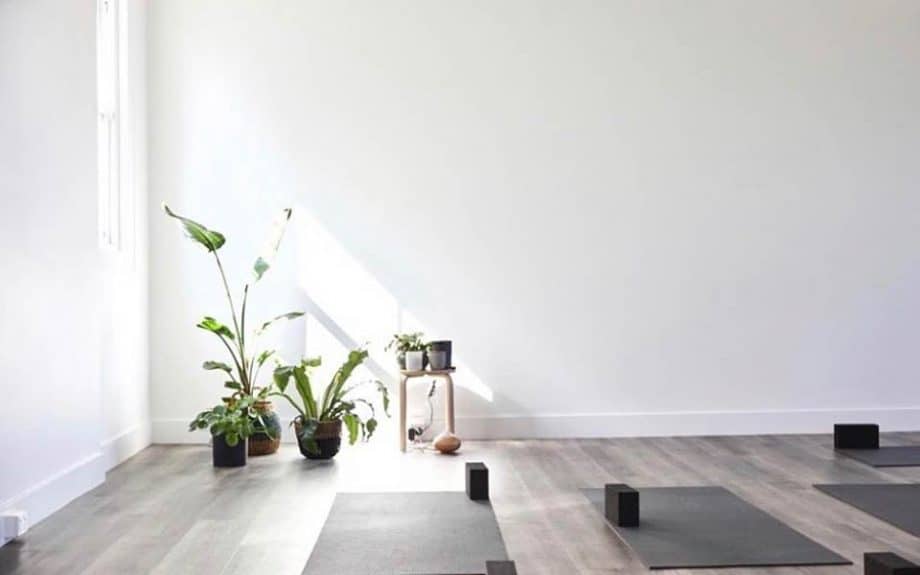 Catering to yogis living nearer St Kilda and Brighton is The Yoga Space Melbourne, a yoga studio that has amassed a strong team of teachers from all walks of life, but who have all been immersed in the world of yoga for years. From this, they’ve all developed their own teaching styles, as well as focusing on a style of yoga they feel especially connected to. The entire teaching team welcomes anyone through its doors to help form a close bonded family.