Best Melbourne Distilleries To Sip Away The Hours

Melbourne is often considered to be the nightlife capital of Australia, being home to a number of bars – including those of the rooftop and cocktail variety – pubs and restaurants, many of which are open into the early hours so that its residents can remain suitably hydrated and fed.

Understanding that Melbourne has the good kind of drinking problem, it’s become home to its fair share of craft breweries (some of which have been in the city for decades, others have recently popped up). But, not everyone is a fan of beer (we’ll let it slide) which is why you’ll also be able to find numerous wine bars. However, for those who really love their spirits, Melbourne is also home to several distilleries – which include some of the best Australian gin brands that can easily compete with their international compatriots.

Whether it be for gin, rum, vodka or whiskey, Melbourne’s distilleries – found both in Melbourne CBD and the surrounding suburbs – offer a chance to understand how spirits are made, as well as giving you the chance to try before you buy. Some will even have a restaurant attached to them that will pair dishes with your chosen drink.

Here are the best distilleries Melbourne has to offer. 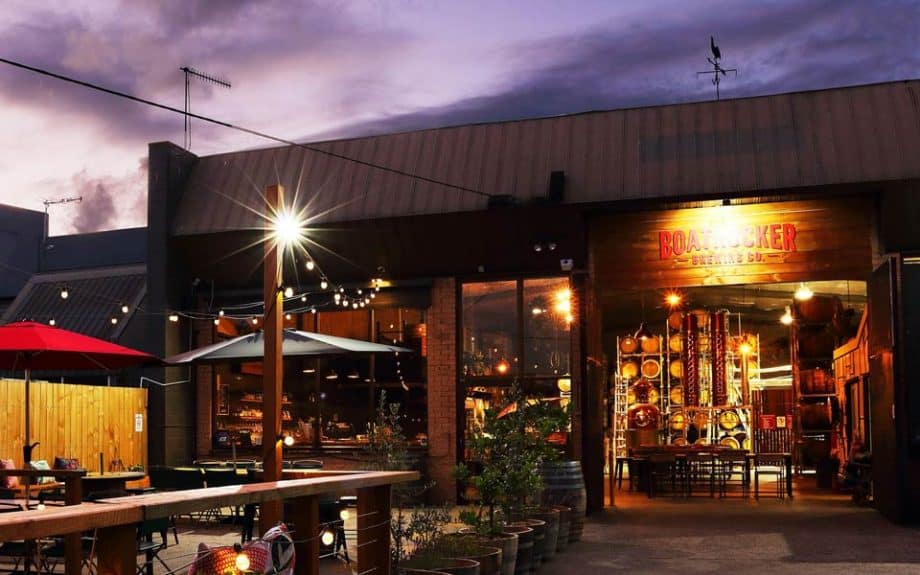 Hippocampus Gin is certainly one you need to try, being made in a steam-driven still, resulting in more uniform heating and thus, a better gin. Botanicals are left to macerate for several hours to ensure the best possible flavouring. 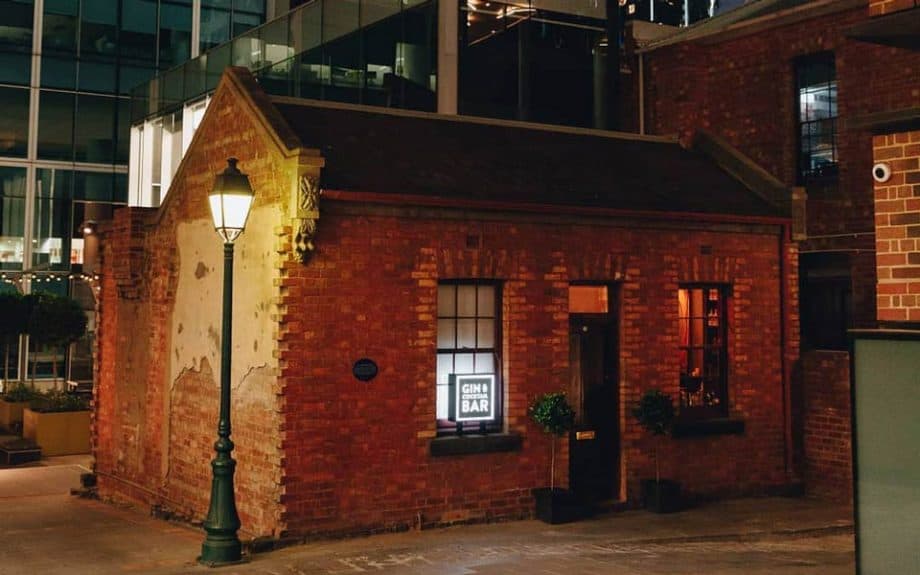 This quaint little distillery produces solely gin from its Melbourne CBD location – housed inside the last remaining single-storey building in the CBD – that take inspiration from the stories of the Little Lon district. The area used to be a slum and red-light district, starting in the 1850s, with buildings such as the one Little Lon Distilling Co, calls home (built in 1877), were used by sex workers.

The distillery names its gins after both real and fictional characters, and include a lychee-infused gin called Little Miss Yoko, a bottle called Ginger Mick, a fictional character created by author CJ Dennis and Captain Proudfoot, said to be a “vanquisher of vice” in the Little Lon district and one that exhibits flavours of rosemary and pine.

A visit to the distillery will allow you to not only learn of Little Lon’s history, but be shown how the gins are made, get the chance to try them and even learn how to make some delicious cocktails. 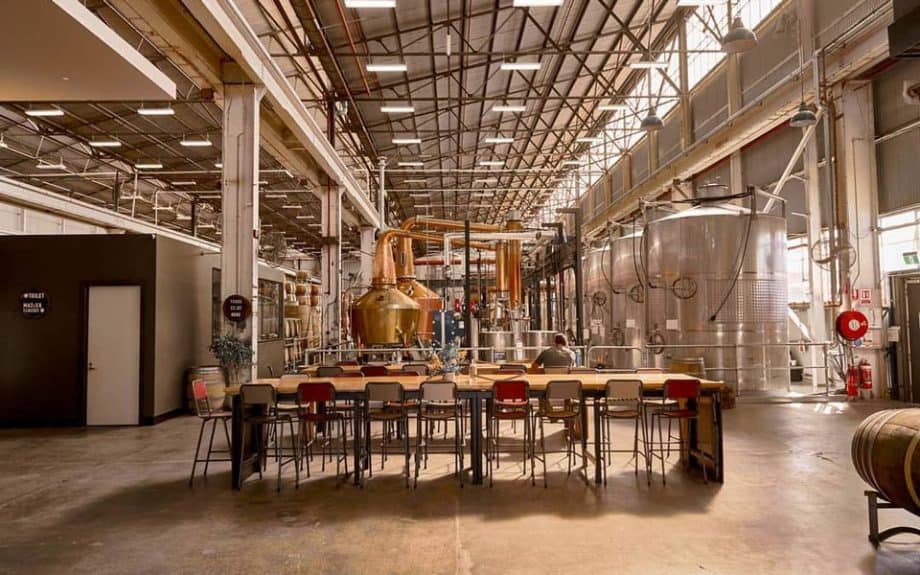 For those who prefer whisky, Starward should be your first port of call. Deliberately choosing Melbourne as its base for production, Starward claims its Melbourne’s unpredictable weather that allows its whisky to “draw out its signature fruity, delicious flavour”. By whisky standards, it’s a quick process, with each barrel (which are red wine barrels, if you needed to know) taking three years to reach maturity. Compare that to Scottish or Irish whiskies which can sometimes take a decade or so, and you’ll understand why that changing weather climate is so important to Starward.

The distillery itself is definitely worth a visit, as you can experience a full tour of the facility, engage in a whisky-making masterclass or simply just try the whiskies produced (which include special project varieties) alongside a selection of well-crafted cocktails. 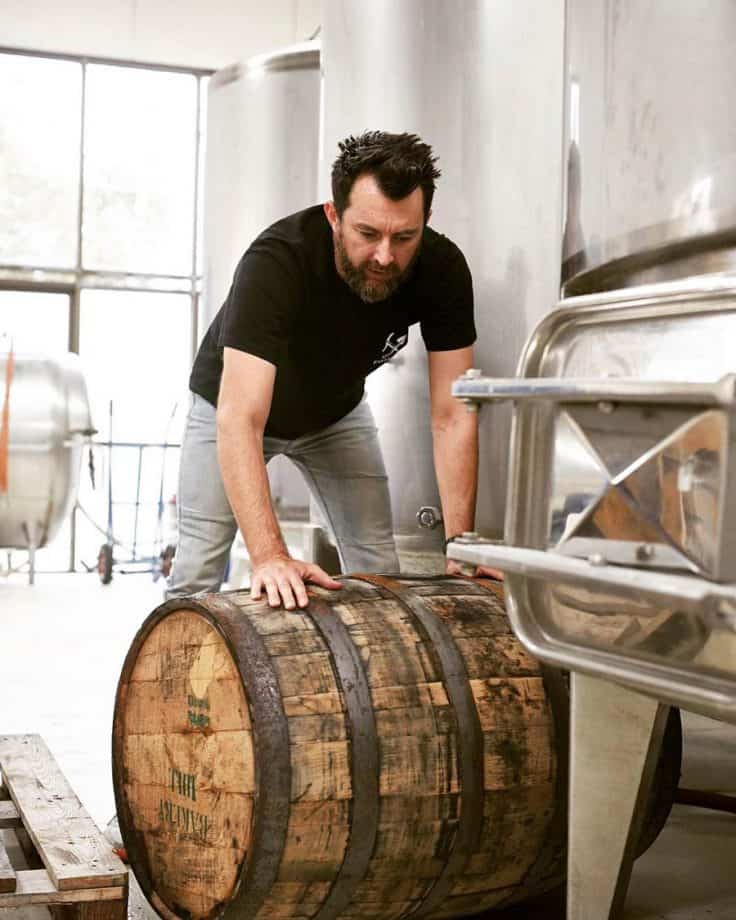 Bakery Hill has been committed to producing single malt whisky from its Melbourne base since 2000. Claiming that great-tasting single malt can indeed be made outside of Scotland and judging by not only the processes the distillery uses but the awards received – including the 2020 Award for Southern Hemisphere Whisky of the Year – we’d say they’ve proved their point. Bakery Hill employs a long maturation process, much longer than other Australian whisky producers, and will only transfer it into the bottle from the barrel when it is “perfect”.

Bakery Hill encourages anyone and everyone to pay a visit to the brewery (it already attracts a healthy influx from around the world) although make sure you book ahead, as since it’s a working distillery, walk-ins can’t be accommodated.  You’ll receive a 90-minute tour which will educate you with how Bakery Hill makes its unique whiskies. 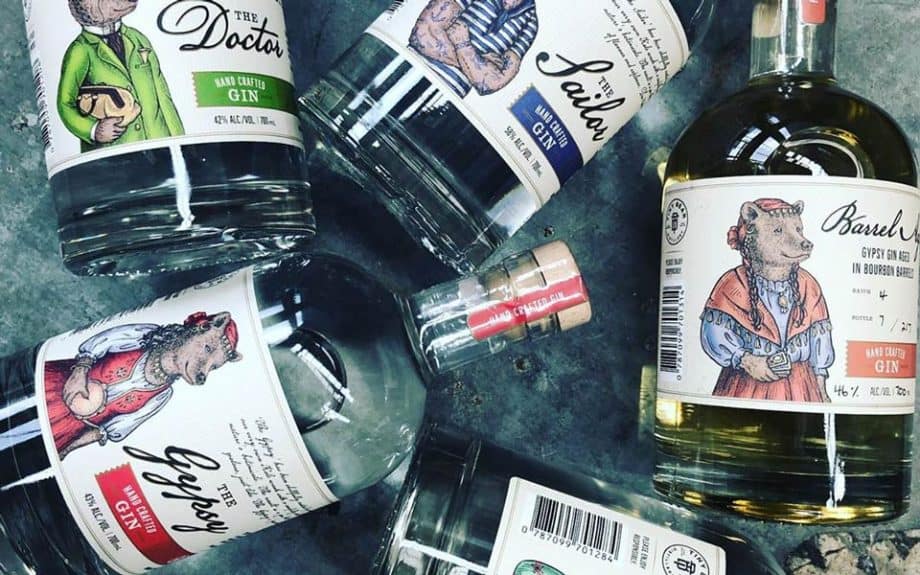 Tiny Bear Distillery was born in 2017 and founded by Damien Anderson who decided to quit his job as a high school chemistry teacher to devote his time to concoct some of the finest spirits around. From the outset, Damien wanted to make sure he could oversee the entire production process from grain to bottle, cementing the distillery as a ‘Tiny’ operation.

Damien along with wife Amanda and his team make their own base spirit on-site, from kale no less. This allows them to have a much greater influence over the final taste of their product than if they simply bought in a pre-made spirit instead. Tiny Bear currently produces three gins (with two of them also spawning barrel-aged varieties) which include a Navy-strength, a refreshing kale-infused bottle, and “The Gypsy” which introduces notes of spice.

You can help in the production of Tiny Bear’s gins with a visit to the distillery or alternatively, you can sample a gin tasting paddle alongside a delectable cheeseboard. 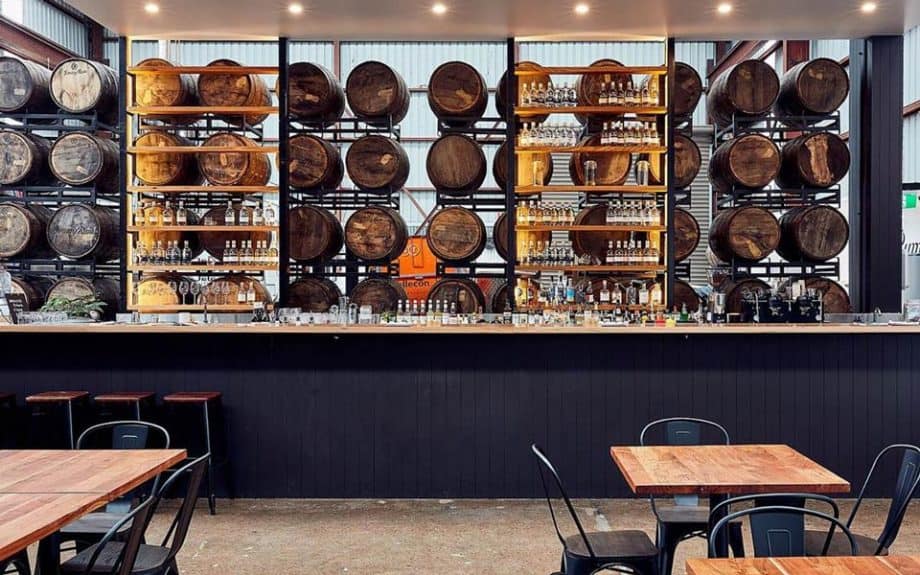 JimmyRum is Victoria’s very first craft distillery dedicated to the production of rum. Found in the Mornington Peninsula, the distillery and rum bar only opened their doors in 2019, with the venue only being founded some 18 months prior. It’s because of this that some of JimmyRum’s products can’t technically read: legally, be called rum in Australia, as they have to mature for a minimum of three years. What it does produce is what can be called Cane Spirit. Regardless of legalities, everything JimmyRum produces is made with love, care and devotion to the often-overlooked spirit.

The distillery really is worthy of popping your head in. It’s a state-of-the-art facility with a huge bar, which provides an ample viewing platform to gaze at the copper still that’s known as Matilda. Of course, you can also book yourself onto an education tour, before tasting some rum alongside a charcuterie board or a selection of toasties. 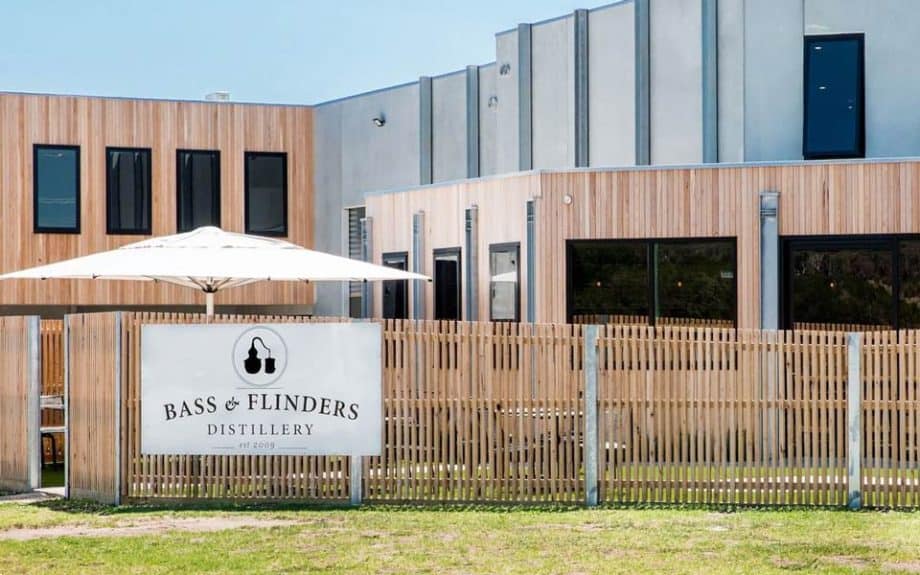 Also found in the Mornington Peninsula (it was the first in the area) is Bass & Flinders Distillery. Founded in 2009, Bass & Flinders produce brandies, gins and other liqueurs, and is one of only a handful of Australia distilleries to produce its own base spirit (eau de vie) on site. Being surrounded by a world-class wine region, the distillery sources grapes from as many local producers as possible in order to give its spirits a unique flavour profile.

Botanicals used in the production of spirits are sourced from all around Australia and occasionally from other countries, and the team is always experimenting with producing something new, with some 3000 unique gins made each year.

A visit to Bass & Flinders will allow you to partake in their Gin Masterclass, which will see you become a distiller for the day, making your own bottle to take home (and reorder whenever you like). 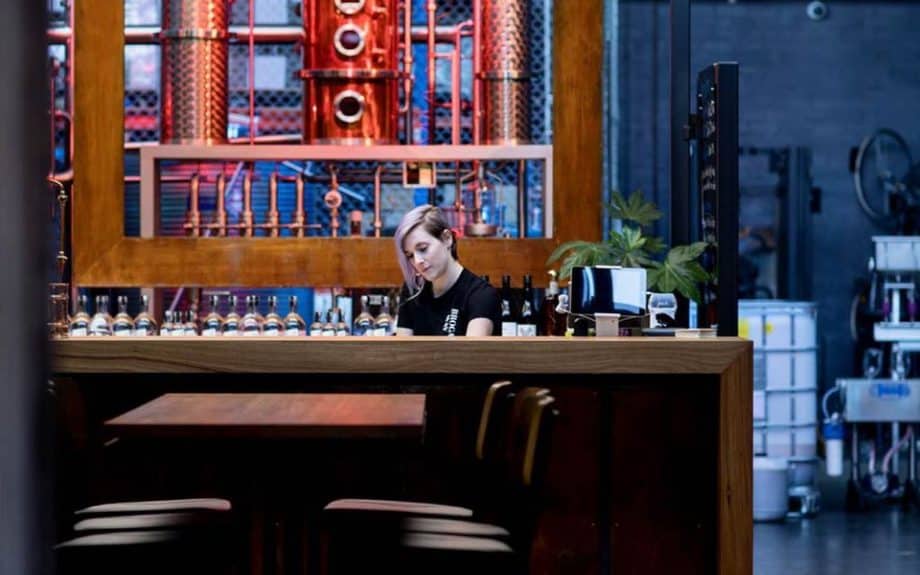 Brogan’s Way gins are made, quite literally, in Brogan’s way. Founded by Brogan Carr along with her dad Simon in 2018, this distillery has seen some serious growth, going from a three-strong range of gins in 2019 to a now seriously comprehensive selection that also adds a vodka into the mix. Brogan is very personal and proud of the selection and is always developing new flavour profiles to satisfy gin-lovers worldwide.

The distillery itself is housed within Simon’s former automotive warehouse (he also quit his job to pursue the dream) which includes a bar made from natural Australian timber serving up a range of cocktails and snacks. 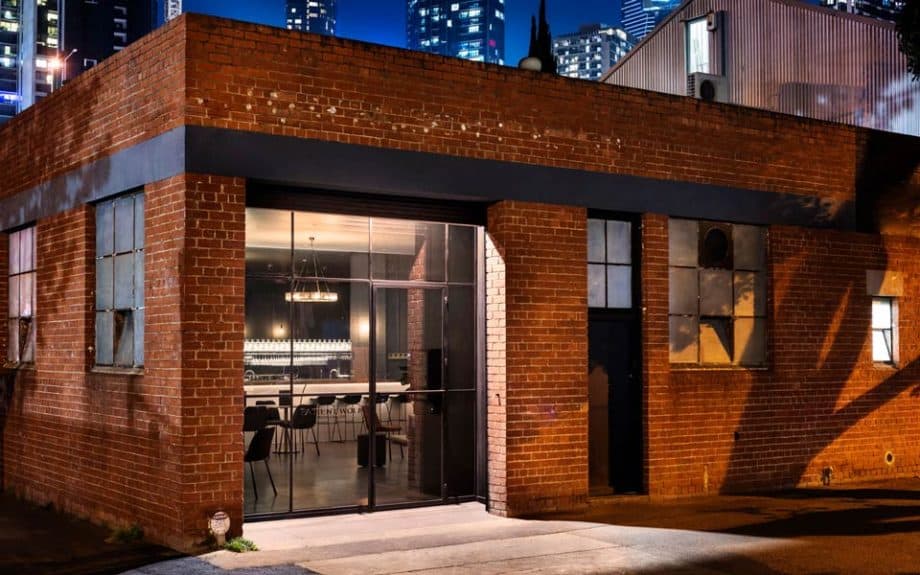 Patient Wolf Distilling Co is home to one of the largest independent gin distilleries in the whole of Victoria. It currently produces three gin varietals: a Melbourne Dry; a thyme and lemon-infused zesty varietal and a Sloe berry-infused gin that has been consistently popular with customers.

The bar itself could easily be seen as one of the best bars in Melbourne, owing to its New York loft-style décor, with clean lines, exposed brickwork and seating for 30. It’s also where you can receive a distillery tour, as well as experiencing gin masterclasses so you can leave an amateur distiller.