An exaggeration? Perhaps. But as anyone who appreciates style will attest, Kanye’s latest winter flex is the sartorial equivalent of Nietzsche’s, “It is my ambition to say in ten sentences what others say in a whole book.”

Like the renowned nihilist, Kanye too has an ego that surpasses his talent. This is sometimes reflected in his clothing, with his Luxury Crocs, Fisherman’s Flex and Zero F*cks Style recently making headlines.

This week though he has come through with the goods, spotted stepping out of a Paris restaurant after his Paris Fashion Week show on March the 2nd 2020, wearing a suede jacket, light khaki jeans, grey boots (all appear to be part of Yeezy Season 8) a white tee shirt and his signature bling. 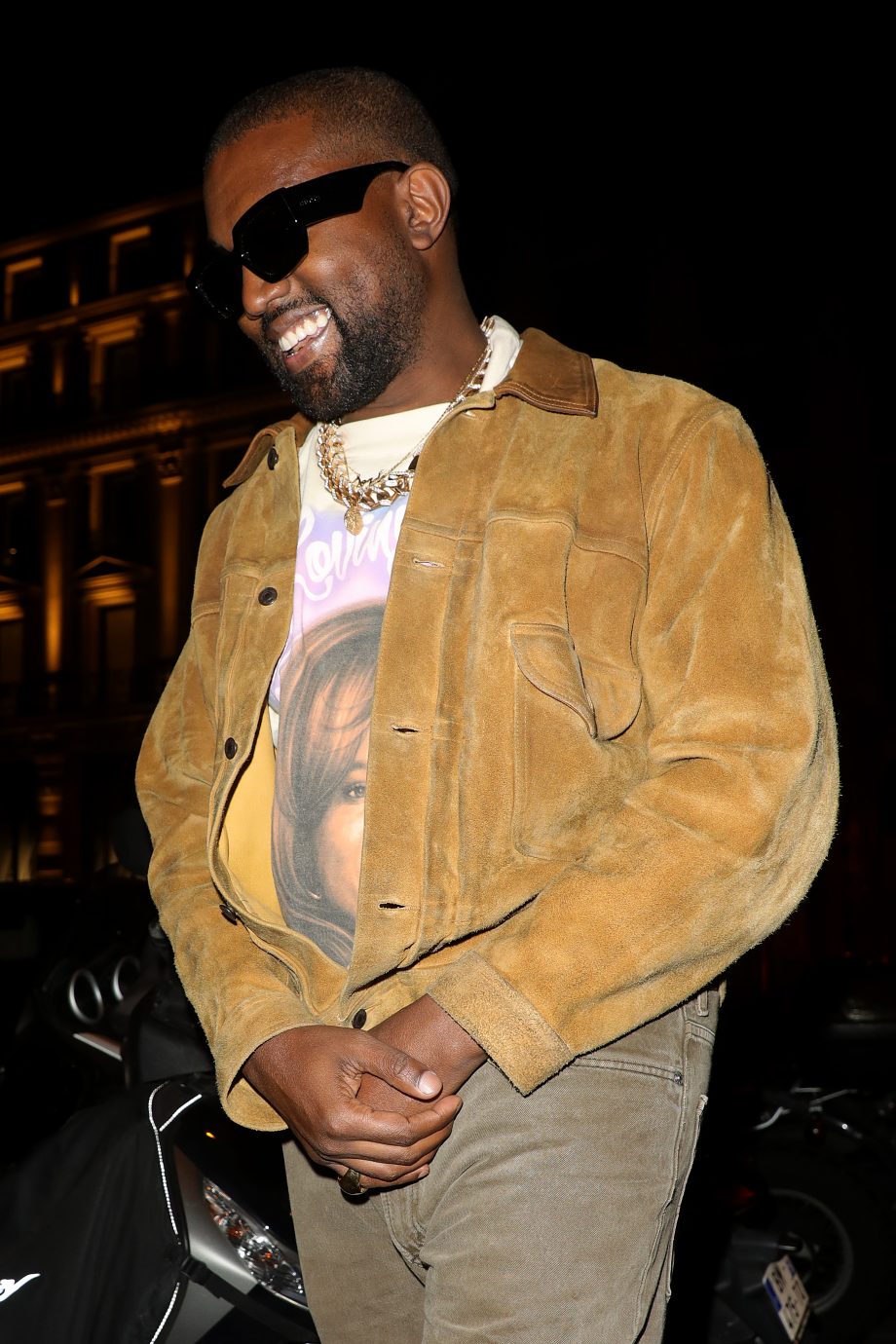 During the show, Kanye brought Yeezy back to the runway (after a hiatus since his last show in 2017) and also brought along his daughter North to steal the scene with some rap of her own.

The show took place in Espace Niemeyer, the headquarters of the French Communist Party famous for its alien landing-looking dome, underground council room and Brutalist design.

A marked change since, as The New York Times puts it, “he first tried to conquer the industry [eight years and one brand ago] with skintight leather, bugle beads, broadtail and go-karts, only to retreat after two seasons.”

“Thus did Mr. West return to Paris Fashion Week: with family in tow, outreach on the mind, a dose of bombast, a dollop of absurdity and a piece of home.”

The Stronger rapper is now, according to The New York Times’ fashion review, some sort of “Delphic oracle/court jester/cultural harbinger/sneaker supremo.”

After a runway hiatus since his last show in 2017, #KanyeWest brought #Yeezy back to the runway with a #YeezySeason8 #PFW show featuring his daughter North. What do you think about the collection? #upscalehype #kanye #yeezyseason #parisfashionweek

In other words, Kanye is not just a preacher of ear candy and divinity, but of style too. Mimick it at your own risk…