Before today’s names for the various types of golf clubs were decided, they have been known throughout the years as longnoses, niblicks, cleeks, mashies, and even the jigger. Unfortunately, we have to stop it there because the list for these names is surprisingly long and there wouldn’t be space to include them all, but okay, one more, the spoon.

Luckily, someone stepped in along the way and changed the names so that they are not just easy to follow but actually describe what they are supposed to do on the course. Now we’ve got our drivers, wedges, irons, putters and most recently, hybrids.

The golfer’s weapon of choice, which golf club you choose, is the factor that makes or breaks your performance, so you’ll need the best for any situation. When you find yourself setting up that golf ball on the tee, looking out at the sea of green ahead and that little red flag that marks the hole, you’ll need a driver to get you as close as possible. Irons are a little similar but have different variations depending on your distance from the hole, which are numbered from 4 to 9-irons. Wedges are for those moments you find yourself off the fairway and need something to wedge yourself out. Putters are for that final shot, right before the hole, and par is within your grasp.

The best brands in the sport today put the majority of energy into delivering the highest-performing equipment and golf clubs are always the priority because even though you’re swinging, the club is the deciding factor in whether the shot will keep your score nice and low. Going above and beyond when constructing their clubs, brands like Titleist and Mizuno are using cutting-edge technology and space-age level materials that can be used by players of all levels, from the amateur weekender to the professionals on the circuit.

But which brands deserve your attention the most? We’ve done the hard work for you to bring you the definitive list of golf club manufacturers that will soon have you swinging your way to your best game yet.

Having access to the most advanced technology in the world of sports is the biggest advantage Callaway has in the development of their clubs. Recently, the brand took the next step when they decided to use artificial intelligence and supercomputers to design their latest Mavrik series of clubs. They even look like they were created by those machines that put cars together, but the performance shows why they are some of the best. Streamlined towards how individual players approach the game, so no matter which driver, iron or wedge you go with, it has the formula for success on the green. 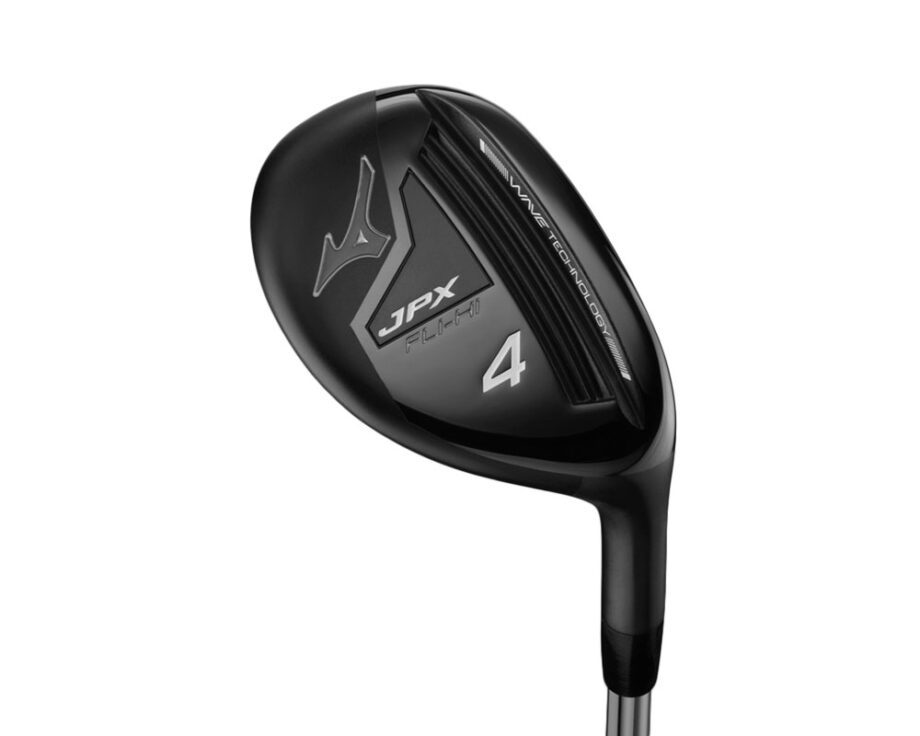 Mizuno’s golf clubs were enjoyed exclusively by the golfer’s of Japan for over 40 years before they expanded to the rest of the world in the late 1970’s and established their reputation for producing quality. It was said that founder Rihachi Mizuno, wouldn’t use certain baseball bats unless the ball would bounce to his eye level off its surface. That mentality has followed the brand into the development of their golf clubs, and with their titanium alloy-faced, carbon steel JPX series of irons and maraging steel-infused hybrids (maraging steel exhibits incredible strength, without compromising on ductility), they deliver on that ambitious promise of quality.
Shop Now 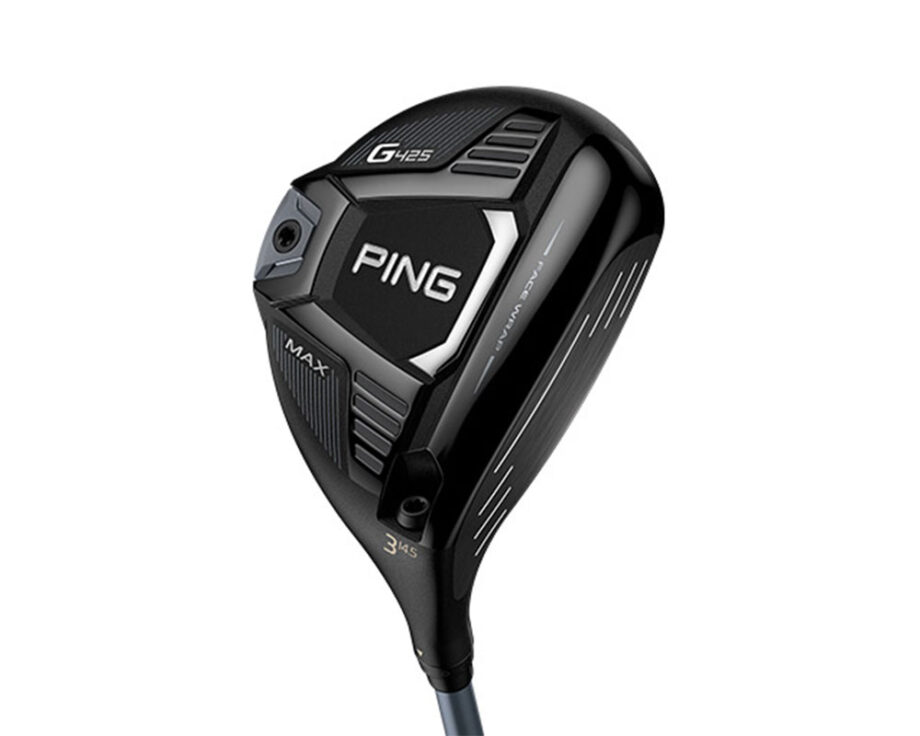 The founder of PING, Karsten Solheim, has often been referred to as the ‘Thomas Edison of Golf’, having revolutionised the putter with a heel toe-weighted design. Since then the brand has been at the forefront of innovation, always prioritising quality in the engineering of their golf clubs. With one of the widest ranges, including their G425 series, there is something that tailors to every kind of player and for every kind of problem they might face on the course, such as drivers designed specifically to realign shots for golfers that often miss the tee to the right. 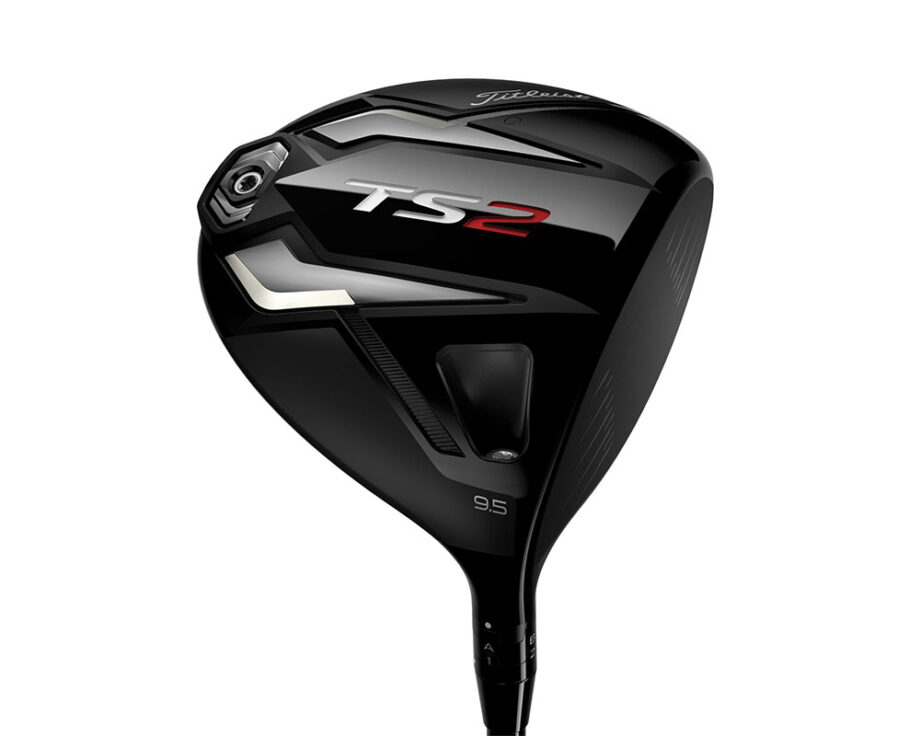 With a majority of their golf clubs being included on the Golf Digest Hot List year after year, even for 2021 with their TSi series, it’s no surprise that Titleist are one of the best in the game, and their aim is to provide that for players so they can reach that top spot with the lowest score. With a customisable approach, players are able to construct their own clubs from the selection of different shafts for drivers, and even different heads for wedges so they can be ready for any
Shop Now 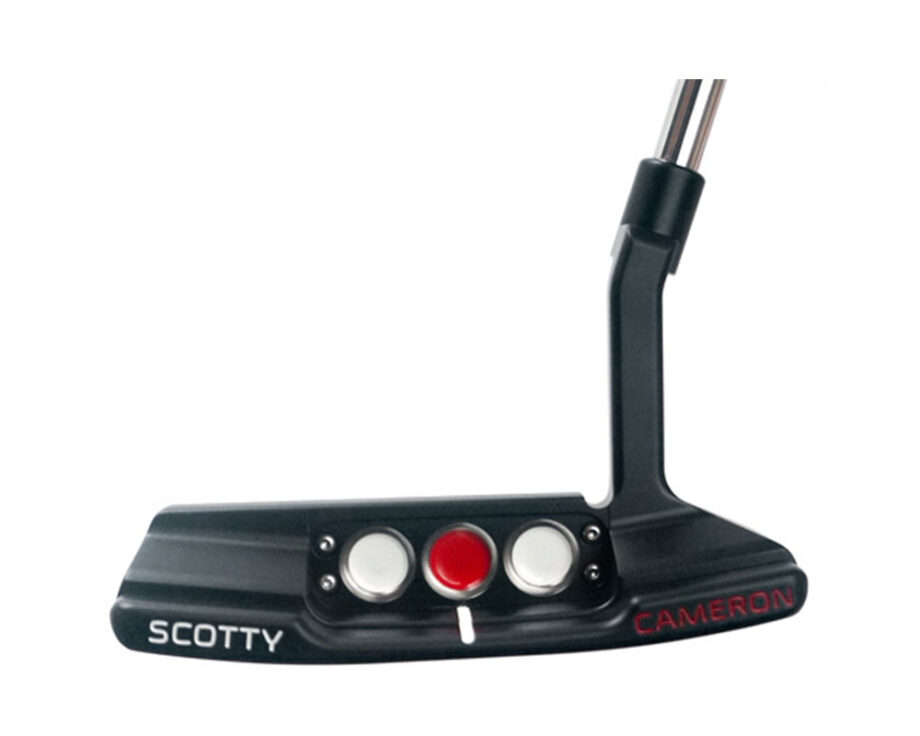 Getting his start making putters with his father in their garage at an early age, Scotty Cameron put that nostalgic love into a brand that has set itself apart from the rest of the competition by focusing primarily on one form of the game, putting. Scotty Cameron has put all their efforts into creating the most precise putters, such as their Newport series, that will have you feeling confident before you take that final shot, using materials like stainless steel and aluminum for the face and body, and an overall sleek and stable shape.
Shop Now 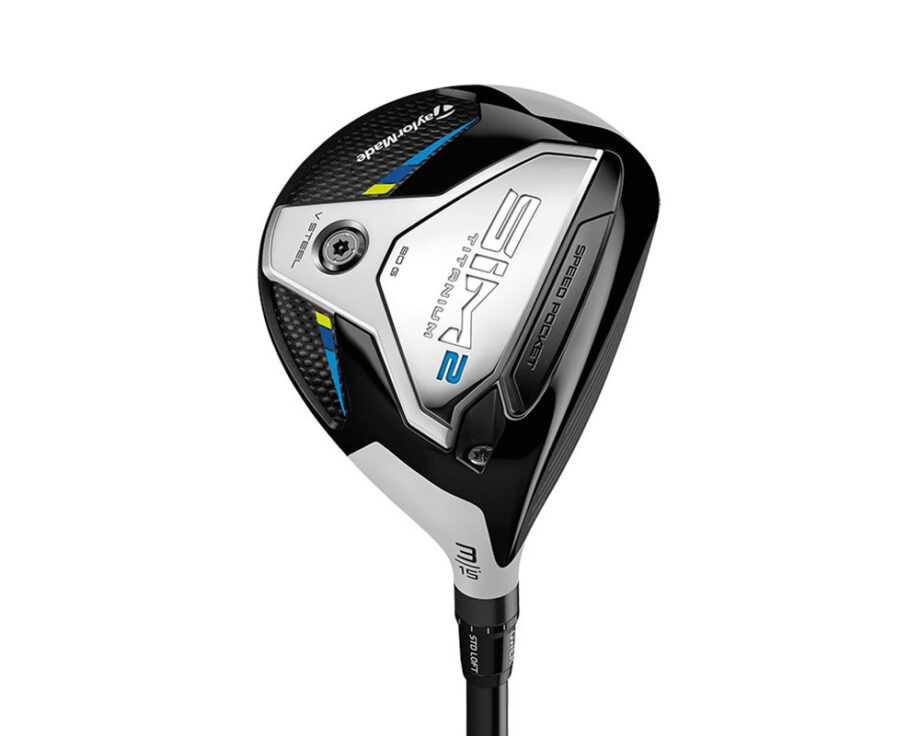 If there was ever a Mount Rushmore of golf clubs, TaylorMade would definitely be on there. The brand's presence is seen throughout all levels of the game from the local course to the majors, and their clubs are some of the most used on tour, even by Tiger Woods himself. Each club type has been engineered to boost their specific function for better performance and precision, such as the SIM2 series, constructed with lightweight aluminum drivers for maximum height off the tee, and the carbon steel, polymer blended P7 irons for unshakeable accuracy on the fairway. 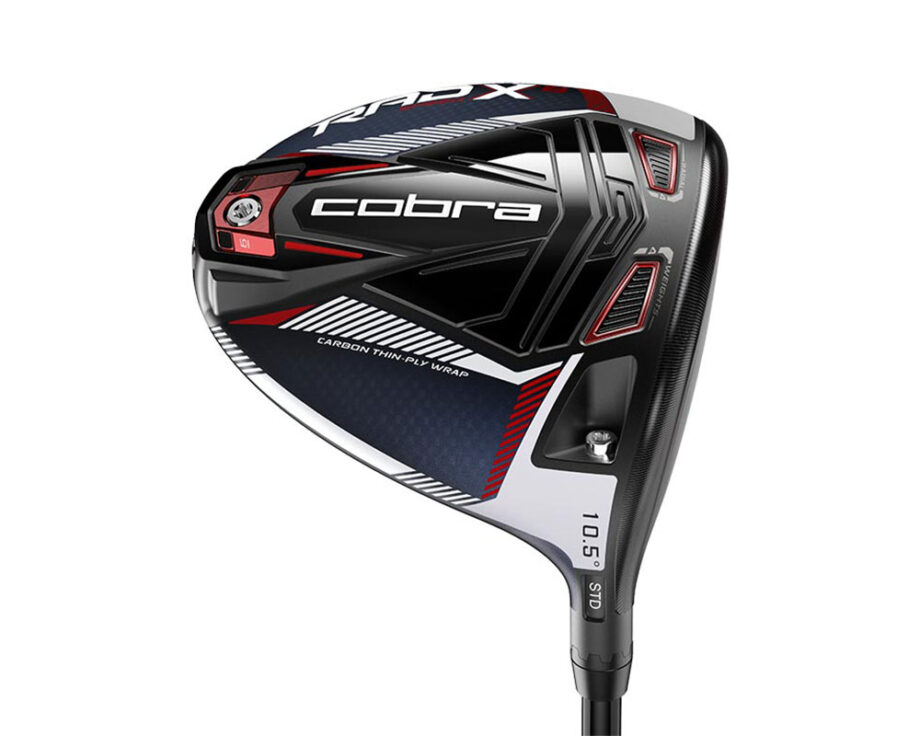 Founded in 1973 by Australian amateur champion Thomas Crow, Cobra Golf was innovative for developing the autoclave system allowing graphite shafts to be strengthened through a compression-curing process, which furthered an already successful club designing career, culminating in the brand being purchased in 2010 by none other than, Puma. Now with their latest Radspeed series, using materials such as maraging steel, carbon fibre, and construction methods such as 3D printing and weighted heads that aim for that lightweight feel but deliver on precise, controlled shots.
Shop Now 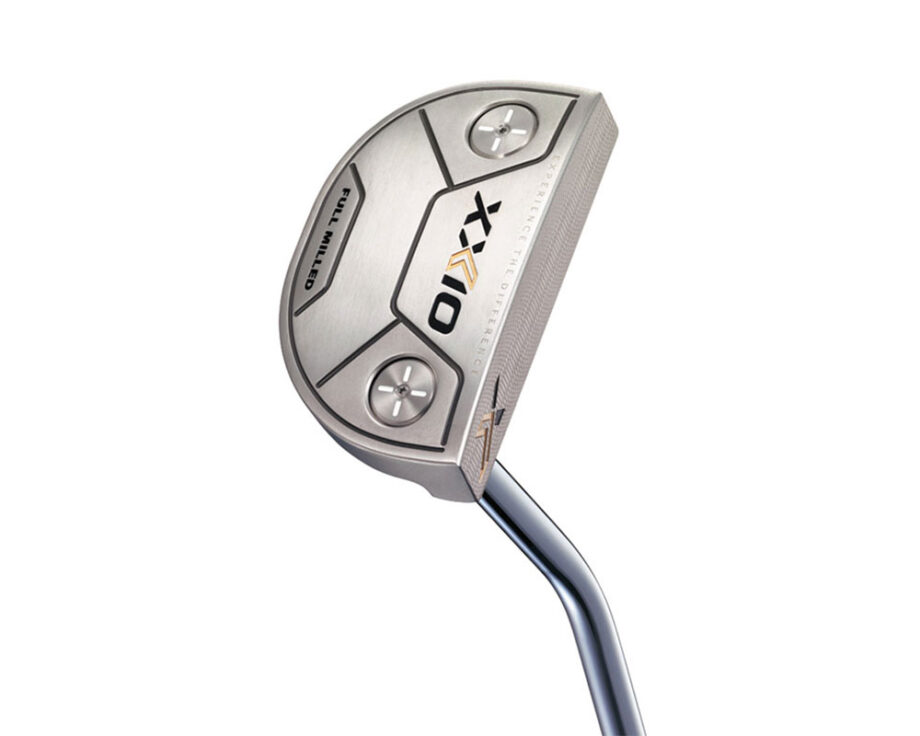 Next to their sister brand Srixon, XXIO are dedicated to one thing, designing their clubs for those players with moderate swing speeds. Preferring to let the club do most of the work, XXIO clubs are constructed with their ‘Weight Plus’ technology, including the X Black series, that concentrates the weight in the grip of the club that reduces the force required to support the head at the top of the swing, so you get all the impact with the least amount of force.
Shop Now 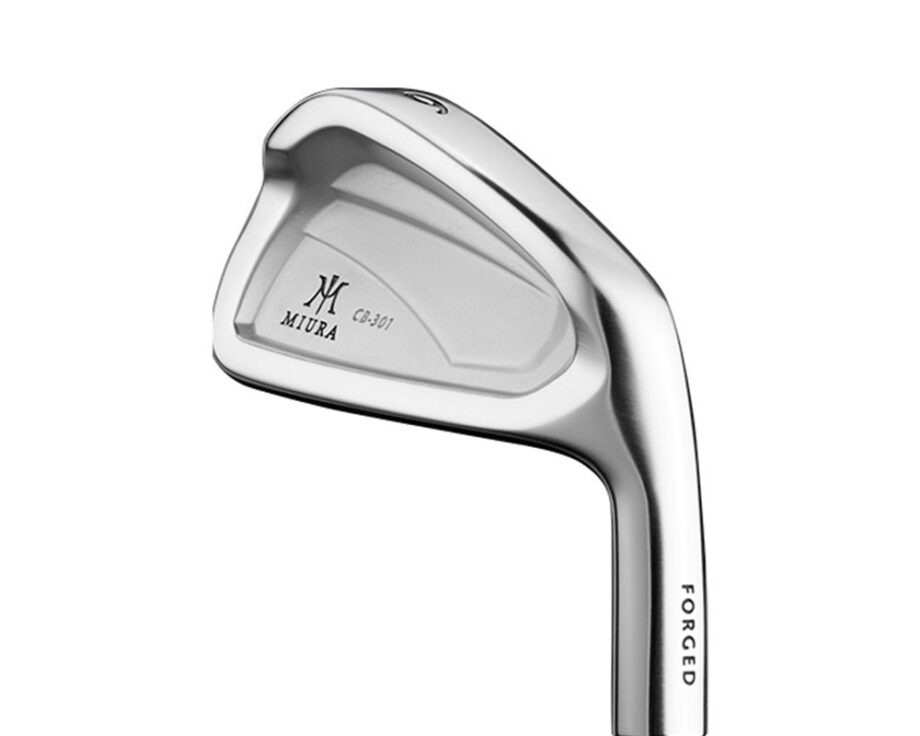 Creating some of the most elegant, sleek looking irons and wedges since 1957, Miura approach their design to golf clubs like the samurai, with patience and precision. Their goal is always to achieve near-perfection for the performance of their clubs, incorporating everything from the size, weight, sole weight, face thickness, bounce, and even the centre of gravity. Combine this formula with soft carbon steel and chrome finishes, and you’ve got a club that slices effortlessly off the turf. Their latest all-black finish QPQ irons are some of the best in their range.
Shop Now 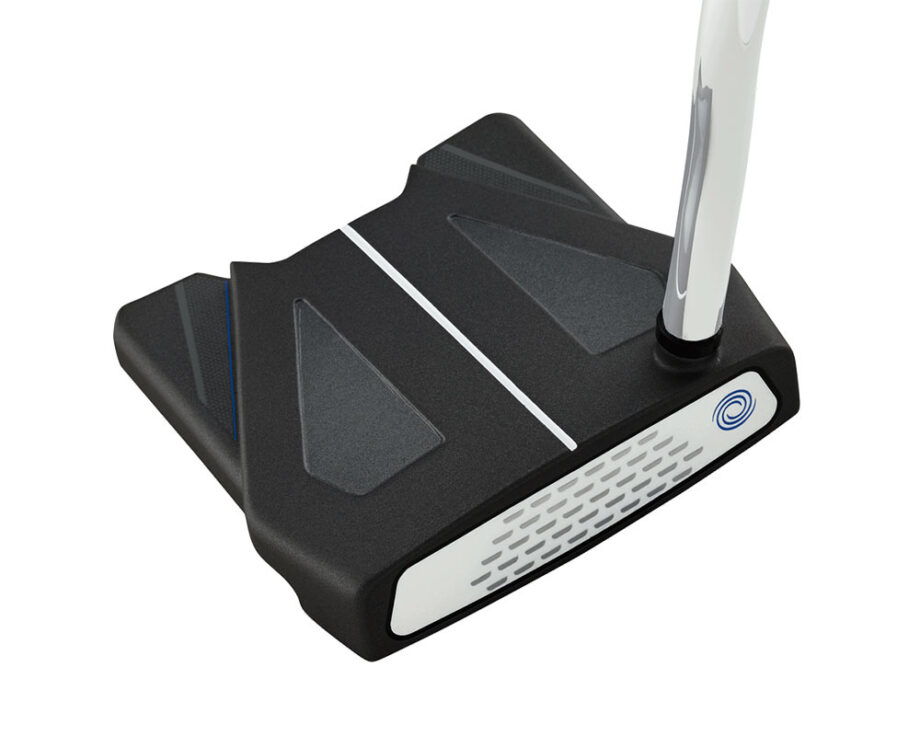 Since being purchased and owned by Callaway in 1997, Odyssey have been innovating the putter for decades and it’s no surprise with a backing from one of the premier brands in golf. Consistently included in various best putters lists, including their ‘White Hot OG’ series, and used by the very best pros on the tour circuit, the brand has a wide range that lives up to that reputation. From your classically designed putters with two-part urethane technology to your mallet putters with double bend face structure for improved alignment and balance. 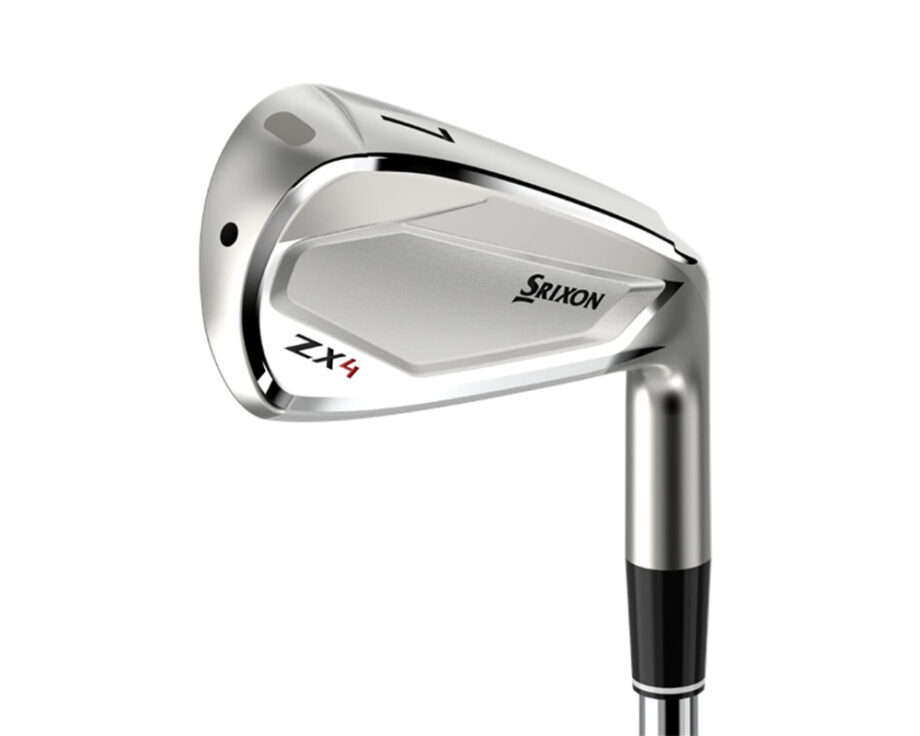 Consistently used by many pros on the tour circuit, Srixon clubs have slowly, but surely become recognised as some of the best on the market. Even with over 70 years of experience under their belt, the brand still seeks to innovate with new technologies and use them to elevate their current clubs. By focusing on flexible layers on the faces of their drivers for their ‘ZX series’ that creates more recoil on impact, and sharp, narrow grooves on their ‘Z series’ irons for more spin and stopping power. 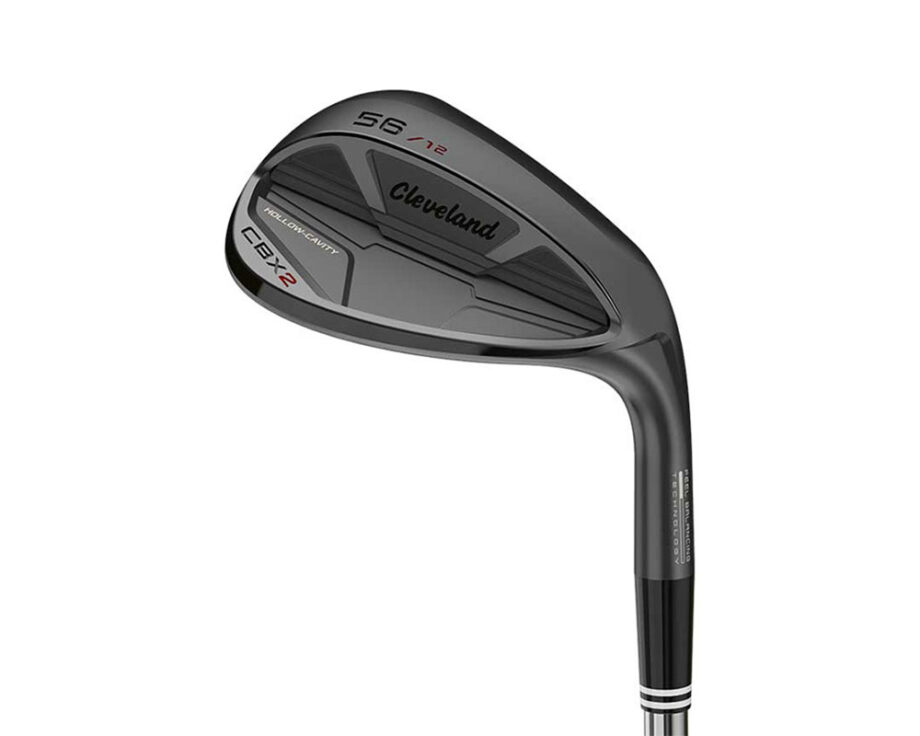 Named after club designer Roger Cleveland, the brand got its start making replicas of clubs from the 1940’s and 50’s, with the name ‘Cleveland Classics’. They progressed into developing their own clubs and became well regarded for their wedges and woods including their ‘Launcher series’, eventually being noticed by the pros and used on the circuits. Today they have one of the most affordable ranges of clubs that provide a consistent level of performance and quality. With the latest innovations in technology and constructed with some of the strongest and lightest materials, their clubs guarantee confidence on the course.
Shop Now 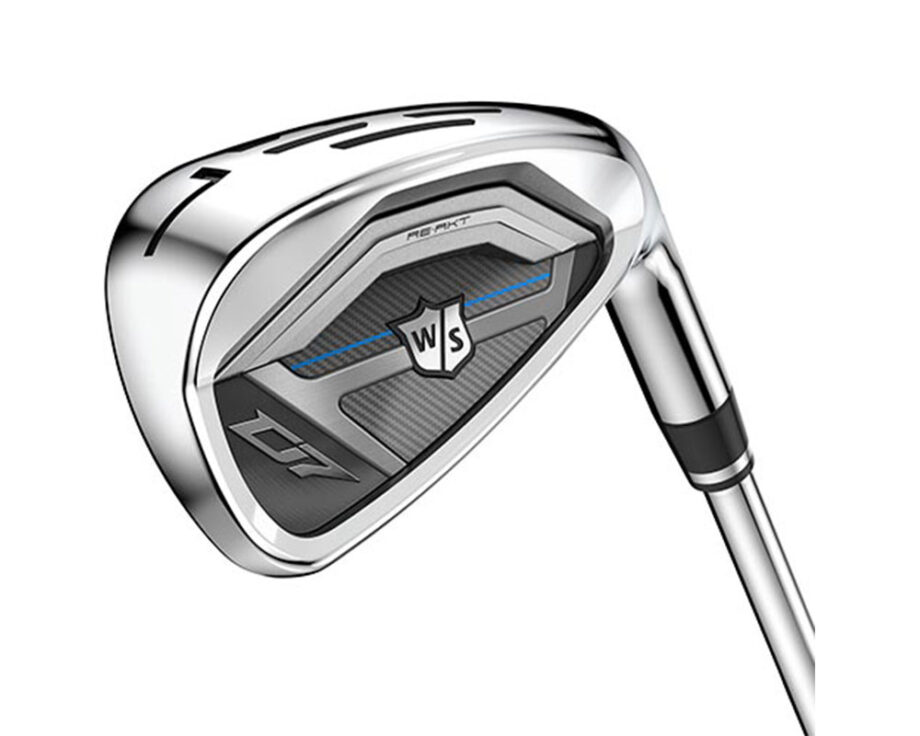 When golf great Walter Hagen emerged as a major sport personality in 1914, there was a need for a brand that could fit the bill, and it was Wilson. They were then known as the ‘Thomas E. Wilson Sporting Company’ and their golf division has since then become known as ‘Wilson Staff’, and have been a mainstay throughout the sport for over a century. They have remained a premier brand for innovation when it comes to materials such as urethane and even nanotechnology. Be sure to check out their ‘Model’ series of irons and wedges.
Shop Now 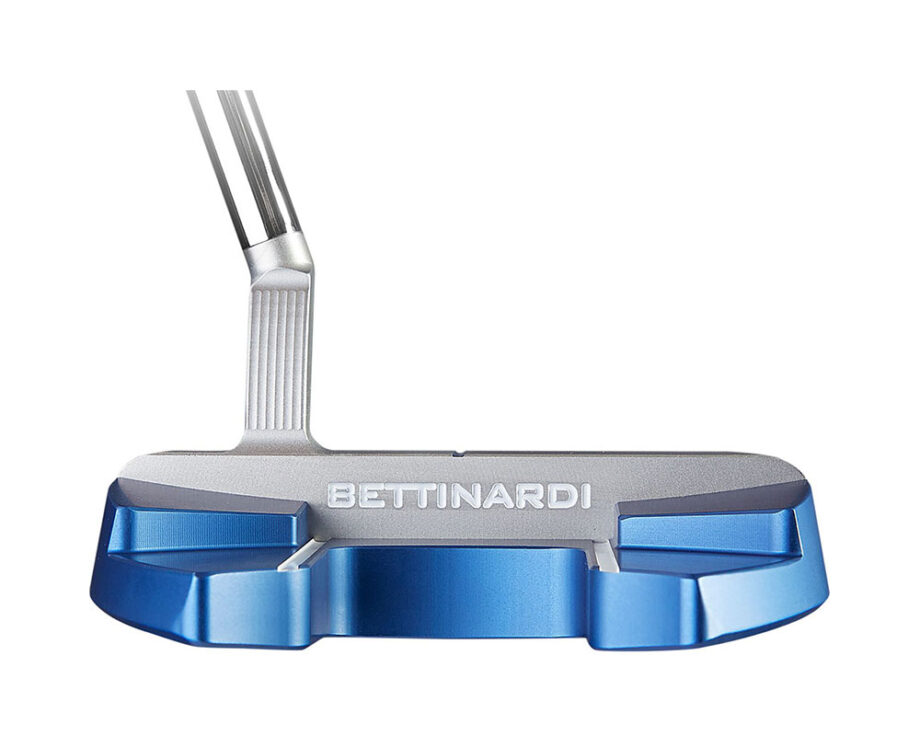 With a focus on putters and wedges, including a Golf Digest Hot List 2021 awarded collection, Bettinardi blends the latest technology with distinctively designed head shapes that set them apart from other club-focused brands on the market. With technologies such as the ‘Feel Impact Technology’ (F.I.T.) on their ‘Inovai series’ for stronger impact, uniquely shaped mallet and shaft putters, and forged with carbon and stainless steel, that put in the work that will consistently have you sinking the final shot. 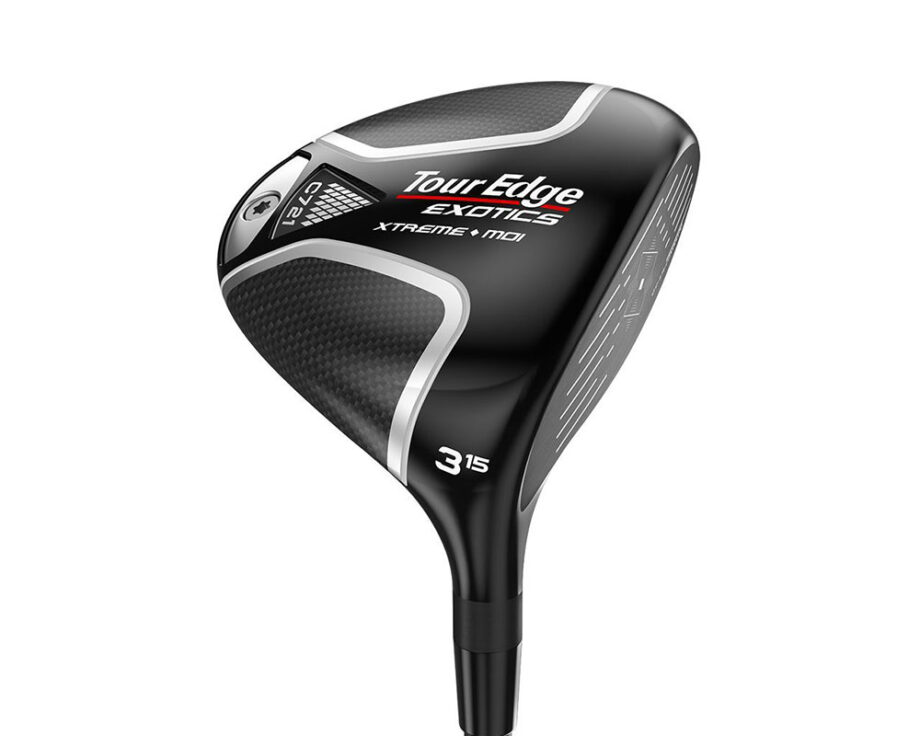 Late last year, Tour Edge set the record for the most number of clubs, 41 in total, being used by professionals at a PGA Tour event. It’s the kind of milestone that solidifies the brand’s clubs as some of the highest-performing, even at the highest levels of the game. To match that standard, they have used top of the line materials such as titanium, carbon fibre and stainless steel, with advanced layering and even sound diffusion technologies for their ‘Exotics series’.
Shop Now 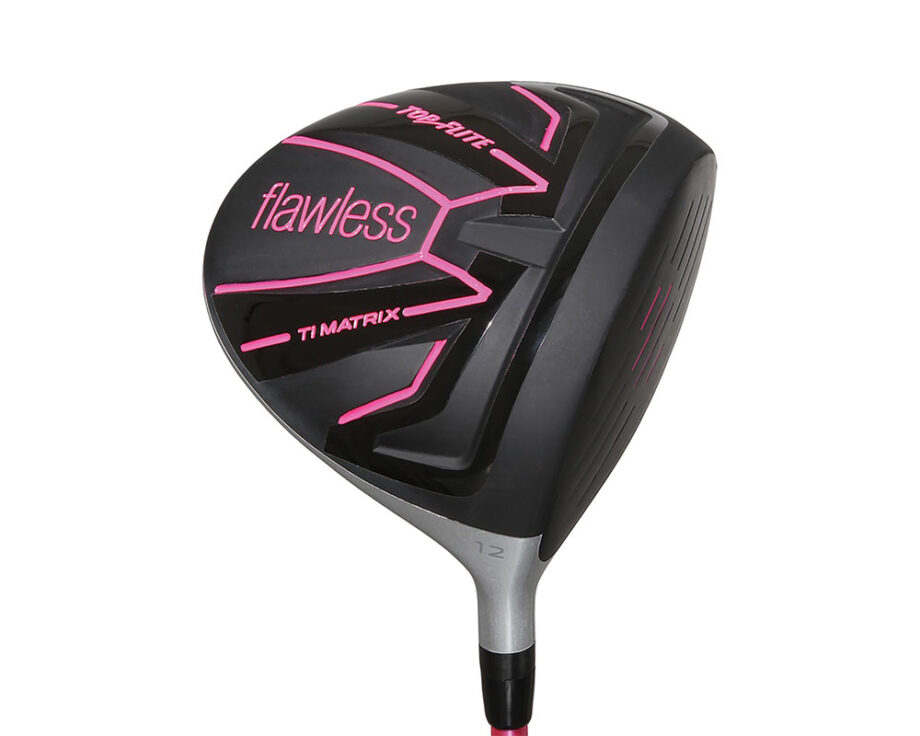 If you are the kind of player that is maybe just getting started but intimidated by the amount of information that goes into purchasing the right clubs and the strain on your budget, then Top Flite is the perfect brand to get you going. Aside from being affordable, the brands clubs within their ‘Gamer series’ are reliable and will give you optimal output whether you’re on the range or the course, which includes titanium faced drivers, urethane irons and stainless steel drivers.

Best Golf Pants For Men For On Course Comfort

The Best Golf Shorts For Style & Stretch Round After Round