Like To Make Disco Party? Here’s How To Dress For A Night Out

Get the right kind of party pants on.

It’s a Saturday night and you’ve been press-ganged into going to the discotheque.

Maybe it’s a young relative’s 21st birthday party you’ve been trying to evade. Or maybe you just can’t let the good times go. Either way, it looks like you’ll need to slide up to the velvet rope and do your best to impress the burly door chap without ending up in a sleeper choke.

As it happens, nightclubs take their wardrobe standards pretty seriously these days and it’s not always easy to walk away from rejection at the door with your pride intact.

This guide should help you get your wardrobe in order so that you can tell your friends that you went to a nightclub like a sophisticated cool cat.

Wearing A Blazer With A T-Shirt In The Club 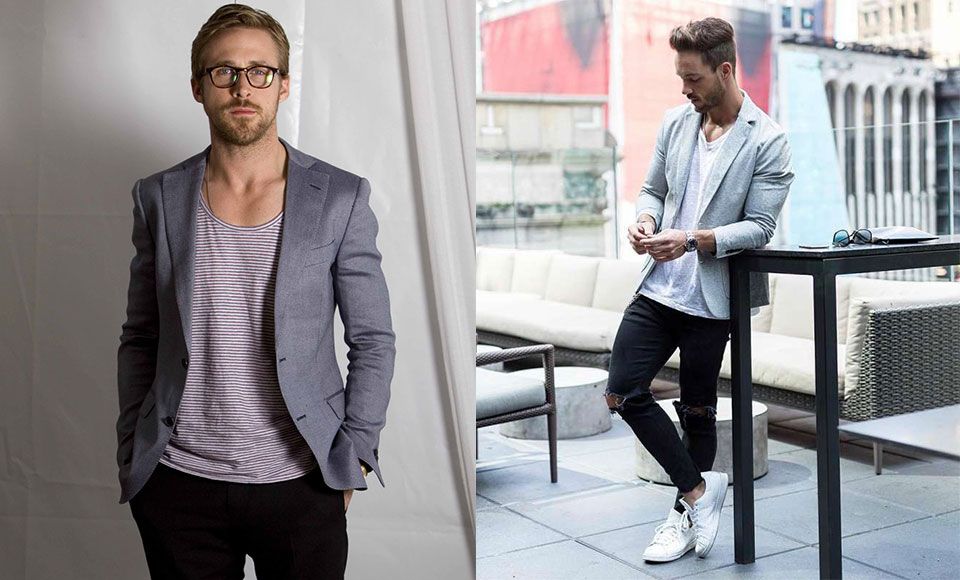 Unless you’re making a serious run at Friday night kick-ons and haven’t had a chance to change, it’s not entirely necessary to deck yourself out in a full suit. It’s easy to destroy one at a club, and they’re dry-clean only.

That means an errant glass of red wine will become a costly mistake if you’re not lucky enough to avoid a drunken spill. Stick to separates instead. A blazer with a button down and smart fitted chinos or dark denim is hard to beat. Just lose the tie, and avoid a pocket square as drunk people seem to enjoy using them as a tissue.

However, for drinking establishments that are less club and more bar, a suit might be the difference between an extortionate entry free and breezing through the front door with a nod from the bouncer.

What colour suit? If it’s a swanky bar a grey, black or navy suit will do just fine – as are separates using these colours. Also make sure your dress shoes are in decent condition – no tatty shoes from your first day on the job. We’re talking about a nice pair of oxfords, double monks or leather loafers should the weather permit.

If you need help in this department, check out our guide to men’s dress shoes for those who know nothing about dress shoes.

Wearing Black & White In The Club 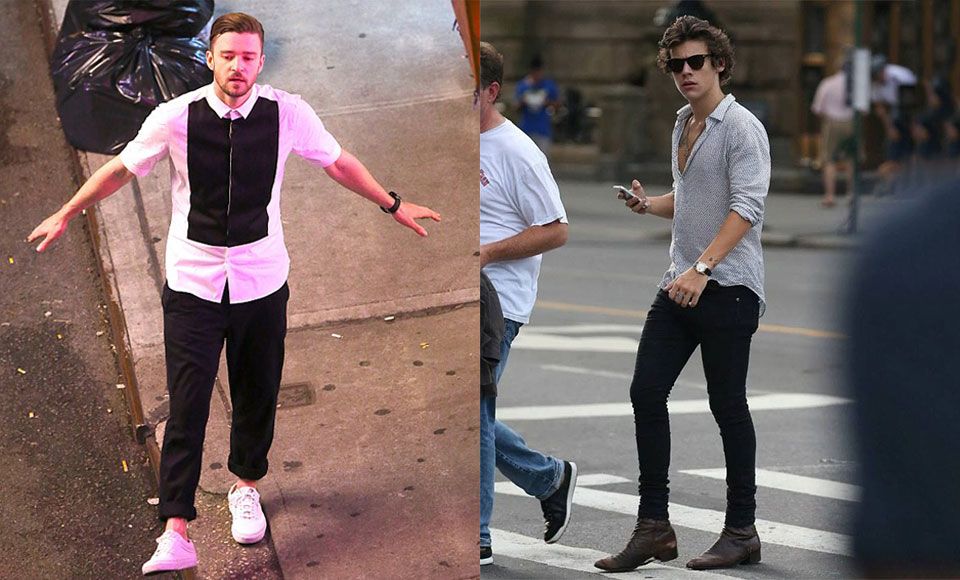 Monochromatic outfits are cool, but looking like one of the floor staff is not. Although black conceals sweat and other defects it’s not terribly adventurous and can look sombre in such a social atmosphere.

Add a white tee to the black jeans, and a navy or khaki bomber jacket instead of the black jacket. Or find a button up shirt which has a fine monochromatic pattern to give your look a bit more depth like Harry above.

It’s also important to note that you should stick to a darker colour palette in clubs. A white blazer or light pair of chinos will get totally annihilated in a darkly-lit rave cave where you can’t tiptoe around every unfortunate stain in front of you. Save the lighter garment colours for the summer parties.

The easiest combination? Light coloured shirt up top, black for bottoms. The look can be polished off with either white sneakers or leather shoes or boots depending on the venue.

Wearing A Shirt In The Club 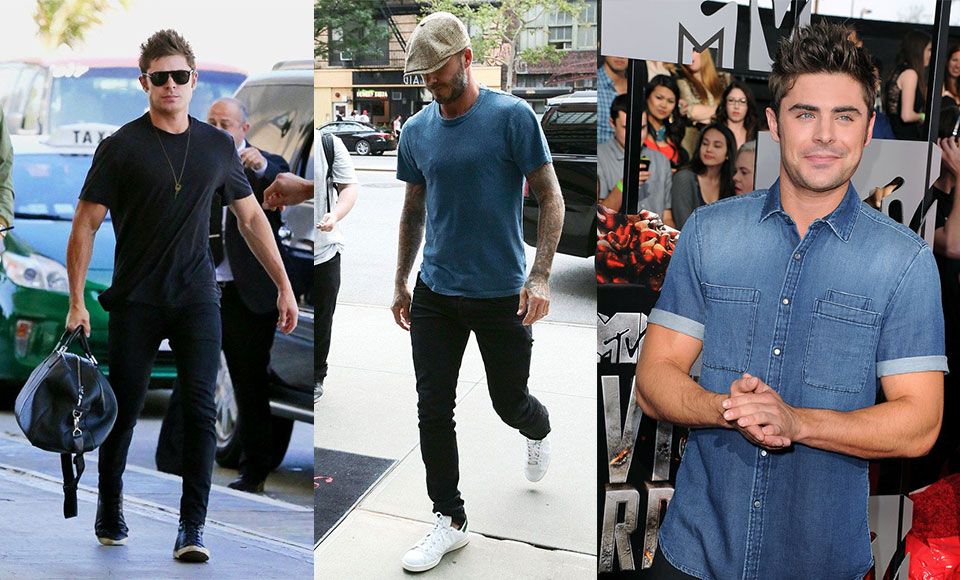 Clubs get bloody hot. They’re poorly ventilated as it is and there’s usually a press of sweaty bodies in the way. And no one wants to wiggle their way out of six layers.

The answer is to keep things cool, light and simple. The threads you’ll want are pieces like denim shirts, linen shirts, fitted crew neck tees and anything that is a single layer.

Patterns and colours are entirely up to your individual taste but if there’s two things we’d recommend, it’s stay away from polyester shirts and always go for a fitted look. Tees are already casual enough so if you go too big you’ll look like an extra for a rap video.

Wearing Expensive Brands In The Club 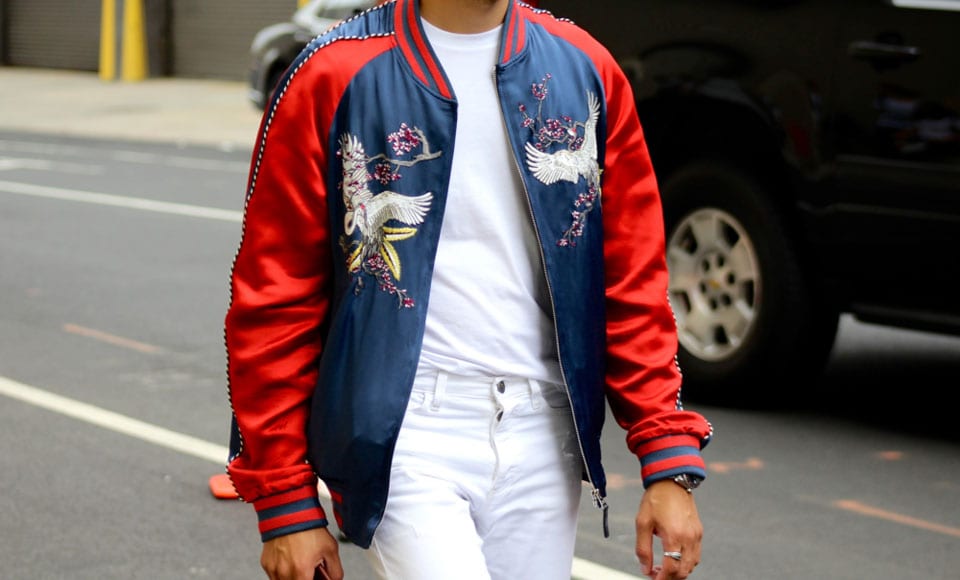 Put simply, don’t do it. Clubs equal lots of drunken bodies fighting over empty space in booths and at the bar. It’s dark, noisy, and people can lose grasp of situational awareness quick smart once the cheap shots get underway.

The Seamaster, Gucci bomber, and Loro Piana super150 wool-silk-linen blazer are all likely casualties in this setting. Don’t set yourself up for disappointment by wearing your best gear only to witness it being wrecked in a drunken accident. Plus, it’s dark as hell and no one can really see you.

Our advice is to keep your personal style but pare it down with cheaper options. Instead of rocking your John Elliott jeans, go for a cheaper pair of Nudies which can look just as good but won’t hurt as much if they get stained.

Your plain white tees also don’t need to be A.P.C branded. And definitely leave the Burberry trench (or any trench for that matter) hanging safely in your closet.

Wearing Button Shirts With Trousers In The Club 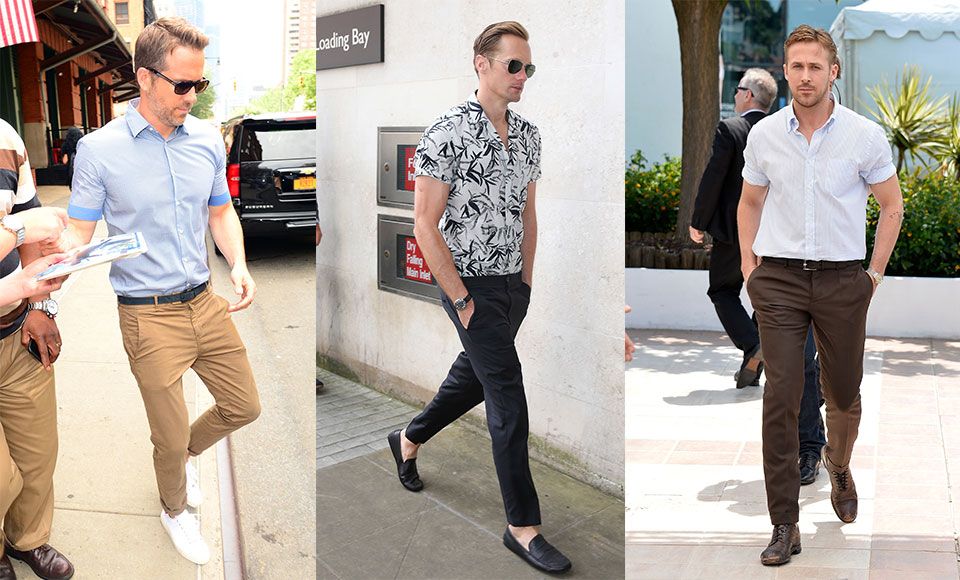 In most cases, a crisp button-down and dark trousers will get you past the selective dress codes on the door. A plain oxford shirt can’t go wrong, but feel free to experiment with modest patterns to give you some point of difference from the masses.

Tucking the shirt in is generally mandatory. Some brands offer shorter cuts that are designed to be worn untucked, so just double check the proportions in the mirror before leaving the house.

A short-sleeve button down should be untucked, and they’re usually designed with this in mind. If you wear denim, make sure it’s a darker shade. Unfortunately, some venues still disallow jeans. In that case, smart wool trousers are a solid option.

These are the most formal pant you can wear, but again the most likely to become a casualty if it’s a messy night.

Wearing Leather Boots In The Club 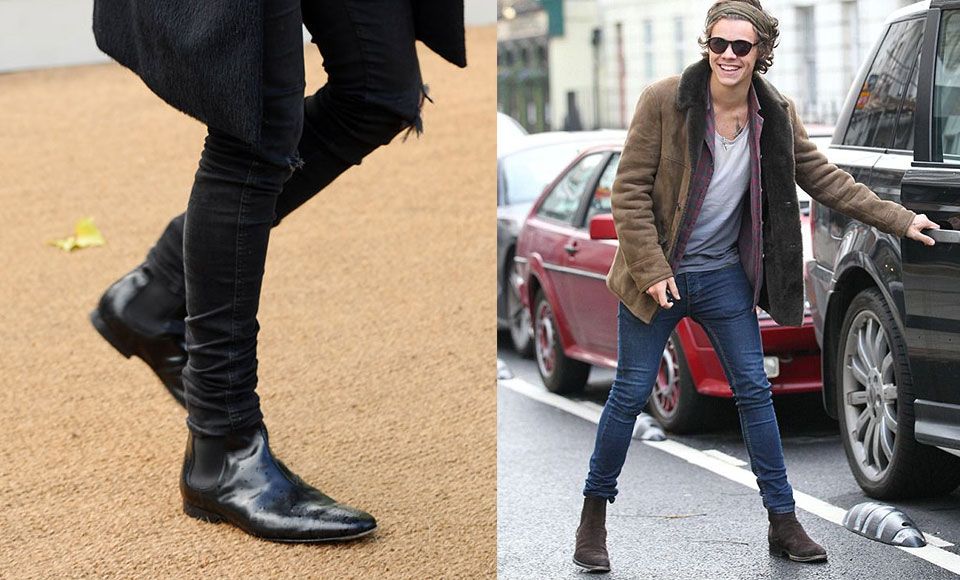 Shoes are serious business after dark. First up, closed shoes are a must. Loafers can be hit and miss, depending on the whims of the folks on the door and whatever standards the venue demands. Check in advance. Additionally, your suede shoes weren’t made for busting a move to the Bee Gees.

They’re an absolute monster to clean and they will get filthy after a night of stepping through chewing gum, puke, and spilled margaritas. Let us persuade (heh) you against it. Your best bet? Polished brogues or chelsea boots.

They’re not too corporate, nor too quirky, sitting in the middle of the spectrum of formality. You can dress them up or down with denim or smart chinos, and all it takes the morning after is a quick brush and some conditioner to set them straight again.

Wearing Sneakers In the Club 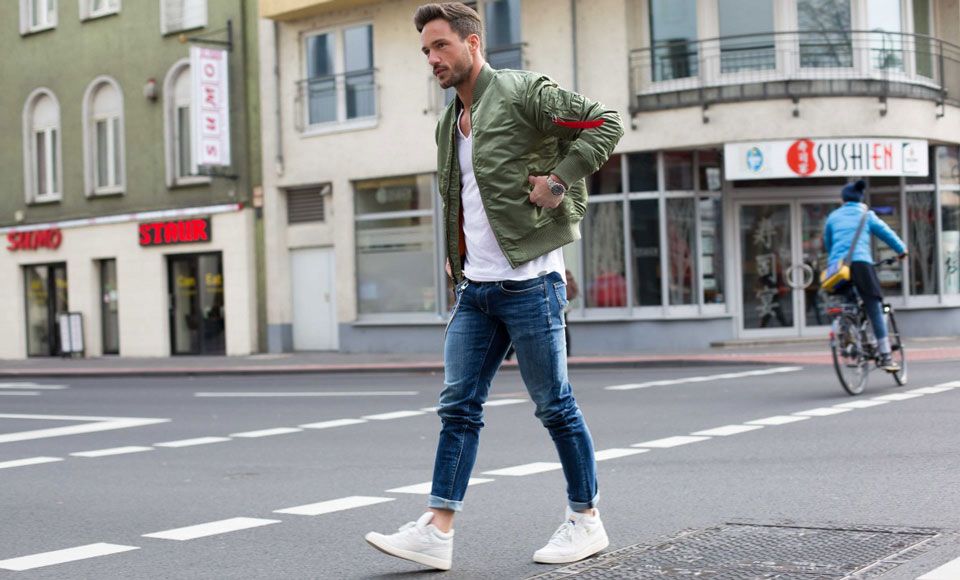 Everybody likes a pair of luxe sneakers, but that unfortunately doesn’t translate into universal acceptability on the nightlife circuit. R&B or hip hop venues aren’t as strict in this regard, but if you’re planning on hitting the sauce at a few establishments then you should probably give the sneakers some time off.

Some venues just don’t allow it, even if the bar where you started the night didn’t make an issue out of them. More to the point, your pristine white sneakers will become various shades of grey and green once you start getting down to your favourite Ed Sheeran disco remix.

Save them for Sunday afternoons at the local, or trendy hole-in-the-wall bars that employ cleaners who take pride in their work.

Wearing Hats In The Club 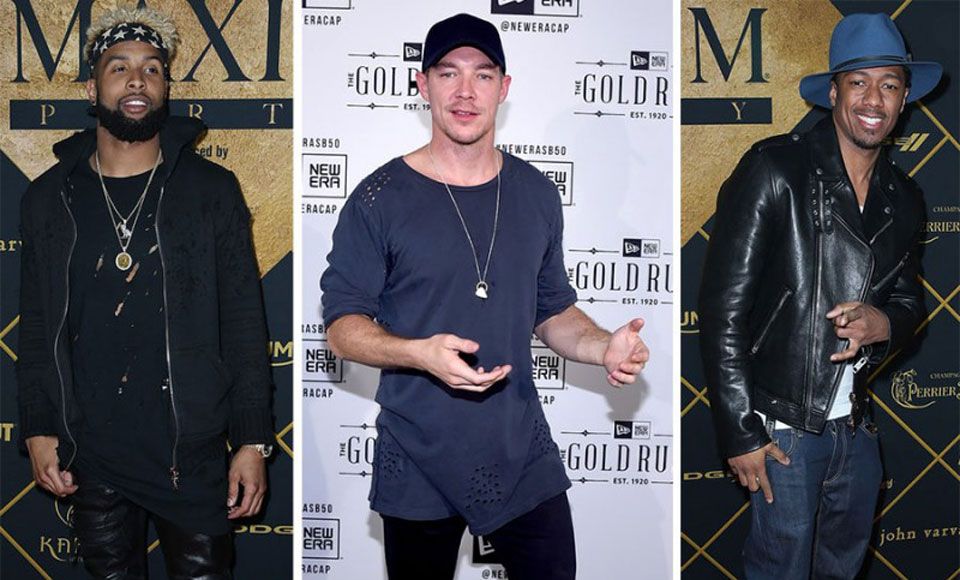 Unless you’re a bus driver or a copper you have no business wearing a hat to town. The upscale, trendy nightspots usually have standing prohibitions against hats, and spending your time salvaging hat hair after the bouncer has told you to remove your headwear isn’t much of a fun way to spend a night.  As for beanies – just don’t do it. Wearing a beanie to a club will make you look like you smell bad.

What pants should I wear to a club?

You can either choose jeans, chinos or trousers, depending on where you are going. Jeans are ideal for clubs with a more casual style, while trousers are best for formal settings. If unsure of what to wear, chinos are always a safe choice.

What accessories are appropriate for clubbing?

Keep your accessories minimal. Select a great watch to add interest to your outfit. If you plan on tucking in your shirt, choose a nice belt.

What should I avoid wearing at a club?

Clubs have dress codes so make sure you follow them before heading out. Wearing flip-flops or singlets are usual no-nos, but it still depends on the venue. If do not know what to wear, play it safe with a semi-formal outfit.